Second Verse, Same As The First?

When Manchester United earned a dramatic victory at West Ham United earlier in the season, it seemed like it would be a springboard to glory.

Instead, it served as one of the last feel-good moments of the Ole Gunnar Solskjær Era.

Four months after that win, United faced West Ham under much different circumstances. United were in the rare position of looking up at West Ham in the league table and have yet to play well for an entire match since Ralf Rangnick’s arrival.

That changed on Saturday. United needed a last-gasp goal deep into Fergie Time to win 1-0, but that doesn’t really tell the story of the match. United turned in their best defensive performance in months and only gave up one real chance. They held West Ham to six shots for the entire match, with only one on target. Unlike the 3-1 win over Brentford earlier in the week, David de Gea barely had anything to do against West Ham and didn’t have to make a single superhuman save. In fact, Rangnick was so confident that his defense would hold up, he gambled and took off Fred for an extra attacker and went with a 4-2-4 in the last 10-plus minutes of the match.

Meanwhile, on offense, Rangnick’s lessons look like they might be starting to stick. United pressed well as a team and forced West Ham’s players into countless turnovers and bad passes. United still need to work on carving out quality scoring chances, but pressing well and consistently, especially in the attacking half, will allow them to generate quasi-counter attacks where the other team is out of position.

In fact, the winning goal came from a West Ham mistake in the attacking half. Ryan Fredericks cut out Alex Telles’ pass and tried to head it to a teammate but left it short. Whether it was a genuine mistake or Fredericks rushed things because he felt he had to get rid of the ball before United could press him is something only he’ll know. Either way, it fell to Cristiano Ronaldo, who had taken up more of a #10 position in the second half, leading to several good United chances on goal. Ronaldo passed it to want-away Anthony Martial, who then gave it to his fellow sub Edinson Cavani. The Uruguayan hitman, who may or may not also want out, may or may not have been offside. The refs kept their flags down and Cavani expertly slid a pass across goal to third sub, Marcus Rashford, and the slumping forward knocked it home to send Old Trafford, and his teammates, into ecstasy.

There’s something to be said about a team that celebrates what should have been a routine league win as if it were a cup final, but for United, it was a desperately needed moment of catharsis. So much has gone wrong since that magical first month when United looked like genuine title contenders. We fell out of the title race before November. We crashed out of the League Cup in our first match. We got spanked by Liverpool and Man City at home and were outclassed by Watford, a team currently in the relegation zone. We fired our manager. We hired a new one and he immediately did a bunch of things the players didn’t like, so they started leaking info to the press. We read reports that there were cliques in the dressing room, as many as 17 first-teamers that wanted out, and several important players (including three-fourths of our starting defense, a/k/a anyone not named “Raphael Varane”) being deemed “not good enough” for the club.

So it was refreshing to finally see some clear signs of progress — and togetherness. Watching the team celebrate the winner the way they did may not put those rumors of locker-room division to rest, but it does give us reason to question them.

And it also gives us reason to hope. If United can play like this for the rest of the season, then maybe things will be okay after all. Maybe this time, beating West Ham will be a catalyst for bigger and better things going forward.

Or not. I guess we’ll find out, one way or the other. 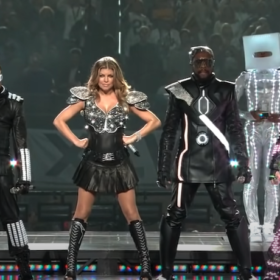 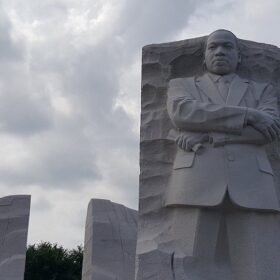