Plenty of wunderkinds have graced the Manchester United roster over the years, tantalizing the fans with their talent and raising hopes for the future.

On Sunday, the latest United starlet announced his arrival in a big way.

Alejandro Garnacho, an 18 year-old winger signed from Atletico Madrid in 2020, scored a 93rd minute match-winner against Fulham, securing a vital three points for United. Showing a stunning amount of pace and skill, Garnacho ran past three defenders and easily caught up to and put away a Christian Eriksen pass that looked heavy but turned out to be perfectly placed.

Garnacho’s match winner made him the youngest player to score a stoppage-time winner in the Premier League since Macheda in 2009. The goal, which saved United’s blushes after it looked like they were about drop points for the second consecutive weekend, capped off an excellent week for Garnacho. The Academy product came on in midweek against Aston Villa in the Carabao Cup and set up two goals to help his team advance. Earlier in the month, Garnacho scored the only goal in a must-win match against Real Sociedad in the Europa League (United won, but failed to make up the requisite goal difference, putting them into a two-leg elimination tie with Frenkie de Jong — I mean, Barcelona).

“Twice in three, four days, so that is really good,” Erik ten Hag said about Garnacho’s goals during the week. “I’m really happy that we can bring a young player up and it shows that when players deserve it they get their chances. That is the first one but we have to bring more. He’s great. I like that he has a big belief and that’s great to work with.”

“I think everyone is seeing signs that [Garnacho can go all the way],” Bruno Fernandes said after Sunday’s match. “Not because of his goals and assists but the way he comes into the game. Nobody likes to be on the bench so the attitude he has when he comes off has been fantastic.”

It’s all pretty heady stuff for a kid who only has a grand total of 10 senior appearances to his name. Signed in 2020 alongside two other Spanish youngsters, Barcelona’s Marc Jurado and Real Madrid’s Alvaro Fernandez, Garnacho etched his name into United lore by scoring a brace and securing the victory in the 2022 FA Youth Cup Final.

Sure enough, he’s seemingly developed an ego to match his talent. According to both ten Hag and Fernandes, Garnacho had displayed attitude problems during the team’s pre-season tour, including being tardy to two team meetings (no word on whether his excuse was that he “didn’t feel tardy”). His attitude is such that plenty of commentators are already highlighting it and some are even offering unsolicited advice to the kid about how to behave.

“He’s got something about him, no doubt about it,” Gary Neville said after Sunday’s match. “Bad attitude or not he can play, he’s brought an energy since he come on, the speed, the one-two. I remember Cristiano Ronaldo scoring a solo goal from that side many many years ago that won United the game, but not as late as this.”

The Cristiano Ronaldo comparison took on additional significance after the Fulham match. The disgruntled forward, who missed both the Carabao Cup and Fulham matches, gave an explosive interview with his friend, Piers Morgan and vented his anger at his perceived treatment at the club since his return last year. According to Ronaldo, it was the club that tried to force him out, not the other way around. “I feel betrayed,” he said in one clip that was released to social media. “Some people, I feel, don’t want me here. Not just this year, but last year too.”

Ronaldo went further. He claimed the team questioned whether his daughter was truly sick when the forward missed the team’s pre-season tour due to a family emergency. Last year’s Sir Matt Busby Award wasn’t afraid to name names, either, making clear his lack of respect for ten Hag and Ralf Rangnick, calling out the Glazers for neglecting the team, noting the lack of investment into the team by pointing out that most of the equipment at Carrington hadn’t been upgraded since his previous tenure at the club, and going after former teammates Wayne Rooney and Gary Neville for daring to criticize him.

Of course, like most things involving CR7, the interview took on a life of its own and detracted from what should have been a happy day for United. While United issued a terse statement about the interview, reports have circulated that ten Hag has told team officials that Ronaldo should never play for the club again, and that some of his teammates are disappointed with his outburst.

Whether this means he’ll finally get the divorce he so clearly wants is still unclear. After all, no team was willing to bid for him in the summer, and January transfers can be tricky to pull off. Maybe CR7 is banking on having a strong World Cup and then using that to convince a team desperate for a Champions League title to take a chance on him.

Either way, it looks like Ronaldo’s days at United are numbered. Whether the same will hold true for Garnacho remains to be seen. The starlet’s contract is nearly up and his strong play will, no doubt, attract plenty of suitors. Will he imitate Ronaldo by staying at United, winning titles and scoring for fun? Or will he imitate Ronaldo by leaving for a team like Real Madrid? Or will he come back after nearly two decades and then burn his bridge in a public, tell-all, score settling interview?

Who knows? Maybe it’ll be all of the above. 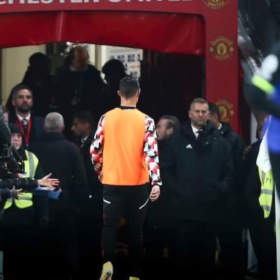 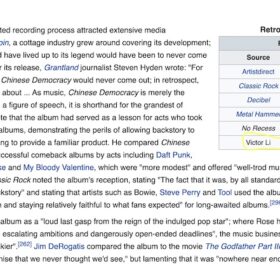