There was world class center half Raphael Varane looking like James Bond as he received a hero’s welcome before 70,000-plus fans. For once, United’s penchant for taking a long time to close deals worked in its favor, allowing Varane to have the kind of unveiling befitting a player of his stature. It also revved up the United fans, who were back at Old Trafford in full force for the first time since COVID-19.

There was Ole’s much-maligned 4-2-3-1 formation (complete with the McFred double pivot) dominating Leeds and holding Marcelo Bielsa’s high-octane attack in check. Fans may have gotten their hopes up that Man Utd might go with a 4-3-3, and there may be matches down the line where a more attacking formation will be warranted. Nevertheless, it was hard to find fault with United’s play on Saturday. Leeds only registered a handful of real chances, and Luke Ayling’s lone goal from well outside the box was top class, but was also the type of strike that he probably misses most of the time. Other than that, David de Gea had a relatively easy day at the office in his first match since that horror show against Villarreal in the Europa League Final.

There was some much-needed ruthlessness and fight from United — especially in attack. After Ayling’s equalizer, some classless Leeds fans started singing about the Munich Air Disaster and making fun of the Man Utd players that lost their lives on that runway back in 1958. Man Utd then went on a tear, scoring three goals in quick succession to put this one to bed. It’s the kind of response that seemed routine in the Sir Alex Ferguson days but has been in short supply in the years since.

There were other bright spots on Saturday. Jadon Sancho came off the bench and finally made his United debut after years of pursuit. Bruno Fernandes got a hat trick without needing to make any trips to the penalty spot. Mason Greenwood made a world class run down the left and left his defender in the dust before expertly finishing a brilliant pass from Paul Pogba. And speaking of the mercurial Frenchman, Pogba tallied four assists (one more than all of last year)- the first United player, and the eighth overall, to ever hit that mark in a Premier League match. All that despite the fact that his agent has all but promised that Pogba will be in Paris or Madrid next year.

Time will tell whether or not this United team is a legitimate title contender. Chelsea and Liverpool both looked strong on opening weekend and Man City will undoubtedly bounce back after a shocking 1-0 setback against Harry Kane-less Tottenham Hotspur. But for one day, at least, the feel good factor was back at Old Trafford. Here’s hoping there are many more days like this. 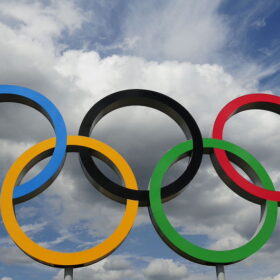