Comments Off on End of an Era

For those of us that watched him over the last couple of years, it was abundantly clear that Polamalu had become a shell of his former self. As a result of age and a bunch of injuries, his explosive first step had deserted him. For a player that relied on his physical skills as much as he did (he didn’t so much as read the game as he guessed and used his speed and strength to recover when he guessed wrong) losing that edge turned him into an ordinary safety – at times, even a liability.

Anyway, I’ll always remember him as anything but an ordinary player. From 2004 to 2010, he was, arguably, the best strong safety in football and one of the few defensive players that could single-handedly turn the tide of the game. A one-man wrecking crew that could disrupt any offense, Polamalu was the one guy every QB had to account for. And no one was more exciting to watch. He had an impressive one-handed interception against Tennessee in 2010, and it wasn’t even his best one-handed pick. And he wasn’t just about interceptions. He loved figuring out the snap count and leaping over the line of scrimmage right as the ball was being snapped but before the offensive linemen could get out of their three-point stances.

Even watching him line up on defense was a treat. In his prime, he’d stand up at the line of scrimmage and look like he was going to blitz, only to turn away as if he were going into coverage. He’d do this three or four times before the ball was even snapped, and his wild mane of hair (insured for $1 million by Lloyds of London!) would sway violently each time he twisted or turned his body at the line. Who knows what was going through the QB’s head by the time he finally got the ball. He was our very own Tasmanian Devil, and he could be pure destruction at full speed. When he stopped doing this routine at the line a couple of seasons ago, that should have been the first clue that he was on the way down.

Here’s hoping he retires instead of suit up for another team. And that his next stop is Canton.

UPDATE, 4/9/15: Polamalu officially announced his retirement. “I did not seriously consider playing elsewhere,” Polamalu said in a phone interview with the Uniontown Herald-Standard. “It was just whether or not I wanted to play.” 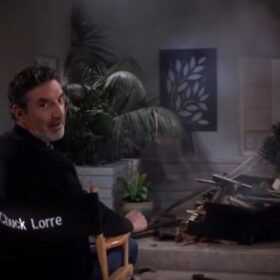