Comments Off on Ted Cruz Announces 2016 Bid for Presidency

Of course, he could still get tripped up on knowledge gaffes (like Rick Perry’s “oops” moment in 2012). He’s intelligent and quick on his feet, but a national campaign can be a difficult undertaking for anyone, and who knows what could happen during a grueling primary season where every moment is a potential YouTube viral video?

It’ll be especially interesting to see how he connects with Iowa and New Hampshire voters (where retail politics are king). For a guy who often sounds and looks like he’s looking down his nose at you, he’ll have a lot to work on before he hits the trail.

I’ve obviously spoken to him before, and I would have liked to have done a more in-depth article of his Senate campaign while I was at The American Lawyer. I did do a piece about how his opponent in that Senate race was trying to use Cruz’s time as a lawyer at a big-time law firm against him. It’ll be interesting to see whether it comes up again, especially given how most Republicans feel about lawyers. I doubt it’ll have the same type of impact as the Bain Capital attacks did on Mitt Romney, though.

UPDATE (07/06/2015): Who thought The Donald would steal Cruz’s thunder? I seriously didn’t see that coming. I thought, for sure, Trump would do his usual flirtation with running before ultimately deciding not to take the plunge (thereby getting weeks of free publicity while getting ready for what he really cares about: filming “Celebrity Apprentice”). I guess I was wrong. 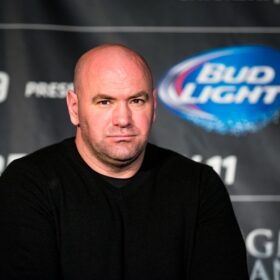