Comments Off on Thanks Dave!

A little context. When I sang in the Amherst College Glee Club, one of my tasks was to update the webpage. I ended up creating a whole new page from scratch that had some fancy bells and whistles that were fairly novel for the late 90s (Animated gifs! Manipulated images! Sound clips! – here’s a rough look at it via archive.org) Nowadays, it’s a second-rate page that was barely a step above those starter pages Tripod or Geocities used to give you when you signed up for their services. But back then? It was a pretty cool, cutting edge page – if I do say so myself.

Anyway, the folks at “The Late Show with David Letterman” saw the page and liked it and invited us to attend a taping (keep in mind – this is before the days when everyone and their mothers had webpages). Letterman had been the biggest thing in television when he jumped to CBS in 1993 after losing out on “The Tonight Show” to friend-turned-foe Jay Leno. Letterman was white-hot at the time and his show had relegated “The Tonight Show” to second place for two years, something that would have unthinkable during the Johnny Carson era. Leno pulled ahead after that celebrated Hugh Grant interview, and by the time we went to see Dave in 1999, he had long lost his grip on first place and was firmly in a period of ennui that ended with 9/11.

Still, going to see him was a big deal – most people still couldn’t get tickets to his show. And for me, it was even better considering the guest that night was Magic Johnson – my favorite basketball player of all time. It was right after “The Magic Hour” had been cancelled and Dave, surprisingly, steered clear of that topic. The two just talked basketball the entire time and I was surprised Dave didn’t rub Magic’s failed talk show in his face just a little bit. The old Letterman would never have let something like that slide – it would have been like Magic deciding not to take a wide-open layup because he felt bad for the opposing team. Magic even seemed surprised and complimented Dave’s knowledge of basketball. Maybe it was out of boredom – or maybe Letterman respected Magic too much to do that to him. With the obvious exception of Leno, Letterman always had a strong bond with his fellow late night talk show hosts and was always seen as the dean of late night after Carson’s retirement. It’s obvious, given how emotional and choked up his competitors got this week, just how much an impact Letterman had on the guys who were trying to beat him in the ratings.

So where does the logic exam come into it? Well, I had to ace it in order to get an A in the class. That professor had a rule that we could make up one exam before the end of the semester, but if we chose to do this, we’d have to show up on a designated day and time to take it. That day happened to conflict with the Letterman taping, which meant I had to get a perfect score on the last exam before the makeup day so that I wouldn’t have to re-take any tests.

I got to go to the show. It was May 4, 1999 and it was show #1,120 for Dave on CBS. I saw a Top Ten List, a funny bit involving parallel parking, a girl trying to bring back ice cream trucks, Silverchair performing one of their lesser-known songs, and of course, Magic Johnson. It was hardly one of his most memorable shows and, in fact, it was pretty clear that he was phoning it in that night (an inspired Letterman was second-to-none, as we saw during the 2010 Tonight Show conflict and during the one-hour tribute show to the dying Warren Zevon – a lazy Letterman was the price we had to pay to get to see the great Dave every so often). For me, though, it was the best show ever – certainly one of my personal favorites. 3,053 shows later, Letterman retired last night with a picture-perfect finale.

Thanks for the memories, Dave! 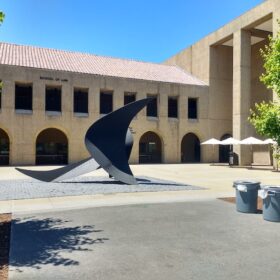