Manchester United finally ended its long silverware drought, winning one of the most prestigious trophies in football while destroying the same Liverpool side that nearly won the quadruple last year and annihilated them by an aggregate score of 9-0.

Oh wait. It was a preseason match in Thailand against a Liverpool squad featuring many players who will likely spend the next season in the reserves or on loan with other teams. Treating the match as little more than a glorified training session, Jürgen Klopp rotated through 32 players and might have won the game if his players had been a little more match sharp.

Still, there was plenty for United to be happy about:

That’s the word with this team: “potential.” This team was bad last year, no question about it. But a lot of that could be chalked up to lack of cohesion, structure, stability and identity. There’s always been talent here. Here’s hoping Erik ten Hag can figure out how to best utilize it. 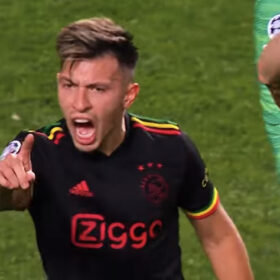