All Part of the Plan?

In many ways, the just-completed transfer window was a sort of Greatest Hits complication of Manchester United’s mistakes from previous ones. So Greatest Misses, then?

For instance, there was the long, drawn-out and ultimately fruitless pursuit of a Barcelona midfielder who didn’t seem interested in leaving the Camp Nou.

There was the decision not to spend a reasonable amount of money to buy a player from the manager’s previous team, only to then get desperate, come back late in the transfer window and be forced to pay a premium.

There was the panic purchase of a top-class player who has won big trophies and could yet come good at United but probably isn’t a fit for their style of play.

And, of course, there was a transfer bid that seemed more like a late April Fools prank than a genuine deal.

The only thing that was missing was a group of shady intermediaries turning up at a team’s doorstep claiming to represent United only to be disavowed by the team. But then again, this window had a player’s mom scupper a move over wage demands, so there’s that.

Nevertheless, there’s a lot to like about what United ended up doing in the transfer window — costs be damned.

After ignoring the defensive midfield position for a long time, United went out and got one of the best in the world in Casemiro. United desperately needed to upgrade at center half and Lisandro Martinez has settled in quite nicely after a nightmarish beginning. Tyrell Malacia brings a lot of qualities that Luke Shaw lacks at left back, and Christian Eriksen has been fantastic (albeit with one big blot on his resume thus far — then again, no one played well in that Brentford match). United needed an upgrade at right wing, and broke the bank for a player that could, hopefully, be their next Cristiano Ronaldo. It wasn’t quite the 10-player surgical procedure former interim manager Ralf Rangnick recommended, but it’s close.

They also did a good job in getting rid of players that, in many instances, needed to go. Paul Pogba, Jesse Lingard, Lee Grant, Juan Mata, Nemanja Matic and Edinson Cavani left on free transfers, Eric Bailly, Dean Henderson and Alex Telles were sent out on loan while Andreas Pereira, Tahith Chong, and James Garner made permanent moves away from the club.

Nevertheless, it’s hard to shake the belief that this club, ultimately, has no idea what it’s doing when it comes to transfers. Sure, it was the first window for football director John Murtough and CEO Richard Arnold, so there were always going to be growing pains. But at times, it seemed as if the club lurched from Plan A to Plan B to Plan C and beyond with very little rhyme or reason.

Understandably, they focused on Frenkie de Jong for much of the summer since Erik ten Hag made clear that the Barcelona man and ex-Ajax star was his ideal midfielder. To Murtough’s credit, he did his part to get the deal over the line, agreeing to an €85 million transfer in mid-July with Barcelona. He even agreed to personal terms with de Jong’s agent in mid-August. Ultimately, it was de Jong’s unwillingness to leave, as well as a thorny issue over deferred wages, that scuppered the deal. That wasn’t ideal, but these kinds of things happen. And for whatever reason, Barcelona seems to have brainwashed their veterans into being okay with making sacrifices for the financial well-being of the team, and then watching as the team then takes their money and spends it on new players.

So it was onto Plan B. Leicester City have a good ball-carrying, slick passing midfielder who could have been had (especially by a team seemingly in rebuilding mode), but United never made a move. Then, it was reported that ten Hag liked Napoli’s midfielder Fabian Ruiz, who was in the last year of his contract and seen as the player most similar to de Jong. However, a bid for Ruiz came in too low for Napoli’s liking and the player ended up joining Paris Saint-Germain.

Instead, United settled on Juventus midfielder Adrien Rabiot, quickly agreeing to a £15 million transfer. The deal was strange for a few reasons. For one thing, he’s a different type of player than de Jong or Ruiz. According to Down the Wings, he ticks off a lot of boxes for ten Hag — namely, he’s good at carrying the ball forward, retaining possession, passing and defending. He’s not necessarily a creative player, though, and can go long periods of time looking like a peripheral participant in matches. Worse, he has a reputation of being controversial and mercurial — and that’s before you factor in his mother, who acts as his agent, hype person, and enforcer. According to Forbes, Veronique Rabiot demanded a pay increase for her son (somewhere in the neighborhood of €8.5-10 million a season, plus annual bonuses, as well as another €8-10 mil as a commission for herself), which effectively killed the deal.

At around the same time, United tried to address its deficiency at forward. Anthony Martial has been injured, missing four of the team’s first five matches, while Cristiano Ronaldo spent most of the transfer window batting his eyelashes at any team in the Champions League that might be willing to take him. Ten Hag decided to go for a stopgap forward, which made sense at the time. United have done well in recent years with temp strikers like Michael Owen, Zlatan Ibrahimovic and Cavani, and there were some big names available on free transfers, like Paulo Dybala and Andrea Belotti, as well as Mauro Icardi, who PSG were desperate to unload.

Instead, ten Hag made a move for former Stoke and West Ham forward Marko Arnautović. Ten Hag had previously worked with the Austrian international during the former’s time as Steve McClaren’s assistant at FC Twente. However, Arnautović had not exactly covered himself in glory in the Premier League, never scoring more than 12 goals in a season. Recently, he played in the Chinese Super League, usually a sign that a player’s career is almost over, before returning to Europe to play for Bologna in Serie A. He did well in Italy, managing a career high of 15 goals in 34 appearances during the 2021-22 season and was off to a good start this season, scoring 3 in his first 5 matches.

Nevertheless, to say that fans were less than impressed with this move would be a severe understatement. Even Ragnick, his national team manager, initially thought it was a joke. Arnautović clearly wasn’t good enough to play for United and no amount of familiarity with ten Hag’s system would change that. As such, after mounting pressure, United had to end its pursuit of Arnautović.

The abortive deal became emblematic of the team’s scattershot approach and seeming lack of overall direction. It also served notice to ten Hag that he just can’t rely on players he’s coached or worked with in the past. That kind of small-team mentality was one reason why David Moyes didn’t last. Hopefully, ten Hag and the new board have learned their lesson. If not, we can expect Maarten Stekelenburg, Dušan Tadić and Daley Blind to make their way over next summer. 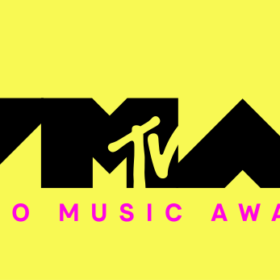 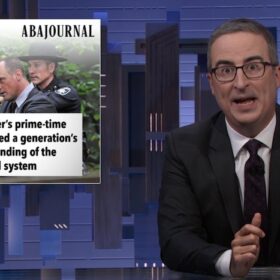