When U.S. District Judge Kimba Wood of the Southern District of New York dismissed the UFC’s earlier lawsuit in March, she all but laid out a roadmap for the UFC to follow in a subsequent lawsuit – if it chose to do so. Wood suggested that the UFC file a new complaint that focused on the vagueness of New York’s Combative Sports Law. More importantly, Wood threw out the case due to lack of standing, but pretty much told the UFC how to get it. In essence, her hands were tied because the UFC couldn’t prove that it had suffered an “actual or imminent injury” under federal law. The UFC’s argument has always been that the ban prevented it from holding an event in New York state, thereby costing the organization millions in potential ticket sales, PPV revenue, and merchandise sales. Wood, however, had maintained that the UFC’s damages were too hypothetical. In other words, because the UFC hadn’t actually scheduled an event in New York that was then cancelled under the ban (causing it to lose out on an actual sum of money), it lacked standing to sue.

That was probably why on Monday, the same day the UFC filed its new lawsuit in federal court, the organization also announced that it had booked Madison Square Garden for a UFC event in April 2016. While I’m sure Dana White sincerely hopes that the event goes forward, it seems as if the primary reason why the event was scheduled was to give the UFC standing to sue. The UFC is requesting an injunction so that it can hold the event at MSG – usually when there’s a time-sensitive matter and there’s an injunction involved, courts will expedite the case. As such, we should know fairly soon whether or not the MSG event is actually going to happen, or if the UFC will need to make alternate plans (like head across the river to New Jersey).

The UFC also followed Wood’s advice to focus on the vagueness of the statute. In its complaint, the UFC called the CSL “so badly written that neither ordinary persons nor state officials are able to say with any certainty what it permits and what it prohibits.” The UFC also called the CSL “putty in the hands of state officials” in that “as the holders of state offices have changed, so, too, has the official interpretation of the CSL” For instance, the complaint noted the state routinely sanctions professional karate, kickboxing and Muay Thai events but not MMA and specifically called out named-defendant Eric Schneiderman, Attorney General for New York, “for a history of equivocation and flip-flops” over whether or not MMA organizations could hold events in the state.

The complaint was also notable based on who signed it. In a clear signal that the UFC is not messing around anymore, the organization called in one of the biggest guns available by hiring former U.S. Solicitor General Paul Clement. The Bancroft partner is mainly known for his politically-charged cases, such as challenging Obamacare, and defending DOMA and Arizona’s controversial immigration law. He’s also represented NBA and NFL players in recent labor negotiations. “Paul truly is the best lawyer of his generation, and if he can’t win the case, no one can,” said Neal Katyal, the former acting solicitor general under Obama.

If he wins this case, then he’ll probably get free UFC tickets for life. On top of his usual hourly fee of $1,350 of course. It’s good to be the champ. 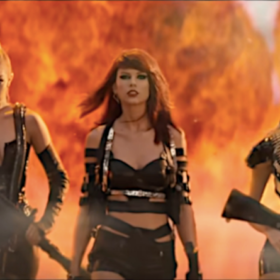