Manchester United already had the weight of the world on their shoulders in the weeks leading up the Europa League Final in Stockholm. After a disappointing Premier League campaign in which United finished a distant sixth and never really threatened for a top-four finish despite reeling off a 25-match unbeaten run, United had no choice but to win the trophy they had long turned up their noses at if they wanted to play Champions League football next year. To add more pressure to the pile, several of their transfer targets, including the big one, were, reportedly, contingent on having Champions League football next season. Jose Mourinho, who had once said that winning the Europa League would be a big disappointment for him, had added to the pressure by fielding weaker teams down the stretch in the Premier League in order to keep his strongest players fresh for the cup final against Ajax.

Then, on Monday, a suicide bomber detonated a nail bomb at an Ariana Grande concert at the Manchester Arena, killing at least 22 people and wounding nearly 60 others.

Shocked United players and team officials now found themselves in a position where they had to lift the spirits of a still-grieving city (and country). UEFA, for its part, accommodated United as much as possible, agreeing to cancel the pre-match press conference, shortening the opening ceremony and allowing both teams to honor the victims with a pre-match moment of silence.

With all of that pressure on United, the players could have either folded or risen to the occasion. Luckily, they did the latter, defeating Ajax, 2-0, to claim the one European trophy that had always eluded them.

Mourinho’s “specialdom” may have taken a hit this season, but he remains one of the best single-game tacticians in the sport. Taking a page from his old Chelsea playbook, United soaked up pressure from the young and inexperienced Ajax team, ceding nearly 70 percent of the possession. Despite that, Ajax rarely threatened, and goals from Paul Pogba and Henrikh Mkhitaryan were more than enough to put the result beyond doubt. In the end, the only questions were whether Wayne Rooney would get into the match from the bench in what could be his final match for United (he did) and who would be “Man of the Match” (Ander Herrera won, but Pogba, Daley Blind or Marouane Fellaini could have taken it).

Of course, speculation will now turn to who’s leaving the club and who’s coming in. But before that happens, this United team has earned the right to enjoy this victory. This was, without question, the biggest match of the post-Sir Alex Ferguson Era and, given the circumstances under which they played, it will go down in history as one of the most significant wins in club history.

And hey, two trophies are two trophies. Tottenham, Liverpool and Man City didn’t even get one this season. 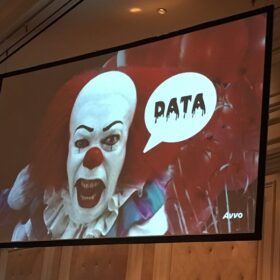 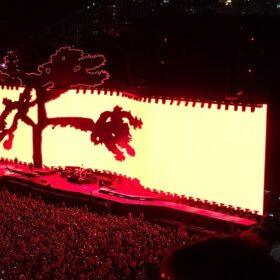