Comments Off on (Re)-Strike it Up: The Continental Dollar Restrike

Restrikes aren’t generally a good investment when it comes to numismatics. Defined as a coin struck at a later date using the original dies (essentially, a backdated original coin), restrikes aren’t necessarily the same as copies, yet they aren’t originals, either.

Nevertheless, some restrikes have become popular – and in some cases, extremely valuable. For instance, the modern restrike of the 1780 Maria Theresa Thaler became one of the most widely-used trade currencies in the history of the world.

Meanwhile, another restrike is the mythical “1804” U.S. Silver Dollar. A small number were minted in the 1830s by the Jackson Administration to be given out as diplomatic gifts – 15 are known to exist and each one is worth millions.

To a lesser degree, the “1861” Confederate States of America half dollar is also quite valuable and expensive. The J.W. Scott restrike can cost upwards of $12,000 while the Bashlow restrike is a bit more affordable but can also hit the $1,000 threshold. That may be a fortune for most people, but it’s also the only way you’ll ever get your hands on any sort of Confederate half dollar. That’s because only four original halves are known to exist and the most recent one to be sold went for almost $1 million.

The vast majority of restrikes don’t come close to that kind of rarefied air. In fact, many are affordable alternatives to rare coins most people could never hope to purchase.

For instance, the original Continental Dollar was long seen as a pattern coin, which means a limited number were produced for evaluation purposes, making the coin highly valuable.

However, the coin’s origins are murky and have been the subject of historical debate. For one thing, there is no known document or record by the Continental Congress authorizing the coin, which was based on designs from Benjamin Franklin, and struck on pewter, brass and silver planchets in 1776. The long-accepted hypothesis put forth by noted numismatist Eric Newman is that the coin was an attempt by the Congress to create a new form of fiat currency that would replace the unstable paper money-based system then in effect.

The Continental Congress during 1776 was struggling to obtain specie to support its paper currency and credit and to make purchases necessary to continue the revolution. The little specie obtainable was quickly used to buy war supplies from sources which would not accept paper currency or credit and many a proposed purchase of military needs was turned down for lack of specie. The possibility of obtaining silver for coinage was only a hope never to become a reality and it therefore was entirely logical for some members of the government to think that a dollar size coin of high quality pewter with a shiny and silvery appearance might have a stabilizing effect on depreciating Continental Paper Currency if silver could not be obtained.

However, several numismatists and historians took issue with Newman’s work, pointing out a lack of documentation for his arguments. An alternative theory emerged arguing that the coin was actually a token produced in Great Britain that was meant to make fun of the nascent U.S.A. for its desire to be independent – as well as its inability to develop a strong form of currency.

Regardless of the origin of the coin, what’s clear is that it’s a truly striking and eye-catching specimen. The obverse contained an image of a sun dial underneath the rays of the shining sun, as well as the Latin word “Fugio” (I flee/fly), and the phrase “Mind your business” – essentially telling coin holders that “time flies, so mind your business.” According to the Cato Institute, while the phrase “mind your business” was meant almost literally in that it applied to actual commerce and was not a warning to others to stay out of things that didn’t involve them, the witty and whimsical Franklin almost certainly put it there because of its double meaning. In a way, it makes sense for a country that prides individualism and has “don’t tread on me” as an unofficial slogan to have a coin telling people to leave you alone.

Meanwhile the reverse of the coin contains a fairly self-explanatory image of 13 links of a chain with each link containing the name of one of the original colonies. In the center of the coin it reads: “We are one” and “American Congress.”

Original Continental dollars can be worth a fortune. One of the silver coins sold for over $1.4 million in 2014, while a pewter coin (purchased for 50 cents at a flea market) certified as original by PCGS last month is thought to be worth $100,000 or so.

As such, Continental Dollar restrikes have long been a popular choice for collectors. Over the years, the original dies have changed hands between several private minters and numismatists. The restrike I bought was struck and issued in 1962 by noted numismatist and historian Q. David Bowers. It was pretty affordable and cost less than $100. I’ve seen uncertified ones on eBay go for as low as $10, but then you run the risk that the coin is a copy or counterfeit.

The iconic Continental Dollar design proved inspirational when it came time for the newly independent United States to start minting its own coins. Unlike with the Continental Dollar, the Congress of the Confederation (which was created by the Articles of Confederation) explicitly authorized the minting of a copper penny bearing a design similar to Franklin’s in 1787.

What happened afterwards is a torrid tale of graft, deceit and corruption. To make a long story short, a U.S. Treasury official took a bribe to award the contract for minting Fugio cents to a private minter based in Connecticut, who then delivered a fraction of the promised coins due to inability to secure enough copper. The coins were also poorly struck – as such, finding one in great condition is bound to cost you a ton.

The whole affair soured the country on the Fugio cent (the ones that were made were sold to a third party at a loss, while a stash ended up hidden away at the Bank of New York). The affair also caused the parties involved to flee the country for a time and helped convince the Founding Fathers of the wisdom of having a centralized, national mint.

And yes, the Fugio cent has a restrike of its own. The “New Haven restrike,” was neither minted in New Haven nor was a restrike since it wasn’t made from the original dies. Nevertheless, these coins are quite popular with collectors and their prices can rival those of the original.

So I guess if I want to be able to afford one of those, I’ll have to wait for the restrike of the restrike. 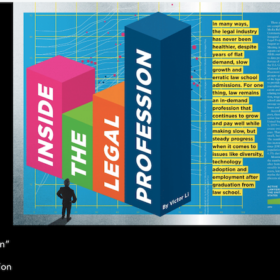