Comments Off on Album Review: “Head Job” by Phil Rudd

According to Rolling Stone, Rudd was angry about the disappointing sales of his solo debut album, Head Job and fired a bunch of his employees. In September, Rudd allegedly threatened one of those former employees and soon found himself in hot water. Rudd now faces seven years in prison, although he’s planning on asking for leniency to avoid jail time (or else he’s gonna make a jailbreak – sorry, I’ll show myself out). Hey, it’s worked before- he skated on a domestic assault charge in 2007 and a drug conviction in 2011. Then again, the judges in those cases went easy on him because they didn’t want to jeopardize his ability to tour with AC/DC. Rudd can’t really play that card this time.

So, was Head Job really that bad? Or did Rudd have unrealistic expectations of, what amounted to, a side project? Was the album really worth threatening to kill someone (allegedly…)?

On the one hand, I can see why Head Job‘s failure would upset Rudd (although not enough to drive him into a murderous rage – allegedly). According to interviews, Rudd spent over 20 years recording and working on this record and he was said to be extremely proud of it. Clearly, this was a labor of love for him and not seeing it succeed (especially considering the massive sales for AC/DC’s last album, Black Ice) must have been a bitter pill for him to swallow.

However, it’s easy to see why Head Job didn’t kill it. On the whole, it’s a lightweight album. The lyrics are weak and the songs are repetitive. The album also drags considerably in the middle, and even though the album is less than 45 minutes long, it took me nearly triple that to get through it because I just got sick of listening the same stuff over and over again.

While it’s not fair to compare Rudd’s solo effort to AC/DC’s vast discography, it’s inevitable that a lot of listeners will expect some similarities. To be clear, Head Job doesn’t come close to measuring up to AC/DC’s stuff (even the underwhelming Rock or Bust was better)- but that’s not the point. While Rudd mostly sticks with the same style of straightforward rock ‘n roll that made AC/DC into what it is today, that (plus Rudd’s always impeccable drumming) is really the only resemblance that Head Job bears to AC/DC. Rudd actually experiments with other genres of music including funk and grunge. “No Right” sounds like a Power Station song- sans horn section, while “Lonely Child” sounds like a Soundgarden outtake.

It’s a bold decision by Rudd to venture that far outside of the AC/DC play book- one that could have been rewarded had he chosen a better lead vocalist. Rudd, who sings background vocals, was wise not to pick a Brian Johnson (or Bon Scott) sound-alike as his lead singer. Instead, lead vocalist (and bassist) Allan Badger sounds like a less assured version of Lemmy, right down to the growling and limited vocal range. As such, the record sounds more like Motorhead-lite than AC/DC. Badger is fine as a lead vocalist when the band is performing a regular rock song. However, when they step out of that comfort zone, his limitations get exposed. On “Lonely Child,” for instance, his voice nearly cracks a couple of times. Meanwhile, on “The Other Side,” a Kenny Loggins 80’s-style rock song, Badger’s lack of range prevents the song from really taking off. Imagine it this way. Had Badger and Loggins switched places, then Maverick’s planes would have been grounded permanently, Carl Spackler would have missed the cut at the Masters and Ren McCormick would have accepted the Beaumont ban on dancing. Badger’s lack of range also prevents the aforementioned “No Right” from hitting its potential. Instead, it just sounds like a bad Nile Rodgers demo. On the other hand, Geoffrey Martin’s guitar playing is quite good throughout, and it would have been nice to see him get some recognition as a result of “Head Job.”

Of course, this is Rudd’s band and the focus is on him and his drumming. Or rather, it should be. After all, the beauty of Rudd’s drumming is that you can hear his beats dancing as he plays. His groove is the main reason why AC/DC is one of the few metal bands people can actually dance to (as opposed to moshing, slam dancing or pogo-ing)- and is probably the number one reason why strip clubs always have to pay a ton in licensing fees to Angus and Malcolm.

Instead, his drumming is almost an afterthought on most of the songs, and that is the biggest disappointment on Head Job. Rudd said that he was deliberately trying not to make the drums sound too big, but in doing so, he seems to have gone too far in the other direction. His signature groove and beat are really only present on a few songs. Incidentally, they happen to be the best songs on the album. Lead single “Repo Man” is a catchy song that is, far and away, the best track on the record- and the one that sounds most like AC/DC. Between the thunderous guitar riff, the key changes between sections and Rudd’s driving beat, you could picture Angus and Co. playing this on tour as a showcase for Phil (you know, if he didn’t have other commitments right now). The title track is also quite good, as is the final track, “When I Get My Hands On You.” As with “Repo Man,” Rudd’s drumming propels those two tracks forward and give it a swagger that the other songs sorely lack.

Head Job is the ultimate “donut” album in that the first song and the last two songs are quite good, but there’s nothing in the middle. It’s probably worth checking out if you’re an AC/DC completist. And, of course, if you don’t want angry drummers calling you (allegedly…).

UPDATE (07/09/15): Rudd was sentenced to eight months of house-arrest. According to NBC News, the judge shot down Rudd’s argument that he needed to be discharged because he could lose out on millions in future tour revenue, noting that AC/DC had replaced him and didn’t seem to miss him. “Queen replaced Freddie Mercury,” the judge pointed out.

UPDATE (07/20/15): Rudd’s been arrested again – this time for allegedly violating the terms of his house arrest by consuming alcohol. Talk about being a “Problem Child.”

UPDATE (11/19/20): Rudd’s back in AC/DC. Their new single, “Shot in the Dark,” is quite catchy – although it’s nothing we haven’t heard before. It sounds a lot like “Stiff Upper Lip” – similar riffs, structure and rhyming schemes. But hey, it’s nice hearing his drums on an AC/DC song again. 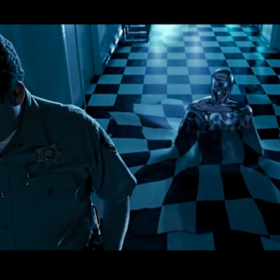 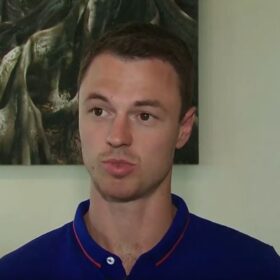