After all, this is a band that never did anything on a small scale. No artist had ever dreamed of doing multi-leg, multi-continent and multi-million dollar stadium tours until Led Zeppelin perfected the template. No act had ever had the audacity to demand 90 percent of gate money until Led Zeppelin’s manager, Peter Grant, did so. In an era where artists were seemingly required to commission artists to produce a gaudy piece of pretentious art that would serve as an album cover, Led Zeppelin even managed to make this guy seem modest. Led Zeppelin thought nothing of spending $2,500 a day just to lease a luxurious state-of-the-art Boeing 707 to shuttle them around the United States in 1977 (that may seem like chump change, but it’s equivalent to about $10,000 in 2012 dollars – plus gas is a little more expensive these days). And of course, this is a band that engaged in so much debauchery that they made Motley Crue look like the Benedictine Monks of Santo Domingo de Silos (two words: shark attack).

Essentially, if they had had Spinal Tap’s amplifiers, 11 would have still been too soft for them.

So why put out a measly concert film documenting the band’s triumphant one-night reunion at the Ahmet Ertegun Tribute Concert at the O2 Arena on December 10, 2007? Shouldn’t the band have filmed the show with IMAX cameras? Or done it in 3D with THX sound? Plain old silver screen just doesn’t seem to do the band justice – especially given the Hollywood flavor that has always followed the band around.

That’s still a headscratcher to me. Nevertheless, “Celebration Day” is more about bringing the story to a close than living up to Zeppelin’s outsized reputation. And if you think about it, the band’s career up to the current day dovetails nicely with Hollywood’s “music movie methodology.” Well-regarded but little known musicians come together, overcome adversity, and work their way to the top, whereupon they reach dizzying heights of success before drugs, alcohol and tragedy tear the band apart. The epilogue of any good music movie shows the band experience one last moment of triumph before the screen fades to black (witness, the Dreamgirls reunion, Ray Charles quitting drugs or Johnny Cash finally getting the girl).

Until 2007, Led Zeppelin never had that moment. It wasn’t for lack of trying. Their reunion at Live Aid probably wasn’t going to touch what Queen did, but they were so bad (probably as a result of lack of rehearsal) that they actually had to deny Bob Geldof permission to include their performance on the Live Aid DVD (clearly, it had been a long time since they rock and rolled – watch at your own risk). Their reunion at the Atlantic Records 40th Anniversary Show was equally poor, as Jimmy Page was drunk and Robert Plant was bitter about having to sing “Stairway to Heaven” (Plant looks like he’d rather get a root canal than sing Led Zeppelin’s best-known song here). And of course, there was the Rock & Roll Hall of Fame induction ceremony where Jones was mad that Plant and Page reunited without him and they let a epileptic patient play lead guitar on “When the Levee Breaks” in order to fulfill their “Make-A-Wish” Foundation commitments (oh wait, that’s not what happened?).

In these “performances” the band seemed worn out, over-the-hill and sick of one another. That’s because, in many instances, they were. Plant’s voice seemed shot. Page’s years of hard-living looked to have robbed him of some of his skill. Jones resented the other two for treating him like a third-wheel. None of the drummers they got were as powerful or forceful as John Bonham (even his son, Jason – a fine drummer – doesn’t quite measure up).

What made their show at the O2 Arena before 18,000 lucky fans that won the lottery (literally, there was a lottery for tickets – 20 million entered – including myself) so special was that, for one night, it was like they were back to their best. The band rehearsed for six weeks and produced a show that critics and fans alike regarded as one of the best rock performances of all time. Performing a blistering two-hour set of their best and most beloved songs, Led Zeppelin showed they could still play at a high level. From the opening notes of “Good Times, Bad Times” to the extended drum outtro in “Rock ‘n Roll,” Zeppelin made sure they hit all right notes as they sought to remind people why they reigned supreme for much of the 70s, as well as introduce themselves to a whole new generation of fans. They had their Hollywood ending.

Robert Plant’s ambivalence towards his Led Zeppelin legacy is well known. However, even he looked to be enjoying himself on stage (save for a by-the-numbers rendition of “Stairway” that ended with a Plant cheekily tipping his imaginary hat and saying “Ahmet, we did it”- conceding defeat to Ertegun in his eternal quest to avoid singing the song). His voice sounded the best it has in decades, although the band wisely stayed away from songs with lots of high-register notes (“Immigrant Song” and “Battle of Evermore” for instance). Clearly, his work with Alison Krauss has revitalized him as a vocalist. John Paul Jones, long known for his versatility, demonstrated that he’s lost none of his talent as he alternated between his melodic bass playing and showing off his chops on the keyboard. Jason Bonham had his moments too and, while he didn’t quite play like his father (then again, who does?), he certainly did his old man proud.

But of course, the band has always revolved around Jimmy Page. The band’s primary songwriter (all but two original Led Zeppelin songs were written or co-written by Page) and main producer, Page has seemingly lived for Zeppelin ever since he formed the band out of the ashes of the Yardbirds, and he continues to be the main guardian of the band’s legacy. It’s not a coincidence that his rise and fall parallels the band’s peaks and valleys. When he was a lean, mean, guitar playing machine in the late 60s and early 70s, he was the best in the world, and only Jimi, Eric Clapton and Jeff Beck were in his class. As he descended into heroin abuse and spent the rest of the 70s and early 80s in a drug-related stupor, he was still good, but his sloppy and uninspired playing served more as a sad reminder of what he used to be. If you want to see how heroin can affect you, watch Page’s performance on “Trampled Underfoot” at Earl’s Court in 1975 and contrast that with what he did at Knebworth on the same song four years later.

On “Celebration Day” he was back to his best, and reminded us all that no one has ever looked as cool on stage as him. Page’s playing was the sharpest its been since Led Zeppelin’s heyday and made us all wonder why he doesn’t seem to be willing to share his talent with us on a more regular basis. Since Zeppelin broke up, Page has only released one true solo album, 1988’s “Outrider” (featuring the underrated single “Wasting My Time”). He worked with Paul Rodgers in The Firm and with Robert Plant soundalike David Coverdale in Coverdale/Page (which produced the very good single “Pride and Joy”, and a mediocre album). Otherwise, most of his output has been reliving Zeppelin with Plant, the Black Crowes or, sadly, Puff Daddy, and doing cover tunes and original songs with Plant. In a way, Page seems unable to move on from his greatest achievement. It’s probably not a coincidence that he was most gung-ho about a reunion following the O2 Arena performance, thinking, perhaps wishfully, that Plant would be on board once he was done touring with Krauss.

And why wouldn’t Plant be on board? After all, he seemed to enjoy himself during the reunion show. But it was telling that he seemed happiest when he was doing something new, such as performing “For Your Life” and “Ramble On” for the first time with the band, or harmonizing with Jason Bonham on “Misty Mountain Hop.” It’s possible Plant’s head would have exploded if the band had finally debuted “Carouselambra” before a live audience. Maybe that explains why he was unwilling to bail on his tour with Alison Krauss when every single Zeppelin fan (and probably Page and Jones) wanted him to. Retracing his steps doesn’t seem to appeal to him, especially since he clearly doesn’t need the money. And from what I’ve read about Plant, he has a lot of bad memories from the last days of Zeppelin, especially stemming from the death of his son, Karac (only Bonham bothered to show up for the funeral). Maybe he just doesn’t like his bandmates- at least not enough to go on tour with them.

In a way, it’s good that the O2 Arena gig will serve as the epilogue for Zeppelin’s wildly successful career. It’s just like the old showbiz mantra says: “Always leave them wanting more.” We’ll always wonder if they could have topped that night in 2007 when everything came together for them and they finally got the Hollywood ending they deserved. Maybe they resulting tour would have been a bust, a reminder that not all old wounds have healed and rock is still a young man’s game. Or maybe they would have put on the greatest tour known to mankind. We’ll never know. And that’s the point. There’s a scene in the extended version of “Almost Famous” where Stillwater’s manager (played by Jimmy Fallon) explains the value of mystique by holding a lighter in one hand and a closing his other hand into a fist. “As long as you can’t see what’s in the this hand, you’ll always want it more,” explains the manager. Even if there’s nothing in it.

Ultimately that’s the choice we’re left with as fans. We have no idea whether the band would be up for a reunion tour, or if they’d be a fraction as good as they were that night in 2007. For all we know, it could be Live Aid, only spread out over 4 months. But we always want what we can’t have, and by denying us a reunion, Led Zeppelin has only made us want it more. If they announced a tour tomorrow, there would be a feeding frenzy for tickets, the tour would break every single box office record that there is, and their back catalog would sell more in the next month than it has for the last 5 years. By not doing that, the band has not only cranked up fan anticipation to such a degree that the only reunion that would top them would be if somehow John and George came back from the dead.

Always leave them wanting more. Leave it to Zeppelin to figure out a way to do that on a larger scale than their contemporaries. 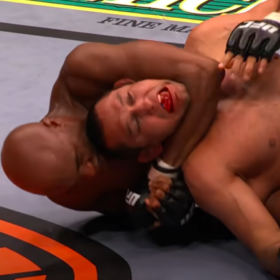 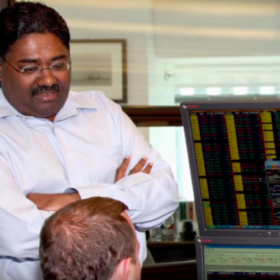