Comments Off on Not So Mandatory After All?

“Concepcion involved an arbitration provision that was very favorable to AT&T’s consumers,” says David Stellings of Lieff Cabraser Heimann & Bernstein, who successfully turned back mandatory arbitration provisions in a massive bank overdraft multidistrict litigation in Miami federal district court in September. AT&T’s clause featured several pro-consumer provisions, such as AT&T agreeing to pay costs for all non-frivolous claims, to arbitrate in the same county where the consumer was billed, and to waive recovery for attorney’s fees. The clauses at issue in the bank overdraft case were decidedly more draconian, including a clause that obligated consumers to reimburse the bank’s attorneys fees if the bank prevailed. “Defense attorneys have been saying that you need to enforce these provisions no matter how fair or unfair they are. But that’s not what Concepcion said,” says Stellings.

Paul Bland, a senior attorney at Public Justice Foundation who unsuccessfully argued against the same AT&T clause before the Eleventh Circuit U.S. Court of Appeals in August, disagrees and calls the argument that AT&T’s provisions were consumer friendly “phony.” However, Bland agrees with Stellings that the defense bar definitely popped its champagne corks prematurely. “Some defense lawyers thought that after Concepcion, not only would class action bans be enforced, but they could do anything they wanted,” says Bland. If individual plaintiffs keep winning, Bland says he wouldn’t be surprised if businesses tried to convince the Supreme Court to step back in. “Right now, there’s an unbelievable amount of confidence by businesses that the Supreme Court is on their side,” says Bland.

In employment class actions, the results have been even more eye opening as three decisions handed down in July struck a blow for employers hoping to enforce mandatory arbitration clauses in employment contracts. A Manhattan federal district court refused to enforce a mandatory arbitration clause in a high-profile gender discrimination class action against Goldman Sachs Group Inc., finding that federal employment laws took precedence over the Federal Arbitration Act. Meanwhile, two California courts weighed in against employers as a state appellate court ruled that Concepcion did not trump a state law allowing employees to bring class actions over labor code violations while a federal district court held that state unconscionability laws were not pre-empted by the FAA.

To defense lawyers, judges could very well be gun-shy or outright hostile to class action waivers. “Class action litigation, especially workers’ rights cases, strike a lot of nerves,” says Gerald Maatman of Seyfarth Shaw. “The stakes are really high, and judges are concerned about whether they’re doing justice by forcing individuals into arbitration.” Morgan, Lewis & Bockius partner John Lewis agrees, saying: “A lot of sober judges are going to be very careful, especially if they think that these are areas where individuals can be taken advantage of.”

Ultimately, defense attorneys such as Maatman and Lewis believe that it’s too early to tell whether these departures are the start of a trend. Alan Kaplinsky of Ballard Spahr is especially confident that the cases are an aberration. “California courts have been notoriously hostile to arbitration for years and they aren’t happy with Concepcion. The court’s reasoning that Concepcion doesn’t apply is pure nonsense- it’s sophistry,” says Kaplinsky, who also expressed confidence that the bank draft decision in Miami would be overturned on appeal. Then again, Kaplinsky has a special stake in all of this. After all, he helped created the first mandatory arbitration clause about 20 years ago. 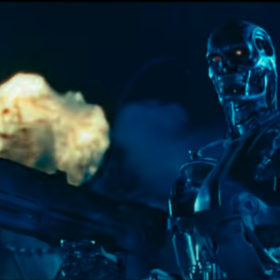