What didn’t die, though, was Clapton’s and Winwood’s friendship. That was clear to anyone who went to last night’s concert at Madison Square Garden. Unlike other reunions where the musicians are clearly going through the motions, the warmth and respect between the two musical virtuosos was evident from the very first note of their blues-heavy set. Opening the set with the Blind Faith album-opener “Had to Cry Today,” the two traded guitar licks like a pair of gunslingers while grinning like a couple of giddy schoolboys. “I’ve been looking forward to these shows with Steve for a long time,” Clapton said on stage. Clapton seemed inspired and played with a fire that harkened back to his best days in the 60s and 70s. When I saw him on his “Reptile” tour in 2001, he seemed to sleepwalk through his set. That wasn’t the case this time, as Winwood kept him on his toes and pushed him.

The two played side-by-side for all but two songs- putting together a set that included five Blind Faith songs (not bad since the band only recorded something like 8 songs – excluding jams, instrumentals, alternate mixes and live recordings). The two also retooled several numbers from their respective catalogs, leading to some interesting results. Clapton played solos on the Traffic classics “Pearly Queen” and “Dear Mr. Fantasy.” Winwood added his gritty vocals to the Derek and the Dominos song “Tell the Truth” and the Clapton standard “Crossroads.” Clapton sang one verse in “Presence of the Lord” (he wrote it and has performed it repeatedly on his solo tours, but the original recording features Winwood on vocals). Winwood added his Hammond organ sound to “After Midnight.” The two also nodded to their shared history with Jimi Hendrix by performing “Little Wing” (Derek and Dominoes did a cover) and “Voodoo Chile” (Winwood played organ on the original track).

Some of the new arrangements worked, especially on “Pearly Queen” where Clapton’s blues style meshed well with the overall tone of the song. On “Dear Mr. Fantasy,” however, Clapton’s style seemed a little out-of-place, given the clear psychedelic nature of the song. Winwood had more success blending in on Clapton’s pieces- especially on “Tell the Truth” where his vocals sounded similar to the gritty singing style of Bobby Whitlock. Notably, Winwood seemed to fit in especially well when playing as a sideman on Clapton’s solo hits, particularly “Forever Man,” “Double Trouble” and “After Midnight.” In fact, had Winwood not been a major star in the 80s, he probably could have easily played as a sideman on any number of Clapton recordings (Winwood was arguably a bigger star in the 80s – his albums definitely outsold Clapton’s). It’s much harder to picture Clapton being Winwood’s sideman, especially on songs like synth-heavy songs like “Higher Love” and “Valerie.”

Indeed, for many in attendance, Clapton’s primacy was unquestioned. His sustained success (compared to Winwood, who hasn’t been mainstream since the 80s) ensured that the crowd would consist mostly of his partisans. Each performer did a solo piece and Clapton’s acoustic rendition of “Ramblin’ on my Mind” was much better received than Winwood’s solo version of “Georgia on my Mind.” For his part, Winwood seemed to realize he was, at best, “1A” to Clapton’s “1”. Clapton plays MSG almost every time he tours. Winwood, meanwhile, pointed out during his solo number that “it’s been a while since I’ve been here.”

Still, it was clear that the two friends were more concerned about putting on a good show instead of figuring out who was top dog (as opposed to, say, the Sammy Hagar/David Lee Roth Tour). Blind Faith has always been one of the great “what-if’s” of music. What if things hadn’t gone south so quickly and the band had been allowed time to gel and improve following their debut? Maybe a split was always inevitable, given Clapton’s ever-evolving musical tastes and Winwood’s fealty to his former band, Traffic. Plus, if Blind Faith had stuck around, we might never have gotten two important albums of the 70s: Derek and The Dominos’ “Layla and Other Assorted Love Songs” and Traffic’s “John Barleycorn Must Die.” Maybe it was for the best that Clapton and Winwood went their separate ways and never reached their potential as a band. If anything, it probably preserved their friendship.

And, of course, no one knows what the future holds. “Who knows?” Clapton teased. “If things go well, maybe we’ll keep going.” We can only hope.

Had to Cry Today

Sleeping in the Ground

Presence of the Lord

No Face, No Name, No Number

Ramblin’ on My Mind (Clapton solo)

Georgia on My Mind (Winwood solo)

Another one that was adapted from my initial concert review on my Livejournal site. The original piece was written the day after the concert and was more of a play-by-play of each song at the show. Clapton and Winwood have toured multiple times since this show, and even came back to MSG a year later. I didn’t go to that show. 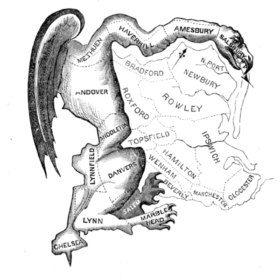