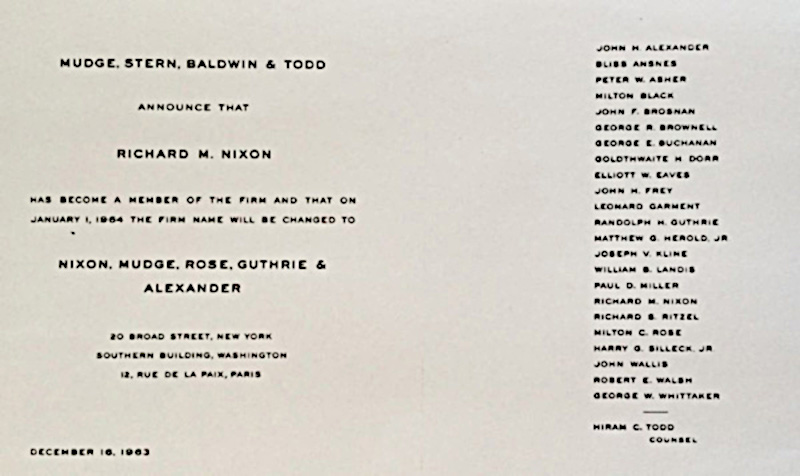 Four months after his “last press conference,” Richard Nixon seemed to be making good on his vow to leave politics. A few days before St. Patrick’s Day in 1963, he had a job interview with several partners from the Wall Street law firm Mudge, Stern, Baldwin & Todd. The last time he had interviewed with a white-shoe law firm in New York, he had been a law student and, like many aspiring lawyers before and after him, he had squeezed into an interview suit he hardly ever wore and sat, nervously, in the waiting room of the managing partner’s office hoping to distinguish himself from the hundreds of competitors equally desperate for the job.

This was a different type of interview.