There have always been extremely successful artists that were so unlikeable, unappealing or unoriginal that it became fashionable to hate them. Nickelback, Creed, Dave Matthews Band, Coldplay, Michael Bolton, Phil Collins, Limp Bizkit, Train, and more recently, Justin Bieber, Imagine Dragons and the Chainsmokers have generated significant amounts of vitriol from critics and the general public — all while stockpiling hits and performing sell-out shows before thousands of adoring fans. If anything, the widespread hatedom only makes their fans love them even more.

Before them, Styx was the one that it was cool to hate.

Critics, in particular, despised them and commonly referred to the band as “Stynx” (one memorable review compared their music to a parking lot full of whale vomit – something that may very have inspired the famous “Shit Sandwich” scene in This is Spinal Tap).

Despite that, Styx sold tons of records and performed countless sold out shows. From 1972 to 1982, the band amassed 11 Top 40 hits, including their sole #1 hit, the polarizing “Babe,” as well as four RIAA-certified gold and five platinum albums. Starting off as a progressive rock group, the band found success when it moved to a more arena-friendly (some would argue, “corporate”) sound, merging hard rock with synth pop while displaying a flair for the dramatic (or melodramatic, as their detractors might argue). Even as it found mainstream success, Styx retained some of its prog leanings, writing thematic, narrative style songs, while releasing a series of concept albums throughout the late 70s and early 80s.

With 1983’s Kilroy Was Here, Styx took on its most ambitious and risky project yet. A concept album about a dystopian future where religious and political fascists have outlawed rock music and use technology to enslave mankind, Styx planned an elaborate live show that would be part rock-opera, part concert, part multimedia spectacle. If the boys from Chicago could pull it off, they would set themselves up to be the spiritual successors to Pink Floyd or The Who.

They did not pull it off.

END_OF_DOCUMENT_TOKEN_TO_BE_REPLACED
Comments Off on Career Killers: “Kilroy Was Here” by Styx 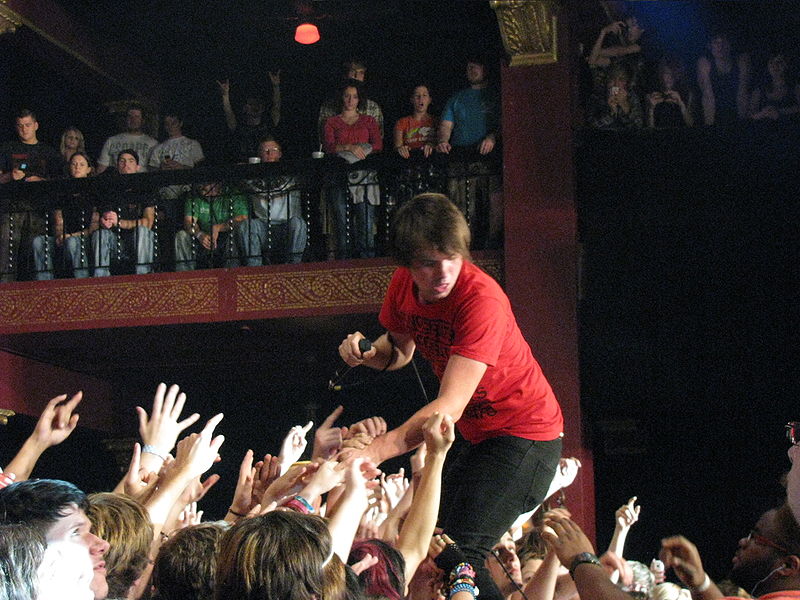 END_OF_DOCUMENT_TOKEN_TO_BE_REPLACED
Comments Off on Blast from the Past: Return of the Concept Album