Album Review: “A Different Kind of Truth” by Van Halen

Comments Off on Album Review: “A Different Kind of Truth” by Van Halen

Welcome back, Dave. Was A Different Kind of Truth worth the long wait?

There’s an interesting video on the L.A. Times website where David Lee Roth interviews his current bandmates Eddie and Alex Van Halen about the early days of the band. Conducted as evidence that the brothers and Roth are no longer enemies, the interview comes across as forced in many ways. Roth (as we learned during his ill-fated tenure as Howard Stern’s replacement on the radio) is a poor interviewer, and true to his nature, he ends up talking about himself a lot. For the benefit of the audience, Roth, understandably, asks a lot of questions he already knows the answers to. Yet, he alternates between being in the know and being in the dark- sometimes on the same point. For instance, he acts surprised when Eddie talks about his mother being the one who “cracked the whip,” but then tells a story about how, in high school, the three of them always had to check in with her before they went to a gig.

At the same time, there are moments of genuine warmth between the three as they reminisce about their childhoods and the very early days of Van Halen. It makes sense. After all, those were the halcyon days of the band- when the three (along with original bassist Michael Anthony) were simply friends and comrades-in-arms, risking it all to make it big as rock stars. It was also well before egos, creative differences, and various substance abuse problems turned them into the best of enemies.

As such, it should come as no surprise that nearly half of the songs on the band’s new album, A Different Kind of Truth, are reworked versions of old demos from the late 70’s. “She’s the Woman,” “Outta Space,” “Big River,” and “Beats Workin'” all have their roots in the legendary “Van Halen Zero” demo that was funded by Gene Simmons. Additionally, “Bullethead” and lead-single “Tattoo” have long been available in some form on various Van Halen bootlegs. Throw in “Blood and Fire,” which dates back to an outtake from the last Roth-led album, 1984, and that leaves only six truly new songs for the current lineup of the band (which now includes Eddie’s son, Wolfgang, on bass – replacing Anthony). And for all we know, those songs could have come from the abortive recording sessions the band had with Dave in 2000 and 2001.

Of course not. While I have no idea what their personal relationship is like, it’s clear that Eddie and Dave still have plenty of good music in them. Not only does going back to the past provide them with a sort of comfort zone, but it also gives listeners the best of both worlds (to borrow a phrase from Sammy Hagar). After all, we’ve wanted Diamond Dave to come back to the fold for many years. But what we really wanted was Dave and Van Halen circa-1984. We didn’t want an old and broken down band that lacked inspiration or creativity.

Even though A Different Kind of Truth isn’t a great album, there’s a lot to like about this record. It suffers, not only from the weight of expectation, but also in comparison to the music from the original Roth era. After all, the old songs that form the bulk of their new album stayed hidden in the Van Halen archives for a reason. “Tattoo” is a terrible song whose only purpose as a lead single was, presumably, to lower everyone’s expectations for the album (and it worked like a charm). Any of the “Zero” songs would have been better as a lead single, especially the excellent “She’s the Woman.”

For one thing, Eddie finally seems to have cleared the alcohol-induced cobwebs in his brain that made us wonder whether the next time we’d hear from him, it would be on TMZ with the words “found dead” somewhere in the headline. As a result, his playing is the best it’s been in years. On “You and Your Blues,” which happens to be the best of the new songs, Eddie’s playing is especially ferocious, combining the percussive qualities that Dave asks him about in the L.A. Times interview, the frenetic pace of his early solos, and the more melodic style that emerged during the Hagar years. It’s obvious that’s he’s back in a familiar place after listening to his thumping riff at the beginning of “Big River” that harkens back to “Running With the Devil,” and his playing on “Stay Frosty,” which sounds a lot like “Ice Cream Man.” He can still play a mile a minute, of course. Just listen to “Bullethead,” “As Is” or “China Town.”

And obviously, every single review seems obligated to mention Alex’s steady drumming, as well as Wolfgang’s precocious bass playing and excellent background singing. Michael Anthony partisans may be disappointed to hear this, but Wolfgang is a more than adequate replacement. When it comes to Wolfgang, it’s clear that the fruit didn’t fall far from the tree.

Ultimately, this record is about Dave. During his time in the band, Van Halen was a hard-charging, hard-partying in-your-face rock ‘n roll machine that never did ballads or cared about promoting political or social causes. In essence, they were like a more flamboyant version of AC/DC. The band tried to branch out during the Hagar and Cherone years, adding ballads, bluesy pop numbers, and even socially conscious pieces to their repertoire. Well, Diamond Dave has never done subtlety (and with a name like “Diamond Dave,” how could he?), and luckily, he doesn’t start here. He may no longer be able to do spinning roundhouse kicks at will or jumping midair splits at all, but he’s still the irrepressible ball of energy and libido that we all know and love. Plus, he’s probably the only frontman who can get away with singing lyrics like “Swap meet Sally. Trampstamp Kat. Mouse-wife to mom-shell in the time it took to get that new tattoo,” or “I’m a face grenade with the sex pin pulled.” Any other man would blush at the prospect at singing those lines (including Gary Cherone, who gave an excellent interview to Rolling Stone and talked about how he got around doing Dave’s old spoken word parts during songs like “Panama”). Not Dave, who does it with gusto and panache.

And of course, there’s the most obvious lyric of all from “Blood and Fire.” “Told ya I was coming back! Say you missed me! Say it like you mean it!” We certainly did. Welcome back, Dave. Welcome back, Van Halen. 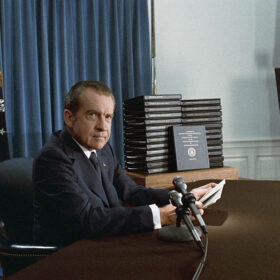 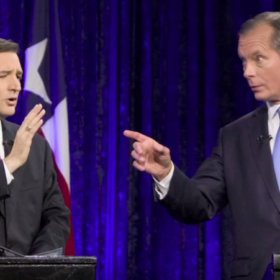