“[Around the Sun] for me, just wasn’t really listenable, because it sounds like what it is, a bunch of people that are so bored with the material that they can’t stand it anymore,” said guitarist Peter Buck to the Atlanta Journal-Constitution in 2008.

Berry’s departure had hit the band hard. A great songwriter, Berry had also served as the band’s editor – the guy who kept the others on track and focused. The band’s first album without him, 1998’s Up, had been somewhat experimental, with many songs utilizing drum machines and electronic elements. The highly polarizing album was the band’s first not to go platinum in the U.S. since 1986’s Life’s Rich Pageant and had exposed some fault lines within R.E.M. Stipe later admitted the band actually broke up after recording Up, but obviously decided not to go through with it.

Instead, the band returned to the studio and released Reveal in 2001. Stylistically similar to Out of Time and Automatic for the People, the album got good reviews but did nothing to stop the band’s commercial decline. Nevertheless, the band seemed happy with the results, retaining Reveal producer Patrick McCarthy (who had also helmed Up) for 2004’s Around the Sun.

As the sessions got underway, the band felt optimistic about their songs — so much so that Buck told Rolling Stone: “We have so many songs right now, it’s a little frustrating for everyone because we can’t figure out what exactly the record is.”

That dilemma only got worse as other complicating factors reared their heads. Their label, Warner Bros., had decided to release In Time: The Best of R.E.M. 1988-2003. The band knew they were struggling to meet expectations following their much-ballyhooed $80 million recording contract (the band disputed that figure, although Buck later admitted that it probably was the biggest recording contract ever given to any artist at the time it was signed), and according to Perfect Circle: The Story of R.E.M. by Tony Fletcher, they felt pressure to play ball. So they decided to pause their sessions for Around the Sun and record two new songs (“Bad Day” and “Animal“), which they had earmarked for the next album, and then do a “greatest hits” tour.

Though R.E.M. had actively championed the B-sides collection Dead Letter Office, and had quietly sanctioned I.R.S.’s Eponymous and The Best Of R.E.M, all of which comprised various music from the years 1981–87, they had never toured to specifically promote a compilation, let alone break an album session for such a purpose. But the band appeared to recognize the need to appease Warner Brothers, at least in the band’s troubled American homeland – to build bridges, mend fences and at least try and return the relationship to where it had stood in the better part of the Nineties.

Bassist/keyboardist Mike Mills claimed this caused the band to lose focus once they resumed sessions for Around the Sun. “Had we not done that, had we stuck with it, finished it as we should have, it would have been a really great record,” Mills told Spin. “Trouble was, by the time we got back to it, we weren’t really sure what it was, we didn’t know which way to go with it.”

According to Perfect Circle, the band had adopted a leisurely, languid pace once resuming work on Around the Sun. The extra time caused everyone to start tinkering and changing things around, in Buck’s opinion, for the worse (it was almost like they missed having their editor around). “We had a great record on our hands before we spent six months playing with it,” Buck later told Q. “The rough mixes and the songs that didn’t make the album are just weird and fucked up and it would have been cool if that record had come out.”

Stipe agreed, saying: “I think the songs on Around The Sun are great, but in the process of recording we lost our focus as a band.

The first part of that statement is debatable, but the second is definitely true. To put it bluntly, this is, without question, R.E.M.’s worst album. It deserved all of the hate it got at the time it was released and then some. Listening to this album was a chore — something that I can’t say about any other R.E.M. record.

Buck’s criticism of the album sounding like a bunch of guys who were bored is spot on. Stipe, long one of the most emotive and expressive singers in rock, sounds half-asleep for much of the album. Meanwhile, Buck, himself, is a peripheral figure throughout the record as his guitars are buried in the mix and sound like an afterthought. In fact, Buck later said he nearly quit the band in frustration following the Around the Sun sessions. Mills is really the only one who sounds halfway motivated – no wonder he’s always defended the album.

When listening to this album, the lack of direction is clear and obvious. On the one hand, songs like “Electron Blue” and “The Outsiders” continue some of the electronic experimentation of Up. The former became one of Stipe’s favorite songs and he went so far as to paint a blue stripe around his face when performing during the Around the Sun Tour (as one of my good friends pointed out, it’s a good thing the song wasn’t called “Electron Black”). That song, like some others from this record, definitely sound better live. Either the band didn’t quite nail those songs on the record or they were hurt by the production. (Tellingly, while the band refused to blame McCarthy, they decided not to use him for subsequent albums.)

On the other hand, it churns out more of the slow, piano-driven ballads that dominated much of the Three-Legged Dog Era, to say nothing of the Out of Time/Automatic for the People period. Unlike those glory years, however, the slow songs on Around the Sun are largely hookless, directionless, overly long and flat. For instance, you’d think a song called “High Speed Train” would be fast and chaotic. Well, the joke’s on you, because it’s a boring dirge like the rest of the album. Maybe that’s why the very next song on the album after “High Speed Train” is “The Worst Joke Ever.” And those songs aren’t the worst on the album. The title track and “The Ascent of Man” are borderline unlistenable.

“I think, honestly, it turned out a little slower than we intended for it to, just in terms of the overall speed of songs,” Mills told Billboard.com. In fact, the slow pace of the album seemed to catch Stipe off guard, perhaps betraying his lack of engagement. He told Rolling Stone a few months before the album’s release: “It may be the most chaotic bunch of songs we’ve ever thrown together. They’re going to surprise our fans and shock others.” Several years later, Stipe reconciled that quote, saying that “Bad Day” and “Animal” had been their “howling and primitive” songs, and putting them on the compilation had changed Around the Sun into something they no longer recognized. According to Perfect Circle, the band had demoed some other songs in that vein that would make it onto the next record, 2008’s fun, fast-paced, back-to-basics Accelerate, including “Man-Sized Wreath,” “I’m Gonna DJ” and an instrumental that formed the basis for “Living Well Is the Best Revenge.” Maybe that’s why they called it “Accelerate” — that way everyone would be on the same page and there would be no surprises.

Additionally, Around the Sun treads on ground the band had already covered (and covered better), underlining the notion their best days were behind them. Political protest songs “Final Straw” and “I Wanted to be Wrong” lack the bite and passion of prior pieces such as “Ignoreland,” “Cuyahoga,” “Orange Crush” or most of Document. “Radio Song” from Out of Time, with its hip-hop outtro from KRS-One, has a lot of critics and detractors, but it’s infinitely better than “The Outsiders,” which features a hip-hop outtro from Q-Tip. Meanwhile, lead single “Leaving New York” is a love ballad to the city and is the best song on the album. But it pales in comparison to other city-themed love songs, such as “Electrolite.”

“All of us loved the material, but we watched it kind of disappear over the course of the recording,” Stipe said, as recounted in Perfect Circle.

Instead, it was the band’s commercial and critical clout that disappeared. According to Chartmasters.org, Around the Sun was the band’s lowest-selling album up to that point. It’s also the first R.E.M. album not to be certified gold or platinum by the RIAA. The album also garnered some harsh reviews — a rarity for the band. “Here, R.E.M. write songs like craftsmen without distinction — the songs are sturdily constructed but bland, lacking musical and lyrical hooks. The band sound as if they were going through the motions, hoping to save the tunes in the mix,” said Stephen Thomas Erlewine of AllMusic. “Its chief problem is that every word, every note, and every instrument sounds dry, sapped of most of their personality,” Pitchfork said. Rolling Stone actually gave it a fairly good review, but still called Around the Sun “slow” and “meandering.”

Indeed, this period for the band only seemed to confirm that it’s best days were behind them. Between the Greatest Hits package and tour, the disastrous reception for Around the Sun, and inductions into the Georgia Music Hall of Fame in 2006 and the Rock & Roll Hall of Fame in 2007, R.E.M. seemed like they had become a legacy act and were a spent force, creatively. The band did bounce back with Accelerate, which ensured they wouldn’t go out on a low note. After a triumphant world tour (which I went to) and one last album (2011’s Collapse Into Now, which fulfilled that big money contract with Warner Bros.), the band called it quits.

In the years since, members of the band have been active with solo careers and various side projects. There was one near-reunion in 2013, when Mills, Buck and Berry performed at a show in Athens, Georgia (Stipe was in attendance, but didn’t perform). Mills and Buck have worked together in The Baseball Project, while Stipe has, sporadically, released singles as a solo artist. They’ve been active whenever there’s been an R.E.M. re-release, often doing interviews and promotion together, thereby keeping hope alive that they might reunite someday.

Or not. “We all love each other and will be there for each other,” Stipe said in a joint-inteview with Mills to USA Today to promote the New Adventures in Hi-Fi re-release. “We text on a daily basis. We just don’t create music as R.E.M. anymore. In calling it a day 10 years ago, we did ourselves and our fans a giant favor by preserving a legacy and choosing to walk away when we were at a creative peak. We walked away with our heads held high.”

The “creative peak” stuff is debatable, especially in light of this album. Thankfully, Around the Sun wasn’t the end for R.E.M. But it definitely sped things up. 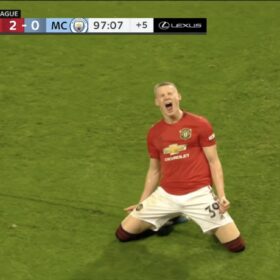