Comments Off on Battleground State: The Fight to Legalize MMA in New York (Part 5)

“It’s a fad,” said Sugar. “Kind of like midget auto-racing in the 30s. It’ll be gone before we finish this conversation. The people who watch it are former pro wrestling fans who traded in comedic fighting for real violence. Eventually, they’ll grow up and stop watching it.”

Sugar co-authored a book on professional wrestling with World Wrestling Entertainment (WWE) legend, the late Lou Albano. Sugar is critical of everything associated with MMA, from the organizational structure, to the individuals involved. He assails White and accuses Ratner of selling out, while admitting he likes and respects the former regulator.

He is especially disdainful of the fighters. “They can’t fight unless it’s a bar fight we’re talking about,” Sugar said. “Or they’ll just lie on top of each other. What’s so great about that?”

What really upsets Sugar, however, is when people compare MMA to boxing. To him, it’s no contest. “Boxing is still one of the most popular sports in the world. It’s still popular in the United States, it’s a huge draw in Europe, and it even outdraws soccer in Mexico,” said Sugar. “In September, the Floyd Mayweather/Juan Manuel Marquez fight drew one million pay-per-view buys. That same night, the UFC ran an event [UFC 103], and I think it got about 100,000 buys.”

According to MMAScene.com, the actual figure was 375,000, making it the second-lowest buy-rate of the year for the UFC and representing a steep decline from the record 1.6 million pay-per-view buys for the UFC’s landmark “UFC 100” last July. 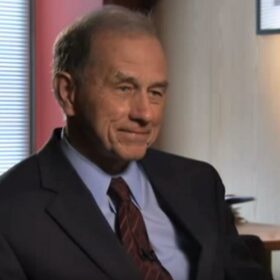 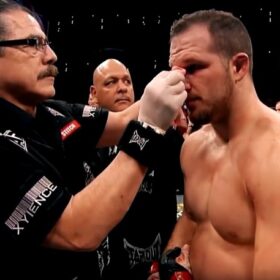