Serra believes that learning martial arts can be beneficial to children and that it teaches them respect, discipline and self-defense. And he says it doesn’t even have to be violent. “In jiu jitsu, there’s no striking. I have guys who have no interest in getting hit, and they just want to learn jiu-jitsu in order to learn self-defense or to lose weight,” Serra said.

Like Serra, Matt Hamill has been extremely active traveling to Albany to lobby legislators on behalf of their sport. Hamill, a deaf fighter who was a three-time NCAA wrestling champion, disagrees with people like Reilly who believe that MMA is too violent and encourages a culture of violence. “To those people I would say they should go to a MMA clinic and see the dedication and devotion that these athletes contribute to the sport,” Hamill said in an email interview. “MMA takes a large amount of time, discipline and skill. MMA is not two random guys fighting or street brawling. There is a wide range of fight skills and styles that go into MMA. MMA competitors are not violent guys outside of the ring or when walking around with the general public.” Ultimately, MMA fighters have personal reasons for taking part in the lobbying effort. “There’s something to be said about fighting in your home town, especially New York,” said Serra, who lost his welterweight championship in a rematch with Georges St. Pierre in Montreal, St. Pierre’s hometown. “I mean there’s such a rich fight history at Madison Square Garden. Or the Nassau Coliseum, which is down the block from where I went to high school. Even when I’m done fighting, it would be nice to jump on the Long Island Rail Road and go to the Garden to watch the fights.”

Hamill is also loyal to his hometown. “I reside in Utica, and I have a lot of close fans that have supported me from day one,” said Hamill. “It would be my dream to be able to bring an MMA card to Utica, and the attention and revenue it would bring to the community.”

Hamill and Serra will soon learn whether their dream is about to become reality. The UFC is confident they will triumph, but their opponents have vowed to fight until the very end. Either way, it looks like the biggest MMA fight in New York state this year will occur on the floor of the state legislature, not inside a cage inside Madison Square Garden. 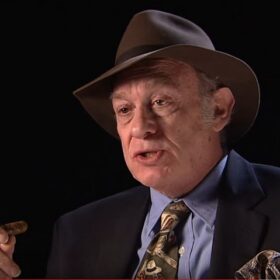 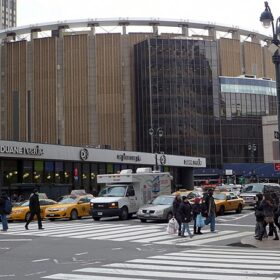