Comments Off on Career Killers: “The Spaghetti Incident?” and “Sympathy for the Devil” by Guns N’ Roses

Named after either a foodfight involving Axl Rose and former drummer Steven Adler, or more likely, a line from Adler’s lawsuit against the band where his lawyer asked Duff McKagan about “the spaghetti incident” in reference to Adler’s stash of drugs he euphemistically named after the Italian dish, The Spaghetti Incident? consists of 12 cover tunes (actually 13 – but we’ll get to that in a minute) that range in quality and execution. Recorded, mostly, during the Use Your Illusion sessions as a means of blowing off steam, the album was supposed to consist, entirely, of punk rock covers. The move towards punk was a way for the band to pay tribute to some of their favorite artists while allowing them to stay relevant during a time when grunge, which had been heavily influenced by punk, predominated.

Of course, it ballooned into something else. This was Guns N’ Roses after all. Doing a sparsely produced, minimalistic album that relied on attitude more than musicianship or flash just wasn’t in their wheelhouse – at least not anymore. For instance, Slash is many things, but he’s not a punk guitarist and his blues riffs and melodic solos make him about as welcome at a punk concert as a tax attorney. Plus, the band was in full “November Rain” mode at this point – flipping that switch off might not have been possible. Indeed, by the time the album came out, it had morphed from all-punk covers to include tunes from glam band T. Rex, hard rock outfit Nazareth, alternative counterparts Soundgarden and even doo wop group The Skyliners.

The punk numbers are mostly by-the-numbers. Duff, who is known to be a punk fanatic, actually sings lead on four songs, including The Damned’s “New Rose” and The Stooges’ classic “Raw Power.” He also plays most of the instruments and sings on a cover of Johnny Thunders’ “You Can’t Put Your Arms Around a Memory,” a song about heroin addiction that, along with the plain meaning of the song’s title, could aptly describe both the past and future of the band as things stood in 1993. As a vocalist, he’s a bit limited, but he sure brings the enthusiasm. In fact, one wonders if he was one of the driving forces behind this project – or if the band needed him to step up and sing because its frontman was functioning on Axl Standard Time.

When he does show up, Axl gets a chance to shine, particularly on the band’s version of doo wop classic “Since I Don’t Have You.” It’s an unconventional and unlikely song for them to record – it especially sticks out like a sore thumb on this collection. But like all great cover songs, GNR adds enough of their own flair and characteristics, in particular, Slash’s wailing guitar intro and solo, as well as the entirety of Axl’s vast vocal range, to make it their own. This is, without question, one of their greatest cover songs and underscores just how good GNR could be at recording covers.

Meanwhile, the band’s sinister cover of the Dead Boys’ “Ain’t It Fun,” which also served as the lead single for this album, sees Axl trading vocals with guest vocalist Michael Monroe, formerly of Hanoi Rocks. The band really seems to put their all into this cover and the result is an over-the-top rocker with enough bite and muscle to prove that the Gunners hadn’t gone soft after spending most of the preceding few years making wedding videos, recording ballads and playing with dolphins. With lyrics like “Ain’t it fun/ When you know that you’re gonna die young?” or “I punched my fist right through the glass/ But I didn’t even feel it! It all happened so fast!” (something Steven Adler actually did – only it was a wall) you get the feeling that this could have easily been a GNR original song. And, of course, there’s the eerily prescient line: “Ain’t it fun when you’ve broken up every band that you’ve ever begun?”

Otherwise, most of the songs on The Spaghetti Incident? are somewhat forgettable and only a few truly stand out. Of course, the one song that stands out the most does so for the wrong reason. The hidden 13th track on the album, a cover of Charles Manson’s “Look At Your Game Girl,” generated a huge controversy and ended up overshadowing the entire album. Plenty of column inches were spent reporting on whether Manson would receive royalties from sales of The Spaghetti Incident? (yes, but those royalties had been assigned to Bartek Frykowski, whose father had been murdered by Manson’s family). David Geffen, whose label had distributed the album, claimed to have had no knowledge of the song and criticized the band for acting in poor taste. “I would hope that if Axl Rose had realized how offensive people would find this, he would not have ever recorded this song in the first place,” Geffen told the L.A. Times. Meanwhile, Patti Tate, whose sister, Sharon, had been one of the Manson Family’s many murder victims, also called out Axl Rose, asking: “Doesn’t Axl Rose realize what this man did to my family?”

The fact that it was Axl being singled out for criticism was not a coincidence. Rose had long displayed a morbid fascination with Manson, often wearing Manson-themed t-shirts during concerts and video shoots. Rose admitted he had been the driving force behind the controversial cover song, telling newspapers that he liked the melody and lyrics and was struck by the irony of recording a song about madness that “was recorded by Charles Manson, someone who should know the inner intricacies of madness.” SPIN, meanwhile, speculated that Axl was actually trying to maintain his street cred while being consistent with the punk ethos of co-opting shocking imagery and symbols (witness Sid Vicious and his swastika shirt).

Additionally, Rose had a history of forcing his bandmates to record controversial songs, including the racist and anti-gay “One in a Million” from Lies. Sometimes, he even bypassed the others entirely, like when he secretly recorded the bizarre hip-hop track “My World” and snuck it onto Use Your Illusion II to the surprise, and chagrin, of his bandmates. While “Look At Your Game Girl” was recorded with the knowledge of others in the band, it was reported that his bandmates had opposed including the song on the album. Besides Rose, the only other member of the band to play on the track was keyboardist Dizzy Reed. And when the controversy blew up, most of Rose’s bandmates expressed support for pulling the song from future pressings of the album – although to date, it has yet to be removed from the record.

The worst part about all of this? The song sucks. The lyrics are elementary and the meter is inconsistent. A charitable view of Manson’s original song could be that he does this to put the listener on edge – his simplistic lyrics juxtaposed with his odd delivery is somewhat unsettling – even before we realize just who it is that’s doing the singing. But Occam’s Razor tells us that the song is just bad. Simply put, there’s a reason why Manson couldn’t make it as a songwriter. Rose and Reed (they were accompanied by an outside guitar player – lending credence to the notion that Slash and rhythm guitarist Gilby Clarke wanted nothing to do with this song) go for a lounge-type cover with a samba beat. I guess Rose really was in an ironic phase when he decided to record this – that or he thought the breezy vibe would inoculate him from criticism over the song’s subject matter and history.

Whether it was fallout over the Manson controversy, shifting musical tastes, overexposure or simply the fact that most of the album was largely forgettable, The Spaghetti Incident? underwhelmed at the sales counter. The album only sold 190,000 copies during its first week, paling in comparison to the Use Your Illusion albums, which each sold over 500,000 in their first week. Even Chinese Democracy did better in its first week on the Billboard charts, moving over 260,000 copies. According to the RIAA, The Spaghetti Incident? is only certified 1x platinum in the U.S. – tying it with Chinese Democracy as the band’s lowest-selling studio album (considering how much has changed in the recording industry, you can argue that Chinese Democracy going platinum in the streaming era is actually quite impressive).

Of course, sales aren’t the sole measure of success and most bands would kill for a platinum album – especially for a collection of cover tunes. Instead, what killed Guns N’ Roses was that The Spaghetti Incident? and its follow up, a cover of the Rolling Stones’ “Sympathy for the Devil” for the Interview With a Vampire soundtrack, laid bare all of the problems that had been festering within the band for years, making their subsequent self-implosion inevitable. Izzy Stradlin’s 1991 departure robbed the band of its best songwriter – perhaps it’s no coincidence that, from 1993 until the release of Chinese Democracy in 2008, the band could only manage a bunch of cover tunes and an original soundtrack song later classified as an “unfinished demo”. Additionally, Axl’s growing isolation from the band, which had begun during the Illusion sessions but was, no doubt, exacerbated by him taking the brunt of the Manson criticism, meant that there was really only one way this story was going to end.

Sure enough, during the tumultuous recording sessions for the strictly by-the-numbers “Sympathy for the Devil,” the band finally came undone. Axl, exerting near-absolute power at this point, demanded a version that was nearly identical to the Stones’ original – pissing off the others who wanted to put their own spin on the song. Additionally, he unilaterally booted Clarke in favor of childhood friend Paul Huge (later known as “Paul Tobias”) and angered Slash by having his new guitarist, whom Slash hated, play over him on the mix. Slash, who had been forced, against his will, to play a guitar solo that was nearly identical to Keith Richards’s original, seethed and later pointed to this song as his breaking point.

“If you’ve ever wondered what the sound of a band breaking up sounds like, listen to Guns N’ Roses’ cover of ‘Sympathy for the Devil.’ If there is one Guns track I’d like to never hear again, it’s that one,” he wrote in his autobiography.

Eventually, Duff followed Slash out the door – the two of them not returning until 2016’s Not In This Lifetime Tour. So far, things seem to be going well – there’s talk the revamped lineup could record a new album. Whether we’ll see it before 2030, however, is anyone’s guess. 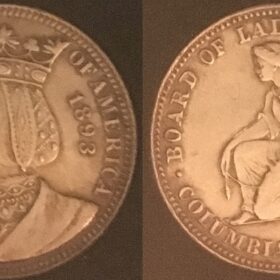