Comments Off on Hello Old Friends? – A Concert Review of Cream at MSG

In the second of three reunion shows at Madison Square Garden, the reunited super group slogged through a by-the-numbers rendition of their greatest hits in a show that, to quote a “Simpsons” episode, “was technically proficient but lacked passion.” Eric Clapton, Ginger Baker and Jack Bruce limited their interaction to their playing, as the only time they acknowledged one another was to say “Eric Clapton on guitar!” or “Jack Bruce on bass!” or “Ginger Baker on drums!” after one of them completed an impressive solo.

In a way, that was appropriate. Cream, rightly or wrongly, are perhaps most famous for those solos and live impromptu jam sessions. When they came together, they were seen as being “the cream of the crop” when it came to being blues instrumentalists. By sheer force of talent, they made the 20-minute improvisational jam cool and constantly set the bar higher and higher when it came to their live shows. On the flip side, the band members, especially Clapton, felt a constant pressure to top what they did the previous show and were dismayed that no one paid attention to the quality of their songs. That pressure made an already volatile situation even worse as the three bandmates had trouble getting along, even on their good days.

Of course, the fans who packed into the Garden weren’t there to see the three men renew their friendships. In fact, it’s clear that, as far as Baker and Bruce are concerned, there was never a friendship to be renewed (their blood feud pre-dates their time in Cream and involves weapons). In fact, there were reports of tension between Bruce and Baker from the first night’s show. At least they didn’t threaten to stab one another (it wouldn’t be the first time).

What the fans wanted to see was a once-in-a-lifetime musical event reuniting one of the most influential power trios of all time, and that’s exactly what they got. So what if they didn’t get along? They hated each other for much of their time together in the late 60s and it didn’t hurt the music. In fact, the tension helped propel the band to new heights as they rewrote the book on how to play blues rock.

And these guys can still play. After an underwhelming rendition of “I’m So Glad” to open the show (a song so inane that Dave Barry made fun of it in his Bad Songs Survey), things improved dramatically with an excellent performance of “Spoonful” and “Outside Woman Blues.” The band then ebbed and flowed throughout the night, and each member got a chance to shine.

Clapton, obviously, is still a fantastic guitarist who can play emotive and virtuosic guitar solos as easily as he orders coffee. What’s easy to forget, however, is that when he was in Cream, his lack of confidence in his singing ability caused him to defer to Bruce to handle most of the vocals. Despite spending the better part of the last three decades as a solo star, Clapton easily slid back into that complementary role, allowing Bruce to shine as the band’s de facto front man. That shouldn’t be a surprise, given how willing Clapton has been, in the past, to be a sideman to someone he respects. His recent collaboration with B.B. King was evidence of that. He stepped up on several numbers that have been mainstays on his solo sets over the years, namely “Badge,” “Stormy Monday,” “Outside Woman Blues,” “Crossroads,” “White Room” and “Sunshine of Your Love.”

Meanwhile, Bruce’s voice and bass playing were every bit as robust as they were when Cream were in their prime. He carried the show at times, especially on “Spoonful,” “Sleepy Time Time,” “N.S.U.,” and “We’re Going Wrong.” Bruce even showed off his harmonica chops while performing “Rollin’ and Tumblin.'” Baker, on the other hand, showed his age and diminished skills throughout the evening. He played as well as can be expected of someone suffering from major arthritis, although it made his drum solo for “Toad” seem somewhat restrained compared to what he was capable of in the 60’s (here’s what he did at Cream’s farewell concert in 1968). He even got a chance to sing lead, and let’s just say that as a singer, Ginger Baker is a magnificent drummer. He was pretty much incoherent when he did his rendition of the little-known “Pressed Rat and Warthog,” finishing his song by railing against buying merchandise from bootleggers. Either he really cares about fans getting quality for their money or he’s so hard-up for cash that he’s worried about losing out on t-shirt royalties.

In fact, the whole reunion only came about because Clapton decided to throw them a bone. Neither Baker nor Bruce has done much in recent years. While their respective monetary needs are anyone’s guess, it’s easy to see that Baker and Bruce needed this reunion a whole lot more than Clapton did. Instead, the show seemed like a chance for Clapton to come full circle. When he left the band, he seemed bitter about the experience. He always had to play peacemaker between Bruce and Baker and hated the public’s emphasis on their technical prowess instead of their songs. He clearly made peace with his Cream legacy long ago (and seemed genuinely happy when he was inducted into the Rock & Roll Hall of Fame as a member of Cream in 1993 – the last time these three played together before 2005), but it was nice to see him do it with the two guys who helped him create that legacy.

Deserted Cities Of The Heart

Sitting On Top of the World

Sunshine Of Your Love

Adapted from my initial concert review on my Livejournal site. The original piece was written the day after the concert and was more of a play-by-play of each song at the show. I went to the second of Cream’s three reunion shows at Madison Square Garden. There were rumors Cream would reunite one last time for the Ahmet Ertegun tribute concert in 2007, but some other band ended up playing that night. 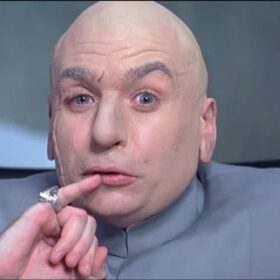