Comments Off on The King’s Coins: Edward VIII

Was he the idealistic, romantic hero who, in 1936, abdicated after less than a year as King of the United Kingdom and the Dominions of the British Empire, and Emperor of India, famously saying: “I have found it impossible to carry the heavy burden of responsibility and to discharge my duties as king as I would wish to do without the help and support of the woman I love?”

Or was he a foolish playboy and dilettante who was taken advantage of by a scheming, self-interested social climber?

Or was he someone who was never fit to be king in the first place – as evidenced by his clear Nazi sympathies, as well as his possible “light treason” by agreeing to be restored to the British throne in the event of a German victory in World War II as a puppet ruler?

Maybe he was all of the above.

One thing is for sure — his short reign ensured there would be a lack of coins bearing his image or name. Indeed, a rare pattern coin featuring Edward’s bust for a proposed gold sovereign that would have been issued during his reign recently sold for £1 million, a British record.

Luckily, the few coins that were actually issued in his name tend to be relatively affordable and easy to obtain. They were all issued overseas, in British colonies or territories, and none bore his actual portrait. Usually, the mint merely kept the existing coin design and simply swapped out the previous monarch’s name.

British West Africa, which consisted of territory that became the independent countries of The Gambia, Sierra Leone, Nigeria and Ghana, did just that. The obverse featured Edward’s name next to the customary crown and Latin phrase: Rex Et Ind: Imp (king and emperor of India).

The reverse bore a hexagram that adorned all coins in British West Africa. I’ve seen several different interpretations as to what that star meant. Did it represent the six different parts of British West Africa (Ghana, British Cameroon, Nigeria, Gambia, Sierra Leone and British Togoland)? Or was it just a design element — albeit one with deep roots in the region? At first, I thought it was a Star of David, but then I did some reading and realized it’s actually the Seal of Solomon due to the way the lines intersect. Either way, it looks nice and really gives this coin some character. This coin really pops when you look at it, and has become a fairly popular choice for jewelers and designers.

Over 30 million of these coins were minted, making them relatively affordable and easy to obtain. This particular coin was minted at Heaton’s Mint in Birmingham, Great Britain, and only cost me about $5 on eBay. Similar to the penny, the West African Edward VIII half cent and 1/10 cent coins are also relatively affordable. On the other hand, there is a ten-cent piece that is actually a mule coin (coins featuring an obverse and reverse that don’t normally go together) that features the British East Africa design on the obverse and the usual hexagram reverse that is very rare and expensive, but not nearly to the extent as the aforementioned gold pattern coin.

Speaking of British East Africa, the region also offered Edward VIII coins — albeit fewer and in higher denominations. The various mints only struck approximately 5.6 million five cent pieces and a little more than 10 million ten cent coins. As such, they tend to be a bit more expensive than the West African coins, but not overly so.

Bearing a similar obverse design as their West African counterparts, the East African coins had a different reverse – replacing the hexagram with two elephant tusks. In my opinion, these coins don’t look anywhere near as nice as the West African ones — the design seems more utilitarian and basic.

Perhaps the most utilitarian design, however, belongs to the Edward VIII penny from Fiji. The obverse bears Edward’s name and image of the crown while the reverse helpfully lets the holder know he or she is holding a 1936 Fiji Penny. There were only about 120,000 of these coins minted, yet they are fairly affordable and inexpensive. This one cost me about $15 on eBay — other such coins are going for similar amounts.

On the other end of the design scale, the most physically appealing of the Edward VIII coins could be the ones issued in the territory of New Guinea. The obverse features a large crown above a set of native swimming birds and the initials “ERI,” which stands for Edward Rex Imperator (Edward King and Emperor). The reverse, meanwhile, has a beautiful New Guinean ornamental carving. This coin really impresses up close and is a true work of art. And like the others, this coin is relatively affordable — despite the fact only 360,000 of them were minted.

Finally, there were two princely states in British India that circulated Edward VIII coins: Jodhpur and Kutch. The above coin is from the latter and contains Hindi script. Made of 60% silver, it’s the only one of the Edward VIII coins to contain precious metals (although there were some rare gold coins made for Jodhpur). Despite that, these Kutch coins aren’t terribly expensive — the one I bought on eBay was only about $15 or so.

And, of course, there are a number of fantasy issues, tokens and commemoratives relating to Edward VIII. He may not have been a long-reigning king or loyal subject of the crown he once wore, but he certainly lived an interesting life. No wonder he’s been such an object of fascination in the numismatic world.

When We Were Young 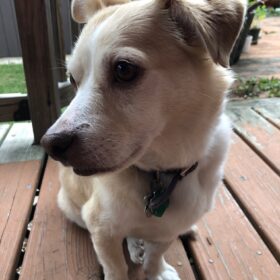