Comments Off on End of the Road

It’s been an eventful week for Manchester United. On Saturday, United salvaged a poor season by winning its record-tying 12th F.A. Cup in thrilling fashion, defeating Crystal Palace 2-1 after extra time. After a typically lackluster first half, United looked on the verge of defeat after embittered substitute Jason Puncheon scored in 78th minute for Crystal Palace. Juan Mata, who may well have played his last match for United, quickly equalized after a brilliant run from Wayne Rooney into the Palace box. United went down a man as season-long stalwart Chris Smalling either showed his fatigue or reverted to last season’s poor form, but substitute Jesse Lingard saved the club with a clinical finish during the second half of extra time to secure United’s first piece of silverware since Sir Alex Ferguson retired. In the end, the match was, more or less, a perfect epitaph to van Gaal’s tenure. United had two-thirds of the possession, yet managed only three shots on target (half as many as Palace).

As it turns out, winning the cup was not the big story to come out of Wembley.

The players were still celebrating on the field when word leaked out that the longest-running managerial soap opera English football had finally come to end. On Monday, United made it official: Louis van Gaal was cut loose after two years. Later in the week, the second piece of the puzzle was put in place as Jose Mourinho was officially named manager on Friday.

In the end, the only surprise is that this move didn’t happen in January. Ever since leaving Chelsea under a cloud (again), Mourinho has been widely touted for the United job – a job he’s seemingly coveted for years. Van Gaal opened the door for his former protege after overseeing a wretched December when United only managed two points (on four goals – two of which came in one match) and lost to Bournemouth, Stoke and Norwich in the league and crashed out of the Champions League. Ed Woodward, however, stubbornly refused to sack van Gaal – even after the gaffer reported offered to resign. Indeed, it seemed as if van Gaal might even save his job if he guided United to a top four spot. United, however, was unable to take advantage of Man City’s struggles, and after losing a must-win match to West Ham earlier this month, van Gaal’s fate was sealed.

“It has been an honour to manage such a magnificent club as Manchester United FC, and in doing so, I have fulfilled a long-held ambition,” van Gaal said in a classy statement where he thanked everyone from Sir Alex Ferguson and Sir Bobby Charlton to the owners, fans and even the laundry staff (although, curiously, he made no mention of his assistant, Ryan Giggs, who may also be out of work soon). “I am very disappointed to be unable to complete our intended three-year plan. I believe that the foundations are firmly in place to enable the club to move forward and achieve even greater success.”

Van Gaal is right about one thing: There is a pretty good foundation at United as a result of his efforts. Tactically, he may have been outmoded and dumbfoundingly inflexible – even when it was clear that his players were regressing under his repressive regime – but he can claim, credibly, that he has left the club in a far better state than when he joined. Van Gaal’s ruthless management style may have been bad for morale, as well as counterproductive when it came to Woodward’s stated desire to recruit superstars (see Di Maria, Angel). However, his brutally efficient cull of a bloated and unbalanced squad helped clear millions off the wage bill (setting the stage for another spending spree this summer) while giving important experience to youngsters like Anthony Martial, Jesse Lingard, Marcus Rashford, Timothy Fosu-Mensah and Cameron Borthwick-Jackson. Of course, given Mourinho’s track record when it comes to young players, there’s a good chance only Martial and maybe Lingard see the pitch next season for United. Nevertheless, van Gaal has created some value there and gives the club some good options moving forward.

He also leaves a strong foundation for Mourinho to build his team the way he likes: from the back. It’s difficult to evaluate United’s back-four because any team that possesses the ball as much as United did is bound to give up a low number of chances. While the back-four did seem fragile at times (especially in the recent West Ham match, as well as the 3-3 draw with Newcastle in January), United’s defense has been genuinely stingy over the last two seasons. This is a good group that would probably benefit from an additional year of experience playing together, as well as the addition of one or two top-notch reinforcements (John Stones has been coveted by both Mourinho and United for a while now, so that move would make the most sense). If David de Gea stays, then Mourinho’s job gets much easier.

This club’s biggest problem is obvious to everyone not named “Louis van Gaal.” The United attack has been remarkably impotent over the last two years and Mourinho would seem like the last guy to figure out how to get the players into a perpetual state of horniness (to borrow a phrase from van Gaal). However, his reputation as a defensive coach has long been debunked, and he also has the advantage of having a fairly low bar to clear. Any improvement on this past season, when United posted its worst-ever Premier League goal difference and goals-per-game rate, will be warmly welcomed by the fans.

Welcome aboard, Special One. We all know this is going to be a three year venture with (hopefully) a league title, a couple of domestic cups, and an early termination. Should be an interesting ride. 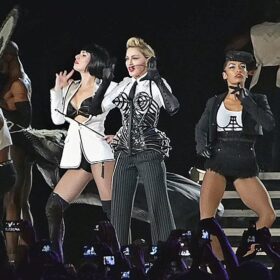