Fred McFeely Rogers died yesterday in his home in Pittsburgh, Pa. at the age of 74. Rogers had been diagnosed with stomach cancer in September 2001.

Rogers was a familiar fixture on public television for thirty-five years. His show, “Mister Rogers’ Neighborhood,” was the longest running show on PBS after going national in 1968, and was broadcast in five different countries. Rogers continued taping shows up until August, 2001. He was not just the host of his program. He also produced the show, he wrote all the scripts, he served as the chief puppeteer, and he wrote all the songs.

Rogers won four daytime Emmy awards from 1979-1999, he received the Lifetime Achievement Award from the National Academy of Television Arts and Sciences in 1997, he was inducted into the Television Hall of Fame in 1999, and was recently awarded the Presidential Medal of Freedom from President George W. Bush. Even his iconic cardigan sweater has received an accolade; one of them was chosen to be displayed at the Smithsonian Institute in Washington D.C. in 1984.

However, Rogers was never about individual acclaim and didn’t see himself as a celebrity. “I have never really considered myself a TV star” Rogers said in a previous interview. “I always thought I was a neighbor who just came in for a visit.”

“The world is not always a kind place,” Rogers said in a previous interview. “That’s something all children learn for themselves, whether we want them to or not, but it’s something they really need our help to understand,”

Using his infectious songs, his colorful puppets, and most importantly, his perpetually upbeat but gentle attitude, Rogers provided a safe haven for children to learn how to deal with adversity in their lives. “I give an expression of care every day to each child, to help him realize that he is unique,” Rogers testified before the Senate Subcommittee on Communications in 1969. “I end each program by saying, ‘You’ve made this day a special day by just your being you. There’s no person in the whole world like you. And I like you just the way you are.’ And I feel that if we in public television can only make it clear that feelings are mentionable and manageable, we will have done a great service.”

By all accounts, Rogers was as genuine off the camera as he was on it. “He was so genuinely kind, a wonderful person,” said long-time friend and family spokesman David Newell, who played the role of Mr. McFeely on the show. “His mission was to work with families and children through TV. That was his passion and his mission and he did it from day one.”

“When we found out he died at 2:20 in the morning, everyone rushed to the office to be together,” said Marisa Lynch, executive producer at Family Communications Inc., Rogers’ production company. “We were loyal and dedicated because he was loyal and dedicated. He treated everyone like his own kids.” Lynch stated that the show will continue in reruns and that Family Communications intends to post advisories on their website on how parents can help their children deal with Rogers’ death.

He is survived by his wife, Joanne, his two children, Bob and Tom, and his two grandchildren. Rogers’ funeral is scheduled for tomorrow in Latrobe, Pa., and he will be buried near his parents, Nancy and James. 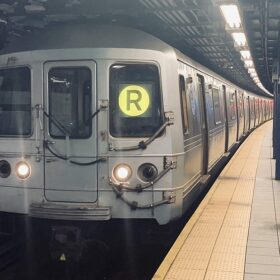 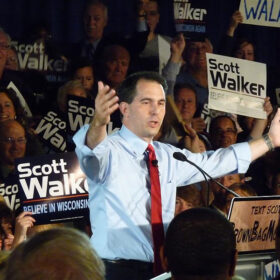