Plus, Bowie, in his prime, was a polarizing artist. While many have praised him for his ability to constantly reinvent himself, I always saw it as artificial and contrived. Worse, he inspired legions of inferior imitators who lacked his songwriting ability and compensated by trying to be provocative. If music today feels like lots of style over very little substance, then Bowie is to blame for a lot of that. He was like an actor ticking off various roles throughout his career. Just off the top of my head, he was a novelty singer (wow, this song is bad), a Syd Barrett wannabe (although Barrett memorably slammed “Love You ‘Til Tuesday”) an Androgynous Alien, a neo-Fascist, a blue-eyed soul singer, a Krautrocker, a New Wave pop star, a crooner, and a hard rocker, among many other roles. As such, we never knew what kind of musician he really was because change was his M.O.  Perhaps that’s why he was such a good film actor.

Instead, what made him so interesting was that he was, arguably, the most forward thinking rock star in the music industry – and nowhere was his forward-thinking nature more apparent than in his attitudes towards race and sexuality. When he boldly declared his bisexuality in 1976, less than a decade after the UK initially repealed its anti-homosexuality statutes (with their draconian punishments – like chemical castration), it was merely confirmation of what he had already been hinting and teasing at with his androgynous alter ego. Back then, it was okay to be flamboyant on stage, but the ones who dared do it were usually macho lothario types like Mick Jagger (who, allegedly had a torrid love affair with Bowie – which certainly explains this video for “Dancing in the Streets”) or Robert Plant. The ones who dared tout their sexuality (like Freddie Mercury) usually did it in an unspoken way that gave them (and their fans) plausible deniability.

Bowie wasn’t concerned about that stuff, and while his stage persona may have been a marketing gimmick or a real-life extension of his concept album, it also inspired and gave hope to the millions of people who might have been too afraid or ashamed to live their lives openly. Writer and comedian Sara Benincasa summed it up when she writing on Medium: “I do not believe it is a wild exaggeration to say that there are on this earth today many people who would not be here without David Bowie — either because their parents procreated to his music or because (and this is I believe the more important group) he gave them a reason to stay alive when perhaps they did not want to.” Ironically, by creating an artificial persona, Bowie allowed millions of people to feel comfortable in their own skin. No wonder so many people felt a kinship with him.

Bowie also used his clout to promote civil rights and memorably called out MTV for its unwillingness to play black artists during the early days of the network. It seems strange to consider that the network that Michael Jackson helped build hardly ever played black artists during its early days, and Bowie wasn’t the only one who noticed that the few black artists MTV showed on the air were usually relegated to the late night/early morning block. In the excellent “I Want My MTV” oral history of the network, there’s an entire chapter devoted to the issue, with the usual excuses thrown around like “black people weren’t playing rock music,” “most people with cable in the early 80s were white families in the suburbs,” and “record labels gave black artists very little money when it came to making videos.”

If you watch the whole interview between Bowie and MTV VJ Mark Goodman (or you can read the transcript) it’s interesting how Bowie, simply by asking a few polite questions, disarms a clearly defensive Goodman to the point where the VJ basically admits that America’s racial divide has gotten worse since the 1960s and that the network was more concerned with placating the majority race than being inclusive. Obviously, there’s a perfectly logical and defensive business justification for doing this (heck, most corporations continue to do this), but for an outlaw network like MTV that claimed not to be worried about these sorts of things, it’s a stunning admission. Bowie was probably one of the few rock stars at the time intelligent enough to pull this off.

Intelligence is the root of being able to constantly re-invent oneself and stay relevant, and Bowie had that in abundance. Take his views about the music industry. While many have been (and continue to be) confused about how drastically the music industry has changed in the last decade, Bowie saw it all coming. He predicted the rise of streaming music services, presciently telling the New York Times in 2002 that the days of record labels controlling the distribution of music would be a thing of the past. ”Music itself is going to become like running water or electricity,” he told the Times. ”So it’s like, just take advantage of these last few years because none of this is ever going to happen again. You’d better be prepared for doing a lot of touring because that’s really the only unique situation that’s going to be left. It’s terribly exciting. But on the other hand it doesn’t matter if you think it’s exciting or not; it’s what’s going to happen.”

And to prove he was no one-hit wonder, in 1998, he showed he was well ahead of the curve when he utilized the power of the Internet to form his own nascent online community. He was also forward-thinking when it came to fundraising, selling bonds in 1997 to investors backed with his substantial back catalog of albums. According to the BBC, the money he raised by selling the bonds allowed him to buy out his former manager, who had owned a large chunk of Bowie’s royalties in perpetuity.

Too bad we won’t have him around anymore so that he tell us about the next big shift in the music industry. I guess we’ll just have to find out about that on our own. 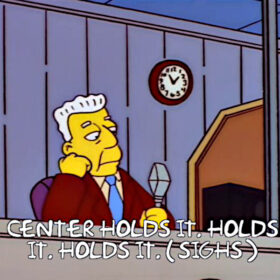 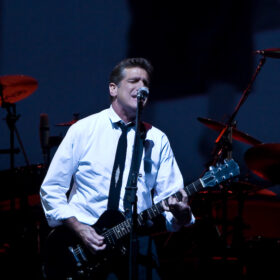