Comments Off on The Cool Eagle Flies Away

2016 claimed yet another high-profile victim as the longtime Eagles front-man died Monday from a long illness. Frey was only 67 when he died, and his passing seemed to catch his current and former bandmates off guard. Eagles co-leader Don Henley said that he was in a state of shock and disbelief and noted that the band had just wrapped up its most recent (and presumably, final) tour in July. Former bassist Randy Meisner also said that he was shocked, noting that Frey had always seemed so energetic and full of life. Even Don Felder, the guy who nearly got into a fistfight with Frey on stage in 1980 and sued the band after he was terminated in 2001, seemed surprised by his old nemesis’s demise. “Glenn’s passing was so unexpected and has left me with a very heavy heart filled with sorrow,” Felder said on Tuesday. “Glenn was the James Dean of the band. He was the leader that we all looked to for direction and by far the coolest guy in the band.”

Indeed, when it came to the Eagles, Frey’s public persona had long been that of “the cool one” (Don Henley was “the serious one,” Joe Walsh was “the crazy one,” Felder was “the technician,” and Timothy B. Schmit was “the quiet one”). And, like most things relating to the Eagles, it was a carefully cultivated image. Cameron Crowe, in one of his earliest Rolling Stone profiles, noted that Frey had been the “the cool one” ever since he was a kid. “He knew he was cool,” Cameron quoted an old childhood acquaintance of Frey’s. “He was really into this whole role of being a teen king.”

Cameron, himself, felt the same way when he first met Frey, noting in the run-up to the release of his magnum-opus, “Almost Famous,” that the Eagles front-man was “the coolest guy I had ever met in 1972.” Cameron also admitted that Frey was a major inspiration for the ultra-cool Russell Hammond character from the movie (the other inspirations were Duane Allman – mainly the part about how he was a great guitar player who had surpassed his bandmates and could leave them whenever he wanted to but stayed out of loyalty – and Robert Plant, at least for this scene). “And there’s one line [Frey] really did say to me: ‘Look, just make us look cool,'” Crowe said.

The entire interview provides a fascinating look into Frey and reveals just how controlling he could be when it came to his public persona. For instance, Frey had a technique called “crafting a buzz” where he would drink two beers right off the bat whenever he came to a party so he would be pleasantly buzzed but not drunk enough to do or say something he might regret. Then he would spend the rest of the night nursing one or two beers so he could maintain that buzz without getting completely wasted. It’s a shocking thing for a rockstar to admit – most of them would just do whatever they wanted, consequences be damned! Heck, that was pretty much Joe Walsh’s M.O. before he got sober in the 90s. But Frey not only said it, he said it to a reporter – the one person you don’t tell secrets to.

In fact, he and his bandmates were quite open about the fact that they wanted to make hit records, get lots of radio airplay, sell tons of albums and bring home as much cash as their bank accounts could take. “We had it all planned,” Frey told Crowe in 1975. “We’d watched bands like Poco and the Burrito Brothers lose their initial momentum. We were determined not to make the same mistakes. This was gonna be our best shot. Everybody had to look good, sing good, play good and write good. We wanted it all. Peer respect. AM and FM success. Number One singles and albums, great music and a lot of money.” Henley then chimed in saying that “money was a much saner goal than adoration.” Throw in “do a ton of drugs” and “bang lots of groupies” and you pretty much have the band’s mission statement.

Actually, that’s pretty much the mission statement for most top bands and artists – especially from that era. The only thing is that you weren’t supposed to be honest about it. During the 60s and 70s, bands and artists still thought they were going to change the world and make a difference, and that was supposed to take precedence over business. The Beatles were seen as the ultimate example of this – after all, they quit touring at the height of their popularity so that they could concentrate on making good albums. Yet, as Paul McCartney admitted many years later: “Somebody said to me: ‘But the Beatles were anti-materialistic.’ That’s a huge myth. John and I literally used to sit down and say, ‘Now, let’s write a swimming pool.'”

Throw in the fact that Frey and Henley were both intelligent, articulate and sure of themselves (some would say “arrogant”), and you can see why the Eagles would become so disliked by critics and music snobs, even as they sold more records in the U.S. than just about anyone. Even some of the remembrances to Frey contained lengthy disclaimers that emphasized how much the Eagles sucked, as if the authors were worried that expressing sorrow over Frey’s passing would cause them to lose credibility.

After all, the Eagles didn’t just represent the establishment. They were the establishment. And Frey epitomized that. The reason why he and Felder almost got into a fight on stage was because the band was performing at a benefit organized by then-California Senator Alan Cranston, and Felder had disrespected him at the meet-and-greet before the concert. Frey was so mad that Felder would dare insult the high-and-mighty Cranston (who ended up getting reprimanded by the U.S. Senate for his involvement in the Keating Five Scandal, which essentially ended his career) that he threw a beer bottle at the wall behind Felder as he was warming up to go out on stage, and then threatened to kick his ass in between songs. “Somebody’s going to hurt someone, before the night is through,” indeed.

It’s a shame, because the Eagles, love them or hate them, really created some great music. Frey’s smooth, soothing voice was an important counterweight to Henley’s darker, more cynical vocals. Frey longed to be a rocker, but his twangy voice was better suited to the band’s earlier stuff, when they were more of a country-rock outfit. As the band moved more towards a hard rock sound, he willingly ceded most of the lead vocals to Henley. In one case, he deferred to Randy Meisner, who sang lead on “Take it to the Limit,” one of the band’s biggest hits. After Meisner left the band (in part, due to Frey insisting that Meisner sing that song every night), Frey started singing it live, and his version is actually quite good. His soulful singing style gives the song a different, and more interesting dimension. As a guitarist, he was an extremely underrated. He could match Bernie Leadon and Don Felder when it came to solos, but it was his strong rhythm playing, especially on “Hotel California” and “The Long Run,” that gave those songs their structure. It’s been said by more than one person that a big reason for the Eagles’ appeal was that they provided an escape from the turmoil of the late 60s and 70s. In that regard, Frey’s reassuring voice was probably the biggest factor.

Perhaps that’s why, when asked to sum up the Eagles’ legacy, Frey was content to let the band’s resume do the talking. When asked in 2007 by “60 Minutes” to explain the band’s enduring popularity, he simply said: “‘Take It Easy,’ ‘Witchy Woman,’ ‘Peaceful Easy Feeling,’ ‘Desperado,’ ‘Tequila Sunrise,’ ‘Already Gone,’ ‘Best of My Love,’ ‘One of These Nights,’ ‘Lyin’ Eyes,’ ‘Take It to the Limit,’ ‘Hotel California,’ ‘Life in the Fast Lane,’ ‘New Kid in Town,’ ‘I Can’t Tell You Why,’ ‘The Long Run,’ ‘Heartache Tonight.’” People might not have been able to relate to the band, but they sure connected with its songs. As the excellent documentary “History of the Eagles” argued: People did things to Eagles songs. They drove cross-country. They went to bars. They fought and made up (just like the band members did many, many times). They got high and they got laid. As Stephen Colbert pointed out in a touching tribute to Frey, he had his very first slow dance to “Desperado.” For me, my first experience with the Eagles was when I was in middle school and my friends and I got our hands on a cassette of “Hotel California” and were excited because we heard it was a satanic song. Six-and-a-half minutes later, we were just confused. At least we weren’t alone.

As for Frey’s legacy, he’ll always be the cool guy. Not because his band was cool – as we’ve seen, the Eagles were anything but. Instead, Frey was cool in the way that a prize fighter who says exactly what he’s going to do when he gets into the ring, and then goes out and does it, is cool. After all, there’s something to be said about a guy who says he’s going to be a great songwriter, a famous singer, an accomplished actor and a very, very rich man – and does it. Frey did it, and he did it in spades. 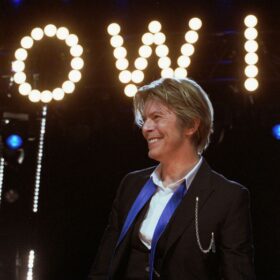 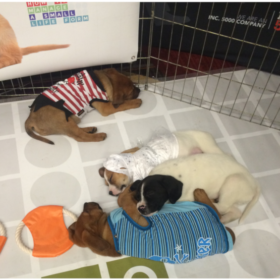