Comments Off on Album Review: “Uptown Special” by Mark Ronson

The duo performed “Uptown Funk” (the current #1 single in America) and “Feel Right” off Ronson’s album “Uptown Special.” I was pleasantly surprised how much I liked both songs- particularly “Feel Right,” a James Brown-inspired song that featured rapper Mystikal on lead vocals. I usually dislike the “No Limit”-style of rapping that Mystikal utilizes, but I found that his gruff and rapid-fire delivery worked well for the song. “Uptown Funk,” meanwhile, is, more or less, a carbon-copy of Rick James’s “Give it to Me Baby“- right down to the horn-and-sax riffs, the ringing guitar and the backup singers going: “Say what?!” Subtract James’s lecherous exhortations and replace them with Mars’s more wholesome brand of infectious good humor and you have a near-perfect pop song that was genetically engineered to be a gigantic hit.

Those two songs are wonderful and almost enough to make the album a must-own. If the rest of the songs on the album were as good as “Uptown Special” or “Feel Right” then we’d be talking about one of the best albums of the last 10 years. Unfortunately, Ronson fails to hit the same heights he reached on those two songs.

That’s no major criticism – after all, those songs are so good that he ends up setting the bar way too high for himself. Indeed, the rest of the album is perfectly acceptable pop and an enjoyable homage to various 60’s and 70’s rock and R&B acts.

Where this record really suffers, however, is that it’s both too ambitious and not ambitious enough. Ronson’s sense of nostalgia and love for 60’s and 70’s standards is clear and this record is meant to be a tribute to his favorite artists and sounds. This record reflects his wide-ranging musical tastes and results in a diverse collection of songs that don’t all sound like they were inspired by Earth, Wind & Fire or Sly & the Family Stone. Ronson loves him some rock music, too, and that much is evident from the Beatles-esque “Leaving Los Feliz,” as well as the Steely Dan-inspired “Summer Breaking.” The 90’s are fair game as well, as evidenced by “I Can’t Lose,” a fun tune that sees Ronson aping Snoop Dogg’s “Ain’t No Fun (If The Homies Can’t Have None)” – itself an ode to 70’s-style R&B.

However, taking on so many different genres results in “Uptown Special” being a disjointed, schizophrenic affair. Not every album needs a unifying theme and there is a lot to be said for making sure the songs aren’t just a bunch of cookie cutter filler tunes. On the other hand, it’s hard to see the value of “Uptown Special” as an album when it sounds like a random Spotify playlist (as SPIN puts it). I get that he loves music and is nostalgic for the past. But what is he really trying to say beyond “[Fill in the blank artist or band] is really great?”

He tries to make up for this lack of inspiration by being profound. Co-lyricist Michael Chabon is a Pulitzer Prize-winning novelist and one of the best writers around. But novelists don’t always make for the best lyricists, and Chabon’s lyrics don’t really work with Ronson’s songs. “Summer Breaking” features this line: “avenues empty as .44 clips / cargo ships and teen zombie ships riding their whips.” “Crack in the Pearl” has this: “In the backroom of the El Mago Casino/ Under a portrait of Doris Day.” There’s nothing wrong with those lyrics. In any other context, they would be profound and thought-provoking. The problem is most of the songs Ronson is paying tribute to are distinguished by their simplicity and lack of subtext. “Give it to me, babe! Give it to me!” “I feel good! You know that I would!” Not “Third michelada/ Second Adderall/ To take the edge off the crazy.” I don’t even know what that means. Imagine if someone were to write a song that was an homage to “I Want it That Way,” only it contained lyrics about Kant, third-world debt and Kim Kardashian. Is that really what the world needs?

Ronson also swings and misses on one of the most obvious collaborations on the record. Much has been made of Stevie Wonder’s involvement in the record. Wonder plays harmonica on two songs: the opening track (“Uptown’s First Finale”) and the closing track (“Crack in the Pearl, Part II”). He doesn’t sing, unless he contributes background vocals that are buried in the mix somewhere. It seems like a waste of talent – akin to hiring Picasso to paint your house. According to Ronson, the collaboration came about because he simply wrote a letter to Wonder asking him to contribute and Wonder recorded the part on his own and sent it back. One wonders why he didn’t just ask Wonder to sing on the album. Wonder’s vocals would have infinitely improved several of the songs on the album and maybe would have forced Ronson to up his game. 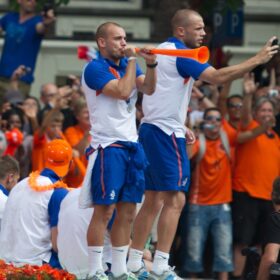 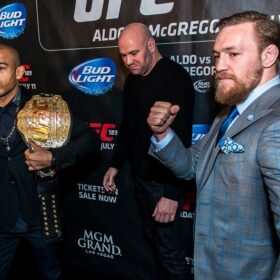