Comments Off on Album Review: “Now” by Shania Twain

At first glance, Shania Twain seemed to have a perfect life. The gorgeous country-pop superstar and her musical partner, Robert “Mutt” Lange, seemed happily married, raising a family in Switzerland while churning out one perfect, best-selling album after another. Twain became the first (and given how much the industry has changed – probably last) woman to ever have three consecutive diamond-selling albums, and her 1997 blockbuster, Come on Over, is the best-selling album by a female solo singer.

And if wealth, success, marital bliss and physical beauty weren’t enough, her perfection was even confirmed by science. That’s right. Shania Twain was able to take the ultimate (and seemingly unattainable) subjective quality and quantify it.

Turns out, her life was pretty far from perfect. And we all found out about it in the most public way possible.

First, her husband cheated on her with her best friend and filed for divorce after 15 years of marriage and nearly 76 million albums sold together. Then, she nearly had to call time on her career after a serious illness damaged her vocal cords leaving her unable to sing. Understandably, writing and recording a new album took a back seat to her physical and emotional health. During the ensuing decade-and-a-half, her musical output consisted of a successful Las Vegas residency, a “farewell” tour and a handful of singles.

Ultimately, her real-life country song had a happy ending. She found new love in a familiar-yet-unlikely place, marrying her now-former best friend’s ex-husband in a spouse-swap that would have made a better film than song.

And now, after 15 long years and a heck of lot of pain, heartbreak and inspiration, Twain is back with Now. Her first studio album without her ex-husband since her 1993 debut, Twain sets about proving that she can succeed without Lange’s help – writing and co-producing every song on the record. The result is a respectable album that sounds nothing like anything she’s ever done.

For one thing, her voice is now lower and deeper as a result of her illness. Whereas Twain once had a clean mezzo-soprano style that was perfect for pop songs, her voice now has a bluesy, sultry feel to it.

Perhaps it’s appropriate, given the lyrical content of Now. While Twain has maintained that Now is not a “divorce album,” the other two sides of the love triangle she never wanted to be a part of loom large on the record. Introspective ballads dominate the album and her downbeat, even bitter lyrics are a sharp departure from the fun-loving Shania Twain we’re used to. For instance, on “Poor Me,” she sings: “I know it should get better / Oh, but it never does / I wish he’d never met her / Then everything would be the way it was.” Here, her deeper register, paired with a searing guitar riff, gives the song an emotional weight that might not have been present pre-illness. On “Light of My Life,” she reflects on the age old question of whether it’s better to have love and lost than never loved at all (she believes in the former), while “Let’s Kiss and Make Up,” is an appeal for more communication: “Let’s be honest, let’s be open / We’re not broken, not yet.” Whether it’s a generic entreaty that’s representative of many of her listeners’ lives or it’s a line she wished she had delivered to her ex-husband as their marriage was crumbling apart is, obviously, open to interpretation.

Her new vocal range doesn’t do her any favors on the album’s few uptempo and upbeat songs. Second single “Swinging with My Eyes Closed” starts off like many of her best songs – a driving, stomping riff that sounds like the spiritual successor to the ones that opened “Any Man of Mine” and “Honey I’m Home” before seamlessly segueing into a pulsating reggae beat. However, the song lacks the sheer enthusiasm of her best singles. On the aforementioned “Let’s Kiss and Make Up,” the production tries hard to convey a carefree, easygoing vibe, but Twain’s vocal delivery is slow and halting, preventing the song from really taking off. Two songs dealing with how great things are for her now, “We’ve Got Something They Don’t” and lead single “Life’s About to Get Good,” have potential but are ruined by a lot of overproduction and a dash of Autotune. Simply put, Shania Twain’s albums have always been fun, but on Now, she just doesn’t sound like she’s really having any. Not even on a song called “More Fun.”

Plus, this record shows that she’s accepted the idea that she no longer has to be perfect. She even sings: “I’m not perfect, I know that” on “Let’s Kiss and Make Up.” Her production on the album is Mutt-like at times, but on the whole, she’s a minimalist compared to her ex. Lange was known for being a perfectionist in the studio and was obsessed with producing an album where every track could be released as a single. Def Leppard’s Hysteria, which Lange produced, is often held up as the archetype of this ethos, but that record “only” yielded seven singles out of 12 album tracks. Yet “Come on Over” came closer to Lange’s elusive goal, yielding a whopping 12 singles (out of 16 album tracks).

Clearly, Now doesn’t have anything close to 12 singles (or even the eight from either Up! or The Woman in Me). But that’s to be expected with a album as heavy on introspection and painful reflection as this one.

Instead, what this album does is put to rest the “Svengali” theory that Lange was solely responsible for Twain’s success. Twain proves she’s more than capable of excelling on her own and that she’s much more resilient than we all believed. She’s reinvented herself and has produced a gloriously imperfect album. Now we’ll just have to wait for science to quantify it. 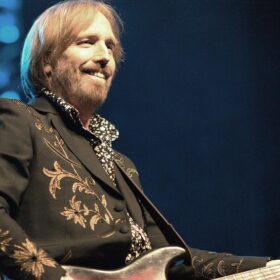