Comments Off on Shaq’s Rap Career: A Retrospective

Call it “The Day The ‘Music’ Died.” Tuesday brought sad news for the dozens of fans who loved Shaq as a rapper (more than few people bought his debut album, which went platinum and cracked the top 40 on the Billboard 200). TMZ reports that Shaq has called time on his rap career. “Would I ever go back [to rapping?]” asked O’Neal. “No man. I’m 45 years old.”

Looks like we’ll just have our memories of MC Shaq. He can rest assured that, compared to other NBA athletes that tried to rap (Allen Iverson, Gary Payton, Ron Artest, Chris Webber, and yes, Kobe Bryant), he has had the most success.

“What’s Up Doc?  Can We Rock?” Fu-Schnickens featuring Shaq.

Without question, this is the pinnacle of Shaq’s rap career. Just like how “Encino Man” was the pinnacle of Pauly Shore’s movie career. Shaq only raps on the last verse, and only for a minute or so. Despite the brevity of his appearance, Shaq still manages to squeeze in a number of his trademarks.

Goofy Rhymes: Shaq rhymes “bragadocious” with “Supercalifragelistic, Shaq is alidocious” showing that he can make up multiple words and butcher pop culture references with ease. He also rhymes “viper” with “decipher.”

Dated Pop Culture References: Tony Danza in “Who’s the Boss,” Mary Poppins, and Dick Butkas. I’d love to be a fly on the wall if those three were ever in the same room together.  Plus, he references the “Viper” car security system, which I’m not sure is still on the market.  I remember their commercials were pretty freaky, though.

Dissing NBA Stars: Shaq takes the time to remind Christian Laettner and Alonzo Mourning about who went #1 in the draft in 1992. Yes. It was Shaq (in case there was any doubt about that). Whatever. Christian Laettner was still a better college player (and got to play on the Dream Team).

Headscratcher: Shaq tries (and fails) to make “boss” and “Butkas” rhyme.  Not sure what rhyming dictionary he was using.

Verdict: Even though Shaq only makes a cameo appearance at the end, he saw fit to include this song on his “Greatest Hits” collection. It’s not hard to see why not, since it’s a catchy tune. Sure, he piggy-backed off Fu Schnickens’ hard work, but Shaq’s no stranger to doing that. He won a ring in Miami the same way.

Along with “What’s Up Doc,” this single also managed to crack the Billboard Top 40, giving him two legitimate, bona-fide hits in the United States. “I Know I Got Skillz” is his last hit single to date, however he still has twice as many hits in this country as the Grateful Dead, Jimi Hendrix, Rush or Public Enemy.

Goofy Rhymes: Despite the fact that “basketball” already rhymes with “tall,” Shaq saw fit to tack on an additional suffix to each word. “I dribble rhymes like Basketball-ems, people call me E.T. (What’s that Shaq man?) Extra-Tall ems…” Shaq also threatens to “cream you like cheese, spread you on my bagle.” I guess he’s not a lox guy.

Dated Pop Culture References: He refers to “Cuba Gooding” (I assume he meant Cuba Gooding Jr., rather than his father) from “Boyz ‘N The Hood,” Cheech and Chong and “The Hand That Rocks the Cradle. Clearly, he hit Blockbuster video before writing this song.

Dissing NBA Stars: Surprisingly none. Only a generic line: “All you jealous punks can’t stop my dunks.” Well, that was certainly true.

Headscratchers: “Yo she breasted on my neck. People walk around like y’all, they got charred. But I’m big like Gorilla, 6-7, large. I kick rhymes like mo duck-kwong you. I smoke-smoke the mic-mic, I Chech and Chong you.”  I have no idea what that even means. Kind of like when I first heard: “I am the table.”

Verdict: This was definitely the lesser of Shaq’s two hits. The “Wildside” to his “Good Vibrations.” The “Pop Goes The World” to his “Safety Dance.” The “Girl on TV” to his “Summer Girls.” You get the picture.

“Shoot Pass Slam!”
Here’s a little ditty by Shaq that was later turned into a commercial for Reebok. Anyway, there are a number of Shaq trademarks that are present here:

Goofy rhymes: Shaq rhymes “Stay off me” with “Mr. Miyagi,” “Chicago” with “Ivan Drago,” “diesel” with “weasel,” and “hostile” with “gospel.” Not sure those two go together. Chicago and Drago, I mean. This last winter may have been the worst in recent Chicago history, but it was shorts weather for Russians.

Dated pop culture references: Besides the aforementioned references to Mr. Miyagi and Ivan Drago, which shows that Shaq was probably watching a USA network marathon while he was writing this song (too bad “Road House” wasn’t on – otherwise he could have said “I got more juice than the Double Deuce”), we have references to “The Rookie” starring Clint Eastwood and Martin Sheen (sorry, Shaq – you meant to say “Charlie Sheen”), “Control” by Janet Jackson, Alka Seltzer (sorry Shaq, you meant to say “Plop plop, fizz fizz” not “Plop plop, flip flip”), “Give it Away” by the Red Hot Chili Peppers, and The Incredible Hulk.

Dissing NBA stars: He attacks future teammate Karl Malone by saying “Call me Mailman since Karl can’t deliver.” I doubt there was much damage, though. Karl Malone listens to country music, so unless Billy Ray Cyrus did a cover of this song that we don’t know about, then I don’t think Karl even knew about this diss.

In the 1990s, for some reason, Shaq was in demand as a collaborator. He worked with Biggie in 1996. He laid down vocals with Axl Rose during the interminable “Chinese Democracy” sessions (they didn’t make the album, though). Russell Simmons even said that he wished he had signed Shaq to his record label. Here, he works with the King of Pop in one of the forgettable tracks from “HIStory.”

Goofy Rhymes: He only has one verse, but Shaq makes the most of it. Taking the profound route and ending with the absurd, he raps: “Reality brings forth realizm. It’s the man of steel organizm, twizm.” I have no idea what a twizm is. Is it an ice-dancing move?

Dated Pop Culture References: He references the “Thrilla in Manilla.” Too bad he didn’t have time to talk about the “Rumble in the Jungle” or “Two Geezers at Caesar’s.”

Dissing NBA Stars: None. Although he does refer to Jackson as “MJ.” Wonder how Michael Jordan felt about that.

Headscratchers: You mean besides the fact he was on a Michael Jackson song in the first place?

Verdict: Shaq’s rap career lasted longer than either of Jackson’s marriages. Who saw that coming? Besides most people, of course.

Shaq Freestyles About Vlade Divac and the Kings

Not really a rap. More of a freestyle in the vein of his Kobe diss. Shaq tries his hand at singing, and the result is as bad as when Carl Lewis tried to sing the national anthem. Shaq even takes the time to sample the “Cheers” theme song by playing the MIDI off a cell phone. You have to credit Shaq for his resourcefulness since they were no where near a recording studio and this was before the days of iPhones.

Goofy Rhymes: Not too many. It was pretty straightforward. Clearly, Shaq doesn’t feel the need to come up with outlandish rhymes when he’s freestyling. Instead, he goes with tried-and-true ones like “Winning a championship takes everything you’ve got. Sacramento thought it was their year, but I’m telling you it’s not. Or “You said we wouldn’t win in your place. Guess what? Kobe dunked in your face.”

Dated Pop Culture References: Ironically, Shaq is now a minority owner of the Kings. Plus, now we know that the 2002 Western Conference Finals might have been fixed. Maybe Shaq should have closed with “Kobe elbowed Mike Bibby in the nose. But we were the ones who got to shoot free throws. Dick Bavetta and his crew fixed the game!”

Dissing NBA Stars: The whole thing is directed against Vlade Divac, who was probably the closest thing there was to being Shaq’s nemesis during Shaq’s L.A. days (other than Kobe, of course). Ironically, Shaq even gives Kobe props as he sings about how Kobe dunked in Vlade’s face. Vlade is the only King that gets skewered here, which is too bad. I would have loved to have heard Shaq integrate Scot Pollard into the mix.

Headscratcher: Who had the “Cheers” theme song on their cell phone?  I’m thinking it was Mark Madsen.

Verdict: Shaq is not a good singer.

And, of course, here’s Shaq’s most recent rap. I think it speaks for itself. It’s his “Hit ‘Em Up,” or “No Vasoline.” A true classic in every sense – other than the fact that Kobe now has more rings.

Thanks for the memories, Shaq. 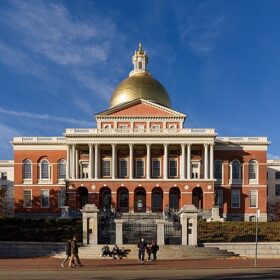 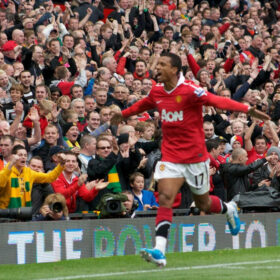