It’s been said that great art comes out of great suffering or adversity. Eric Clapton produced his masterpiece, Layla and Other Assorted Love Songs while nursing a crippling heroin addiction and hopelessly in love with his best friend’s wife. Francis Ford Coppola had a nervous breakdown and allegedly threatened to kill himself multiple times while filming his classic film, Apocalypse Now. Ludwig van Beethoven composed some of his best and most-admired works after going deaf and while suffering from terrible health problems. Vincent van Gogh was, perhaps, the archetype of the tortured artist, battling mental illness for most of his career (including the infamous episode where he cut off his own ear) and produced some of the most beloved paintings in history.

Of course, sometimes, great suffering or adversity ends up producing crap – crap so bad that the artist is never quite the same afterwards. Case in point: St. Anger by Metallica.

On the one hand, the very existence of St. Anger is a triumph. In 2001, the band seemed on the verge of a complete implosion and it looked like the polarizing Load/Reload combo would be Metallica’s epitaph (before the obligatory post-breakup “rarities” releases, album remasters, unauthorized greatest hits albums and the inevitable band reunion and tour). The band’s decision to take on Napster had angered many of its fans and led to a major backlash. Meanwhile, a controversial interview with Playboy laid bare some of the lingering bitterness and personal feuds within the band that had been festering for years – if not decades (at one point, lead singer James Hetfield criticized drummer Lars Ulrich’s musical abilities, saying he’s never been a great drummer and still isn’t – keep this in mind). Meanwhile, bassist Jason Newsted’s growing estrangement from his bandmates finally manifested itself when Hetfield blocked an album release from Newsted’s side band, Echobrain, causing Newsted to quit.

The band decided to soldier on and began recording sessions for what would become St. Anger. However, the sessions were beset by creative and personal problems, as demonstrated in the excellent Metallica: Some Kind of Monster documentary. Months after the sessions started, Hetfield entered rehab for alcoholism and other substance abuse issues and didn’t return to the studio for nearly a year. Ulrich, guitarist Kirk Hammett and producer/substitute bassist Bob Rock tried, in vain, to keep things going, but the three ended up spending most of their time in group therapy sessions with a “performance enhancement coach” hired by Metallica’s management to help the band members work through their myriad problems with one another. Ulrich even sits down with former Metallica guitarist Dave Mustaine as part of his therapy, and in another scene, plays some of the band’s new recordings for his father. “Delete that,” the elder Ulrich advises.

Lars’s dad clearly knew what he was talking about. This album is an absolute slog and is, without question, the worst Metallica album of all time (excluding Lulu, which was more of a Lou Reed project and has its defenders). Unlike with Load and Reload, I’ve never been able to listen to this album all the way through in one sitting. Indeed, Load and Reload sound like Master of Puppets compared to St. Anger. Most importantly, as polarizing as Load and Reload were, there were enough good songs on each album that there was a solid single album in there.

The same cannot be said for St. Anger. The band knew what it wanted: a raw-sounding “back to basics” record that captured the essence of four men jamming in studio like in the old days. To be sure, had Metallica actually produced an album that sounded like the original NWOBHM-influenced Garage Days Re-Revisited or even the well-regarded mostly-classic rock covers album Garage, Inc., it would have been nearly-universally beloved by its fanbase.

The nu metal influence extends to the lack of guitar solos on the album. In the documentary, Hammett warns his bandmates that not putting solos on the album as a rule would date the album to the era in which it was recorded. He ended up being absolutely right and hasn’t been shy about tooting his own horn. Instead, he and Hetfield are reduced to churning out incomprehensible riff after incomprehensible riff while doing the Wes Borland thing of alternating between a downtuned guitar for the riffs and a heavy acoustic-sounding style for the verses.

Of course, this album departs from nu metal norms in many ways. While nu metal songs tend to be short and have catchy hooks and choruses, St. Anger has none of those. The songs are long, the riffs are complex and the choruses are unmemorable. Lead single “Frantic” is okay – although the repetitive “Frantic-tic-tic-tic-tic-tic-tock” chorus gets annoying after a while. “Some Kind of Monster” has a cool, if overly complicated opening riff, but doesn’t have much else going for it (Hetfield’s whiny vocal delivery on “We the people” almost makes me think he’s being sarcastic – but it’s hard to tell). “The Unnamed Feeling,” the title track, and “Sweet Amber” are serviceable, but any of these songs would have struggled to make the cut for either Load or Reload. It’s almost like they took the worst things about nu, thrash and progressive metal and Frankensteined them into one piece of unlistenable sludge. Some kind of monster, indeed.

And, of course, no review of St. Anger would be complete without a discussion of Ulrich’s drumming. It’s been compared to the sound you get when you strike an aluminum chair or trash can lid repeatedly. Or what happens when you let someone bang pots and pans together. Either way, it’s just as bad as advertised. Ulrich feels the need to do this on almost every song, which only compounds the general unlistenable quality that this album already possesses. Whether Ulrich was experimenting with a new style or responding to Hetfield’s criticism from the Playboy interview by having his drum sound be more prominent, we’ll never know. In fact, Ulrich claims he did it by accident, liked the sound, and decided to play that style throughout the sessions.

St. Anger debuted at #1 in 30 countries and received mostly positive reviews upon release (Rolling Stone gave it four stars and praised it for its authentic-sounding anger – as opposed to the wangst-filled phoniness of nu metal). And that, really, is this album’s legacy. It was an accurate expression of the rage Metallica felt at the time: hurt over Jason’s departure, helplessness over James’s battle with his inner demons, anger at all the criticism they received during the Load/Reload era and the Napster lawsuit and much, much more. “When we heard the record from beginning to end, I felt … that the experience was so pummeling, it became almost about hurting the listener, about challenging the listener, so we left the songs unedited,” Ulrich said about the album in 2011. “I can understand that people felt it was too long.”

Truer words have never been spoken. This album, indisputably, challenges and hurts the listener, and Metallica definitely paid a price for its need for catharsis. Retrospective reviews of the album have been uniformly brutal and sales stalled after that first week when it hit #1 in all of those countries. In the U.S., it’s the band’s second-lowest selling studio album, surpassed only by its latest effort, Hardwired… To Self Destruct (and comparing modern record sales to those from the pre-iTunes era is apples-to-oranges).

Worse, St. Anger ended Metallica’s run as a culturally important and relevant band, consigning them into a nostalgia act, albeit a very successful one. Metallica’s tours still gross well, but a number of their recent efforts have been centered around one of their more successful prior albums, like the 2012 Black Album Tour or the 2013 tour where they played Kill ‘Em All in its entirety, or anniversary shows, like the 30th Anniversary concerts in 2011 featuring former members Mustaine, Newsted, Ron McGovney and others). In fact, the band’s next album will be S&M 2, a sequel to the highly acclaimed 1999 performance/recording with the San Francisco Symphony Orchestra.

For a band that once reveled in taking chances and never doing the same thing twice, post-St. Anger Metallica has played things pretty safe. Arguably, the only real chance the band has taken since this album has been Lulu – and we all know how that turned out… 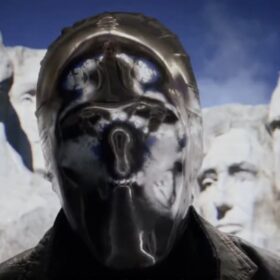 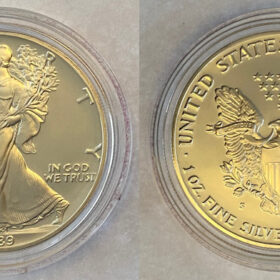