Comments Off on The Three Year Itch

Indeed, The Special One seems to have already started the ball rolling. On Tuesday, with a dour, grim look on his face that made you wonder if he had just gotten bad news from his doctor, Mourinho gave one of the most awkward, uncomfortable press conferences in a career full of them. After refusing to answer a question about Manchester United’s title hopes, he then set about looking to cast blame.

“I am happy with the evolution of the matches [on the tour],” he said with the enthusiasm of a hostage holding up a newspaper in a ransom demand video. “But I don’t have the players to work. I don’t have the majority of the players that are going to be in the squad on August 9 when the market closes and we can make it official for the season. So of course I’m not happy, to have just a few players.”

Never mind that United have spent £388.89 million on transfers since Mourinho took over (more than any other club in England other than Man City – although Liverpool will overtake them for second if they sign Nabil Fekir, as rumored). Never mind that United have been linked to several players including World Cup stars Harry Maguire and Ivan Perisic (as well as longtime Mourinho favorite, Willian). Never mind that it takes players time to settle into new clubs and it could very well be that United have yet to see the best of Romelu Lukaku, Alexis Sanchez, Victor Lindelöf and record-signing Paul Pogba. To hear Mourinho tell it, he’s like Oliver Twist asking for a mere morsel of nourishment, only to be denied by the cruel skinflint Ed Woodward.

It would compelling if it hadn’t happened before.

His tenures at Chelsea and Real Madrid began to unravel, in part, because of disputes over player transfers. And each time, things had fallen completely apart before he hit the three-year mark.

During his first go-around at Chelsea, things starting going sour after Roman Abramovich purchased Andriy Shevchenko and Michael Ballack over Mourinho’s objections. Then, in January 2007 (Mourinho’s third season at Stamford Bridge), Abramovich denied Mourinho’s requests to reinforce the squad – even ruling out loan deals. Soon afterwards, he started getting non-committal about his future. By September, he was gone – the first in a string of departures via “mutual consent” in his career.

Likewise, during his second tenure at Stamford Bridge, complaints about lack of player transfers during the summer of 2015 served as a prelude to a nightmare season for Chelsea that unfolded like a slow-motion car crash. Midway through Mourinho’s third season in his second stint as manager, he was unceremoniously sacked (officially, he left via “mutual consent“) following a high-profile strop with physio Eva Carneiro that led to a lawsuit, reported feuds with players and a horrific league form that saw the club eventually finish 10th – its worst result since Abramovich took over. The guy who, essentially, built the modern day powerhouse that Chelsea has become, seemed content to burn it all down, grumbling in one of his last interviews as manager that he had been betrayed.

Meanwhile, his time Real Madrid was marked with conflict from the beginning. Indeed, during his inaugural season at the Bernabeu, he feuded with the club’s director general, Jorge Valdano, over a variety of things. One of the biggest issues of contention was over transfer policy with Mourinho demanding that the club sign his compatriot, forward Hugo Almeida – a player deemed unworthy of Real Madrid by Perez and others. After this third season with Madrid, he left (via “mutual consent“) to return to Chelsea – but only after he was, reportedly, snubbed by the club he really wanted to join.

Now, as Mourinho is about to embark on his third year at Manchester United, he seems like he’s up to his old tricks. The conventional wisdom was that his usual “three year itch” wouldn’t apply this time since, unlike at Chelsea or Madrid, Mourinho had yet to win a league title at United and wouldn’t want to leave town without one. Then again, given how the best United team of the post-Sir Alex Ferguson era went trophyless and got smoked by Man City for the league title, maybe he thinks this is a lost cause. One thing that reporters, over the years, have noticed about Mourinho is that his physical appearance becomes more and more disheveled as he grows disenchanted with his employment. So, if he shows up to his first press conference of the season looking like Cristoph Waltz at the end of “Spectre,” then United might want to get that “mutual consent” press release ready. 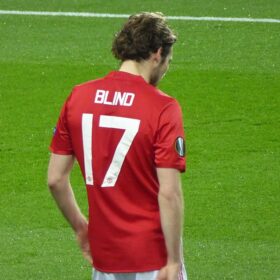 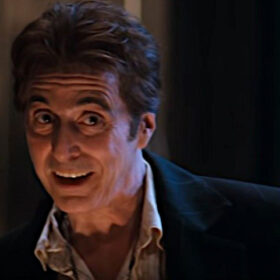