Comments Off on I’m Excited for the “Joshua Tree Tour,” But I Was Really Looking Forward to that “Pop” Re-Issue

I guess we’re not getting that 20th anniversary re-issue of “Pop,” then.

On the other hand, I haven’t been this excited for a U2 tour since the Elevation Tour. Sure, it seems weird that U2 will mark the 30th anniversary of “The Joshua Tree,” by hitting the road and playing the album in its entirety in a massive summer stadium tour – especially since they already marked the 20th anniversary by releasing a deluxe double-album. Still, the long-rumored announcement was welcome news for U2 fans like me, who didn’t care for “Songs of Innocence” and sat out the previous tour.

That being said, I was looking forward to that “Pop” re-issue. If any album in the U2 catalog needs to be updated and given the double album treatment, it’s the much-maligned “Pop.” By far the lowest-selling U2 album of the 90s and one of the worst-selling of the band’s career, U2 rarely performs songs from “Pop” anymore, and the album was completely ignored on the band’s most recent greatest hits album (despite the fact that lead single “Discothèque” remains the band’s most recent top ten hit in the U.S.).

These days, the album is remembered as the low point of the band’s “electronic and ironic” phase that took up most of the 90s. If only U2 hadn’t been so overconfident in its ability to work on tight deadlines and waited to book tour dates until after turning a satisfactory and finished record. We might, then, remember “Pop” for its undeniable moments of brilliance. “Pop” is, on the whole, a better record than its predecessor, “Zooropa,” and is, arguably, the band’s last truly daring album.

Simply put, U2 ran out of time and, instead of delivering an all-time great album, turned in an underwhelming record that was clearly not up to the band’s extremely high standards. “Pop” improved considerably once they got time back on their side. The band re-recorded a majority of the tracks, including all of the singles, and improved them (although, for the record, I preferred the original version of “Discothèque“).

Other tracks, like “Mofo,” “Gone” and “Please” sound much better live than on the album- however, it took a while for the band to figure out how to best present them on stage. In fact, “Pop” would benefit with an additional CD or two to chronicle some of the great live performances U2 gave during the opulent and overly satirical “Popmart” tour. Because they used up so much time to record the album, the band didn’t get to rehearse much before heading out on the road, and the initial results were poor. The band suffered the distinction of delivering one of the lowest-rated prime time specials in television history, a disastrous opening night performance in Las Vegas, soft ticket sales and technological glitches that made fans wonder if U2 was trying to recreate “This Is Spinal Tap.” Once the band was able to get comfortable with the new material, it delivered some great and memorable performances, including the Mexico City show that formed the basis of the “Hasta La Vista, Baby!” live album.

And, of course, the obligatory b-sides CD for “Pop” would be quite good. After all, this was a particularly strong period for U2 when it came time to recording b-sides and the guys produced some standout songs, like “Holy Joe,” “North and South of the River,” and “Two Shots of Happy, One Shot of Sad.”

Ultimately, “Pop” represented the end of an innovative and creatively fertile era for U2. Perhaps chastened by the relative failure of “Pop,” U2 retreated to more familiar territory on its next album, “All That You Can’t Leave Behind,” and has been there since. Hopefully, “Pop” will get the treatment it deserves in another five years or so. 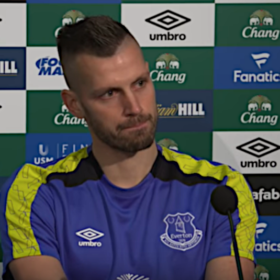 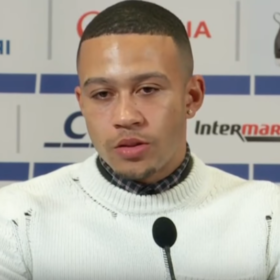