Comments Off on Album Review: “Wonderland” by Take That

Their shows, however, are still great and the “III Tour” did gangbusters at the box office. Indeed, all of their tours since reuniting have been terrific (I haven’t gone to any of them, but I’ve seen a bunch of shows on DVD and YouTube – when are you guys coming to the States?). Maybe the most impressive feat about their comeback has been that they’ve been able to avoid turning into a stale, oldies act whose albums were only important because it gave them an excuse to tour.

Until now. Wonderland is Take That’s worst album since 2006 (and possibly their worst of all time, depending on how you feel about Nobody Else), Wonderland feels irrelevant – as if the band knew they needed something to promote while out on tour and not enough time had passed since their last greatest hits album. Take That seemingly hung a lampshade on this, announcing their tour at the same time as their album.

The production is fine and Gary, Mark and Howard are to be commended for taking a stab at modernizing their sound (notice the “Millennial Whoop” in “New Day,” the Maroon 5-inspired title track, and the Daft Punky “Lucky Stars”). Instead, it’s the lyrics that aren’t up to snuff. The chorus on the title track is simply them singing “music makes me feel good” over and over (at least it wasn’t “I dig music”). I would hope that music makes them feel good – otherwise, you’d wonder why they were still doing this after so many years. On “The Last Poet,” Gary throws out an even lazier chorus, singing: “For you I can’t find words, ’cause for you there are no words.” It’s not as bad as “what rhymes with ‘hug me?'” but it’s close. The catchy “And the Band Plays” (which features a good earworm with a simple major scale as the chorus) has this tortured rhyme about New York: “Come dance by the fire/ ‘Til you’re feeling higher/ Than the State of Empire/ Let that New York feeling/ Kill your pain into your ears.” Good thing “The Garden” wasn’t about New Jersey, otherwise we might have been stuck with a rhyme like this: “Then the crowd went really crazy for James Harden. And Cochran really outfoxed Christopher Darden. But you and me, we moved back to the State of the Garden.”

Some of the lyrics are plain depressing. Mark Owen’s standout track, “Superstar,” makes multiple references to suicide and whether people miss you more when you die if you’re famous. Mark’s had some dark songs, but this one was a bit disconcerting given the song’s upbeat musical arrangement. Meanwhile Barlow, whose last solo album was full of sad, deeply personal songs, seems to have brought some of that attitude with him as he sings lead on the dirge-like “Hope” and “It’s All for You.”

While Take That have done plenty of dark, melancholy songs, especially after 2006, the lads just don’t seem like they’re having any kind of fun on Wonderland. But hey, that’s the price you pay when you’re determined to have a new album to promote on tour even though most of your fans just want to hear the older stuff.

There are more than enough happy, upbeat and fun songs to balance out the angst and please the fans during the upcoming tour. But if you’re looking for quality, then you should probably pop in the “Progress Live” DVD. 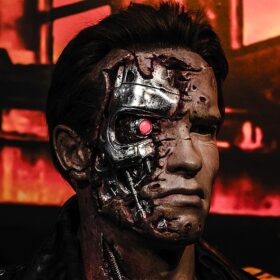 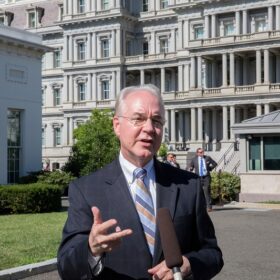