Comments Off on Here Comes the Boss! Quick, Hit the Button!

The boss button allows an employee to hide whatever is on the computer screen from the judgmental eyes of a superior. It’s perfect for those rebellious workers who want to be unproductive at work while appearing to be diligently performing their tasks.

CBS has gotten a lot of press for its boss button, a popular feature of the network’s online coverage of March Madness. According to CBS’s stats for the 2010 NCAA basketball tournament, the boss button was clicked 3.94 million times, up significantly from last season’s 2.77 million clicks. “I think most people realize it’s a tongue-in-cheek poke at the fact a good number of people are likely watching from their office,” said Jason Kint, general manager of CBSSports.com, who said the idea for CBS’s boss button came from an old computer solitaire game. CBS’s boss button has taken on a life of its own in recent years, even going so far as to have Comcast sponsor it in 2009. This year, Scott Adams, creator of the workplace-themed “Dilbert,” made a PowerPoint presentation replete with Dilbert cartoons and a fake work-productivity flow chart pop-up when the boss button was activated.

Kint claims he does not begrudge NBC for providing a similar boss button during its recent coverage of the Winter Olympics. “I think it’s great,” said Kint. “The popularity of the boss button has never been greater.”

The boss button is not solely the province of sports nuts who can’t bear to record the game and watch when they get home. Roy Pereira, the president at Shiny Agency, a Canadian marketing agency that focuses on social networking, created a boss button for Facebook in 2007. “People were just starting to use Facebook a lot, and their employers were noticing,” said Pereira, who added that he was inspired by the “boss panic button” on the Canadian employment website Workopolis.com. “I wanted to make it fun so people would get a kick out of just hitting the boss button, as it would send them to a random Google search that made sense in the workplace.”

The boss button is hardly a new innovation, but it has migrated from being a tool to surreptitiously play games to a tool to do virtually anything else but work. One of the earliest applications of the boss button was in the 1980s, when video games were just starting to take off. “A lot of people liked to play games at work because they didn’t have PCs at home,” said Al Lowe, a game designer and programmer who is most famous for creating the adult-themed “Leisure Suit Larry” games. “Our games required a graphics card, and those were very expensive back then. Therefore, we found that a lot of people played them at the office.”

Given the sensitive nature of his game (short version: Larry is a 40-something dork who wears a white leisure suit, even though they haven’t been in style since Ford was president, and uses bad pickup lines on women — often with comedic results), Lowe decided that he needed a shortcut so players could easily hide what was on the screen. “I don’t remember seeing it in any other game, but I’m not above stealing something I like.”

Turns out, Friendlyware, an early manufacturer of computer games programmed in BASIC, beat Lowe to the punch. Its games included a feature that brought up a generic-looking graph when F10 was hit. Lowe, however, wanted to do something more in keeping with the tone of his game. “One game had a Lotus-type spreadsheet that, if you looked closely, was actually measuring the effectiveness of various forms of prophylactics,” said Lowe. “Another one was a cover letter for a job you were applying for.”

On the other end of the technological scale is Mindgems’ boss button, which not only gets rid of any incriminating windows on your desktop, but even mutes the sound and adjusts the screen resolution in case you were watching a movie or playing a game. “The inspiration comes from annoying curious people that are always present in the crowded offices,” said Allan Cass, a public relations official at Mindgems. “Even if you do not have something to hide, it is really annoying when someone tries to take a look at the e-mail that you are writing.”

The “Boss Button” also applies to a different, but no less feared type of boss: the school teacher. “The Boss Button has been a tremendous aid to students like me that are March Madness addicts and need to catch every second of the action,” said Dan Spieler, a high school student in New Jersey who used the button during this past tournament. “I loved being able to watch the games with a decent level of comfort that I wasn’t going to get caught.”

The boss button also comes in handy for non-entertainment-related purposes. “I find occasional use for it in my office,” said Ishan Bansal, who runs a website called ILoveFreeSoftware.com in addition to being a working stiff. “It becomes especially useful when I am browsing my stock portfolio or bank accounts, and I don’t want anyone to come and see my net worth/investments. The button hides all that in a single click. Other times I use it is when I am on job-hunting websites like Monster.com. Don’t want my boss to know that I am planning to switch jobs.”

The purveyors of procrastination make no apologies for enabling people to avoid doing work during work hours. “There is no ethical dilemma. If your people do not want to work, then they will always find a way not to,” said Cass. “Is it better if the employee is staring at the screen for an hour without doing anything, or is it better if he plays a funny video on YouTube for few minutes and gets inspiration?”

Kint also says that he does not feel any kind of ethical dilemma by providing workers with a means of slacking off on the job. In fact, he claims that if he saw one of his employees watching a game without authorization, he would ask what was the score. “Hey, I’m a sports fan,” said Kint.

While Pereira makes no apologies for his boss button,” he is somewhat sympathetic to the much maligned boss. “People don’t waste time on Facebook. They use that time to socialize. You can’t stop humans from socializing, as we do it all of the time,” said Pereira, who is himself a boss. “I don’t mind if an employee is blowing off smoke after they’ve completed their project, but it would be different if their project was late and they were wasting time online.”

Despite the success of the boss button, ESPN, which is broadcasting the 2010 World Cup, currently does not have one for its streaming coverage. As such, workers who want to watch those games will have to do it the old-fashioned way — by calling in sick. 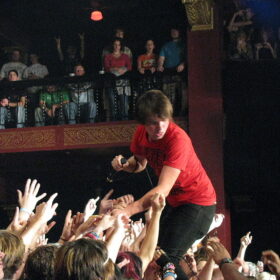 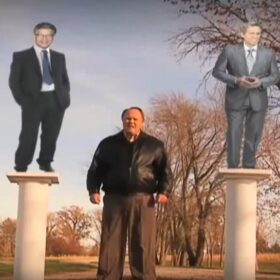