Doctor K is In

Comments Off on Doctor K is In

“I’m here to get Gooden’s perfect game autograph. I got a photo, a 16×20, and hoping he signs it, and for free of charge,” said Jose Gonzalez of the Bronx, holding up a photo of a triumphant Gooden being carried on the shoulders of his teammates after pitching a no-hitter in 1996.

Gooden recently opened up a baseball academy for children in Bergen County, New Jersey, and in doing so, found himself with a job offer from the Newark Bears of the independent Atlantic League of Professional Baseball, a far cry from the Yankees or the Mets.

“It was a great opportunity for me. I went over there one day to, basically, throw out the first pitch. The game got rained out, so I had a talk with the owner. He wanted to know what I was doing. I told him I was starting a baseball academy in Bergen County. He thought it would be a good idea to open some baseball academies in Newark to help rebuild the inner city a bit,” Gooden said. “Earlier this year, I had an opportunity to go back and work with the Yankees, but my first love is working with kids. I think it’s a great opportunity on both sides.”

Gooden was also drawn to the Bears because of some familiar faces. “Tim Raines [the manager of the Bears] is a former teammate, he’s a great friend. We’re both from Florida, so I’ve known Tim for a long time. Also Mike Torrez, who is the pitching coach, was my mentor in ’84 when I first came up with the Mets.”

In the 1980’s, Gooden was one of the best pitchers in baseball, dominating hitters with a blazing fastball while helping the New York Mets win the 1986 World Series. Along the way, he picked up individual accolades and numerous commercial endorsements as his winning smile and his likeable personality made him the toast of the Big Apple. Drugs and alcohol helped derail his promising career, and he spent much of the first half of this decade in rehab, in court, or in prison. Now, he’s clean and sober and is trying to rebuild his life the best way he knows how, through baseball.

That smile is still evident as he introduces himself, jokingly, as “Darryl Strawberry,” his long-time teammate who, like Gooden, has been no stranger to drugs and alcohol over the years. Like Strawberry, Gooden had a lot of trouble getting his life together, especially after he retired from baseball. “I had to get honest with myself and understand that my surroundings – obviously Tampa wasn’t the best place for me,” Gooden said. “Once I decided to do that and get honest with myself and do what’s best for me and my kids, it made my life a lot easier and got me back on the right track.”

He hopes to use his academy, as well as his new position with the Bears, as a way of warning others about the pratfalls of fame. Gooden plans on making appearances and doing community service, and using his academy to reach out to children. “You can use the baseball to get their attention and once you do, I can share my life experience with them,” Gooden said.

Despite all of his trials and tribulations, Gooden doesn’t have any regrets, especially about his time with the hard-partying New York Mets. “We won the championship in ’86. We had close-knit guys, and you don’t really see that these days,” Gooden said. “Once we checked into a hotel and went somewhere, we had 25 guys on the roster, at least 21 or 22 guys would go out to eat together. Yeah, there were times we partied too much, but a lot of times, that overshadows what we accomplished on the field.”

And the fans certainly have no regrets. Most of the fans are wearing Yankees gear, however, a small, but noticeable group support the Mets. Despite their differences, they all can agree on one thing. They are excited to meet the Doc. Gooden signs just about everything placed in front of him and poses for pictures for anyone with a camera. His smile may be more weathered, but it’s still every bit as winning as it was when he was a young phenom tearing through the league.

UPDATE (3/24/10): Oh well. Dwight Gooden Charged with Driving Under the Influence of Drugs. I guess some leopards never really change their spots. It’s too bad. I remember thinking that he seemed so hopeful and optimistic when I spoke with him. I was struck, not only by the honesty with which he answered my questions about his past problems, but how excited he was to be working for the Newark Bears. Turns out, he left that job a month after I spoke with him.

I’ll always remember his lack of regret over his hard-partying lifestyle, especially with the Mets. It would be one thing if the basis for his attitude was that it made him realize his own weaknesses and forced him to become a better person. However, his response was that the camaraderie between his teammates was special and more of a rarity these days. Unfortunately, there may be a reason for that, and what happened to Doc Gooden may be the biggest one.

Hopefully, this latest transgression will finally force him to clean up his act. Then again, we’ve been saying that for so many years, it’s become an exercise in futility. For all his faults, I have to say that I found it hard to dislike Doc Gooden when I interviewed him. He was courteous and professional to me, and he seemed sincere in his desire to stay on the straight and narrow. I have no doubt that he really wanted to live a drug-free life, but it isn’t always possible to do so. I certainly hope that Doc Gooden can figure out how to live a clean life. Otherwise, I fear that the next time I read about him, it could be his obituary. 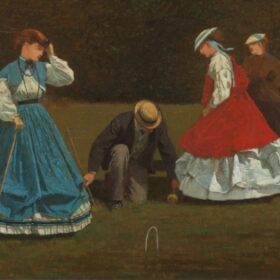