In 2004, Jostens, one of the largest providers of high school and college rings, as well as the official manufacturers of Super Bowl championship rings, introduced championship rings for fantasy sports. The rings for fantasy champions aren’t nearly as gaudy as the ones for the Super Bowl, but that doesn’t mean they’re understated or subtle. Jostens offers six different types of fantasy football rings. For those wanting a simple, refined look, there’s the signet ring for men or women with a football engraved on the face, starting at $119. Of course, athletes rarely go for austerity, so for those wanting something flashier, there are the four Franchise models. They start at $144 for the Franchise I basic model and are made of a goldlike material called Lustrium, with your choice of gemstone — such as garnet, amethyst and black onyx — in the middle. The Franchise IV model can go for as much as $2,119 for a 14-karat gold ring with a real diamond as the center stone. If that isn’t enough bling for you, there are the 24 cubic zirconia surrounding the center stone, forming the shape of a football.

“A few fantasy leagues wanted to have rings available for their winners,” says Rich Stoebe, spokesman for Jostens. “It was totally consumer driven.”

While Stoebe concedes that fantasy championship rings are a “small business” for Jostens, he says the demand stays about the same from year to year. “We’ve found that fantasy football players are very passionate,” says Stoebe, who is himself in a league that awards a championship ring to the winner. “Most sales are for the more basic rings. It’s more about telling the story and having that souvenir.”

Several Jostens employees even formed a league and awarded rings for the first time during this past season. Kevin Gunter, an employee at the Shelbyville, Tenn., office, describes himself as the Vince Lombardi of his league because he won the very first ring. “Everybody in the league thinks it is a very nice idea, and I play in another league outside of work that is seriously considering doing it next year,” says Gunter.

Gunter says members of his league decided on one of the rings in the $200-to-$300 range and emphasized that they did not get any kind of employee discount. “This ring is a lot like a real Super Bowl ring – very big in size, so it is not something to wear every day,” he says. “I wore it the first day at work after it came in to rub the other owners’ noses in it a little bit. And I will pull it out again next season, especially on draft day.”

Beeman Jewelers, Leer Jewelers and Birk’s Jewelers offer their own rings as well, with prices similar to Jostens’. Orlando bought his ring from FFL Champions, which has lower prices.

“When I started my league, in the late ’90s, we had a trophy,” says Anthony Minisci, owner of FFL Champions, whose rings are around $50. “But it got passed around each year.” He started his business in 2004 after being unable to find fantasy championship rings. “We wanted something that we could keep, something tangible. The ring mimics the NFL. It’s the symbol of excellence that the individual players received.”

Minisci says he strives for affordability with his rings, which came out the same year as Jostens’. “Our rings are readily available after the game because you can’t customize them,” he says. “We ship them more quickly so that the championship feeling is still there and you can enjoy it more when you get it. With other companies, those rings can take six to eight weeks, so you’re not getting the ring until Valentine’s Day.”

Getting a shiny rock of a ring on Valentine’s Day that isn’t an engagement ring wouldn’t necessarily ruin things with the wife or girlfriend. Minisci estimates that 10 to 15 percent of his sales are to women. “I’m sure some of them give them as gifts to their husbands, but more and more women are playing fantasy sports themselves,” says Minisci. Yahoo says approximately 14 percent of its fantasy football players are women.

Orlando’s league decided to buy its rings from FFL Champions because they were more affordable. “We’ll even get together for non-fantasy-football events and wear the rings,” says Orlando. “Fantasy football is a year-round event for us. We take it really seriously. There’s always a chance to rub it in someone’s face.”

Another league that awards rings is the Next Round Robin League, which was formed by 16 friends from Georgetown University as a way for them to keep in touch as they scattered across the country after graduation.

“One of my friends was a big Ohio State fan and wanted a ring that looked like their championship ring,” says Justin Kaye, a 32-year-old IT consultant in Washington.

Kaye says that, at first, all the rings looked like the Ohio State ring because the league went through Balfour, the company that made the real rings. Starting last year, the league switched to Beeman. “Now the rings will look different because the person will just pick whatever he wants,” says Kaye. “The guy who won it this year designed his ring after the 1986 Mets ring” from the World Series.

According to Kaye, the rings always come out whenever the league meets for the annual draft. “We all graduated in 1999, and then we all kind of scattered throughout the country,” says Kaye. “So it’s a nice way for us all to get together once in a while. The guys with rings will also wear them to Georgetown basketball games and bachelor parties.”

Kaye, however, does not have a ring and is desperate to win one. “I’m the commissioner, so I have to deal with all ring stuff,” he says. “Hopefully I’ll get mine soon.” 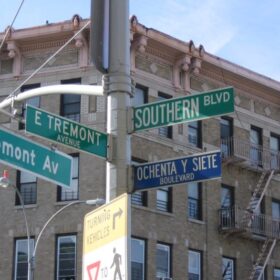 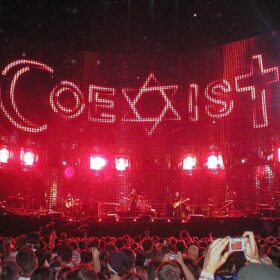