There have, obviously, been many “long stories” in Fleetwood Mac’s lengthy and stormy history, After all, many musicians suffer for their art, but few have done it as openly and successfully as Fleetwood Mac. Between various intra-band affairs, song lyrics full of pointed references and recriminations, and enough nose candy to make Tony Montana blush, Fleetwood Mac could have titled any one of their many anthology sets “It’s a Long Story.”  (And we’re just talking about the Buckingham/Nicks/Christine McVie version of the band – the incarnations that came before were affected by mental breakdowns, religious cults, and a band of imposters.)

So it was surprising, and more than a little strange, to see the band so happy and even optimistic during its two-and-a-half hour set at the United Center – the second of two shows in the Windy City during the band’s “On With The Show” tour.

Obviously, Christine McVie’s return was the main reason for the good feelings. During the course of the evening, every band member (other than her ex-husband John McVie, who never talks on stage) took the mic and talked about happy he or she was to see her back. “Our ‘Songbird’ has come home,” Mick Fleetwood gushed during band introductions. “You guys are the dreamcatchers,” Nicks told the fans. “We got our dream girl back.”

Christine McVie quickly made her presence felt. She got a rapturous ovation from the crowd whenever she stepped up to sing one of her many classic songs. Additionally, on songs like “The Chain,” her trademark high harmony made a welcome return after having been missing for nearly 15 years. The band had to either omit many popular songs from their set list during her absence, or force Stevie to sing her parts (like on “Don’t Stop”). Her solos during the show, which included “Say You Love Me,” “Little Lies,” “Everywhere,” and “You Make Loving Fun” were among the highlights of the evening and she nearly brought down the house with “Songbird,” which closed the show.

Stevie Nicks was also her usual whirling, gypsy-like self. Her theatrics were more memorable than her voice, which seemed to falter a couple of times (it could have been crappy acoustics, though – the amps were seemingly turned to 11 and sounds were bouncing off the walls – I went to a Tom Petty concert at the same venue a few weeks ago, and it wasn’t nearly as loud). That being said, there are very few things more enchanting than seeing Stevie Nicks do her trademark twirl, and her voice seemed to get stronger as the evening went on. Her rendition of “Gold Dust Woman” while wearing a golden shawl was quintessential Stevie Nicks: overly dramatic and unquestionably alluring. Another Nicks highlight was “Seven Wonders,” which the band has rarely played over the years, and “Gypsy,” which the band played at a tempo similar to the one used on the album version (unlike the slower version from 1997’s “The Dance”).

As mentioned, John McVie was his usual stoic self on stage; stepping forward to play important melodies when necessary but otherwise content to stay in the background. On the opposite end of the spectrum was his music life-partner, Mick Fleetwood. Barely able to contain his glee behind the drum kit, even during the worst of times, Fleetwood was like a kid in a candy store all night. During his extended drum solo during “World Turning,” he did his best impersonation of a British version of Animal the Muppet (so, in other words, Keith Moon)- grinning like a Cheshire cat the entire time while screaming incoherently and pounding away on the skins as only he can. Clearly, he’s thrilled that he finally has his band back to full strength.

Lindsey Buckingham also had his turn in the spotlight. The man remains a force of nature despite being eligible for Social Security, and he was, without question, the glue that held the band together on stage. Whether it was playing a short, straightforward solo like in “Say You Love Me,” an extended improvisational jam like in “I’m So Afraid,” or individual acoustic numbers that ranged from slow melodic strumming (“Landslide” and “Never Going Back Again”) to frenetic virtuosity (“Big Love”), Lindsey’s guitar remains top-notch. His vocal range isn’t what it used to be, but he makes up for it with gusto.

What was especially striking about Lindsey was just how optimistic he was about the band’s future. He hasn’t always been a happy camper (often with good reason), so it was strange hearing him be so bullish. “This is a band that continues to evolve through good times and adversity,” he said. “This is just, I guess, the latest chapter. And it’s a chapter that is going to go on for a while, a chapter that is going to yield much fruit.”

We’ll see if that is, indeed, the case. It’s possible that things could still fall apart, especially once they try to record an album [EDITOR’S NOTE, May 1, 2018: Boy did they ever]. If so, then we’ll remember this show as one of the high points for the new chapter of this very old band.

I Know I’m Not Wrong

Sisters of the Moon

Say You Love Me

Go Your Own Way 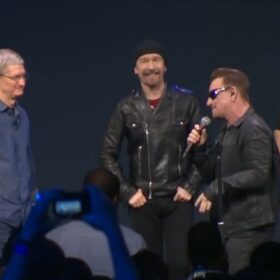