Comments Off on Career Killers: “Switch” by INXS

It’s easy to forget just how big INXS was in the 80s and early 90s. At one point, they were one of the most popular and influential bands in the world, selling out stadiums everywhere while selling boatloads of records. When Kick came out in 1987, they were megastars. The album produced four monster hits (“Need You Tonight,” “Devil Inside,” “New Sensation,” and “Never Tear Us Apart“) and their videos and songs went into heavy rotation on MTV and radio.

Their appeal was understandable. With an eclectic sound that included funk, R&B, pop, New Wave and even swing music, INXS was the rare rock band that you could dance to. Their songs were full of sex appeal, swagger and, at times, sentimentality. During their careers, the lads from Australia sold over 30 million albums worldwide with five of those records hitting the Top 20 in the U.S. At their peak, INXS was one of the biggest bands in the world – a shade below U2, the band they were often compared with.

Perhaps the biggest reason for INXS’s success was frontman Michael Hutchence. One of the main songwriters (he and keyboardist Andrew Farriss co-wrote most of the songs), Hutchence wasn’t just a creative force within the band — he was also the face. While his bandmates kept a low-profile, Hutchence got more than enough press for all of them. Whether it was dating supermodels, corrupting pop princesses, or stealing wives, Hutchence was a true rock god who put the “excess” in INXS. As such, it’s easy to overlook just how charismatic and electric a singer he was – someone who, when he wasn’t indulging in sex and drugs, was damn good at rock and roll. With a seductive voice perfect for songs like “Need You Tonight” or “Not Enough Time,” if it were scientifically possible for a man to impregnate a woman with just his singing, Hutchence could have done it.

You’d think that if any band wouldn’t be able to survive losing it’s frontman, it would be INXS. So when Hutchence hanged himself in his hotel room in 1997, it seemed like the band’s run was over. Indeed, the surviving members seemed to agree, cancelling an upcoming Australian tour and mostly disappearing.

That is, until they decided to dip their toes in the pool and make a comeback. After a few one-off gigs featuring established singers such as Terence Trent D’Arby, the band hired Hutchence soundalike Jon Stevens in 2002 as its new frontman. Stevens did a passable job, but soon grew bored in his role as, essentially, lead singer for the best INXS tribute band in the world. “After 3½ years I’d had enough – the creativity was too slow,” he told Perth Now in 2009. “It’s hard to justify it when you’re just playing other people’s songs.”

In need of a lead singer and with the reality show craze in full swing, INXS teamed up with Mark Burnett, the producer extraordinaire that had given us Survivor and The Apprentice and others, for 2005’s Rock Star: INXS. The show wasn’t a ratings hit (at least not compared to Survivor or Apprentice), but it gave INXS some much-needed exposure and reminded viewers just why their songs were so great. And after picking contestant and former Elvis impersonator J.D. Fortune as its new singer, the band had momentum and new life.

It also had a hit single, thanks to the show. “Pretty Vegas,” penned by Fortune and two other contestants to a melody written by Andrew Farriss, was a Top 10 hit in Australia and New Zealand and even cracked the Top 40 in the U.S., where it went gold. The single is undeniably catchy and is one of the few times on the album where Fortune distinguishes himself from his predecessor. The song isn’t as good as previous INXS songs, but it’s a fine addition to the band’s catalogue, and hints at where the band could have gone with its new lead singer. After all, while Fortune does sound a lot like Hutchence in places, he has a bit more muscle and heft – particularly on the band’s harder rocking songs.

Unfortunately, the band doesn’t seem interested in exploring new territory with Fortune, who seems as if he’s mainly there to sound like Hutchence and look good in photo and video shoots. For one thing, Switch came out a mere two months after Fortune won Rockstar – hardly enough time for him to write lyrics for a full album’s worth of songs. Most likely, this album was nearly complete before they hired Fortune – they just had him write a few lyrics and otherwise sing as he was told. Indeed, Fortune only has three co-writing credits on the album – including “Pretty Vegas,” which was written while he was on the show. Instead, the album features co-writing credits from several outside collaborators – a first for INXS. Producer Guy Chambers, best known for his work with Robbie Williams, has two co-writing credits, as do hitmakers extraordinaire The Matrix. Andrew Farriss wrote the lion’s share of the album – and he’s always been a capable songwriter even without Hutchence. However, this album is not the best representation of his talents. Perhaps he and Fortune didn’t click as a songwriting team – which then begs the question as to why INXS chose him in the first place.

In fact, one of the criticisms of the Rockstar show was that Fortune finished in the bottom tier of singers as voted by the fans on multiple occasions yet still beat out, arguably, the most popular contestant, runner-up Marty Casey. The Chicago-based Casey says he tried to challenge the band to evolve and change their sound – something he thinks contributed to his loss. “I made it clear that I thought, since INXS kinda created the genre that is dance-rock, and since there’s so many bands doing that now, they should re-create it,” Casey said in 2006. “Kinda like U2 went for it with Achtung Baby, and created a new sound. I think that actually hurt me, because I think they just wanted to continue their progression and make a new record based on what they’d done in the past.”

He may have been on to something. Most of Switch simply sounds like reheated songs from the INXS archives with Fortune doing his best Hutchence impersonation. On “Devil’s Party,” Fortune alternates between low-register on the verses and full voice on the chorus much like how Hutchence used to. The song itself sounds like a reject from Elegantly Wasted or a bad sequel to “Devil Inside.” “Never Let You Go” sounds like an outtake from The Swing. “Like it Or Not” harkens back to Listen Like Thieves with slightly distorted vocals a la Welcome to Wherever You Are.

Meanwhile INXS’s departed frontman looms large over Switch. Second single “Afterglow” is a tribute to Hutchence, with his ex-bandmates and successor acknowledging to him that they’re all “living in your afterglow.” Album closer and fifth single (yeah, this album actually had five singles) “God’s Top Ten” is a sentimental song about Hutchence, his partner Paula Yates and their daughter, Tiger Lilly, that features fellow Rockstar contestant Suzie McNeil in a duet with Fortune.

These two tribute songs, as well as “Pretty Vegas” are the highlights of this otherwise dull and by-the-numbers album. Switch feels like the obligatory leftovers album that a band releases after its breakup to fulfill contractual obligations – only INXS hoped to use it as a springboard to a new beginning.

In that regard, the album failed miserably. Switch cheapened the band’s legacy and demonstrated that Hutchence really was too big a loss to sustain. After a tumultuous tour with Fortune (during which he may or may not have developed a drug problem – depending on whom you ask), the band fired him (or didn’t). They brought him back again in 2011 and then fired him, again. After a farewell tour with singer Ciaran Gribbin in 2011, the band officially called it quits.

That is, until they decide to do a new version of Rockstar: INXS. Considering they’re rebooting everything these days, maybe that day could come sooner rather than later. 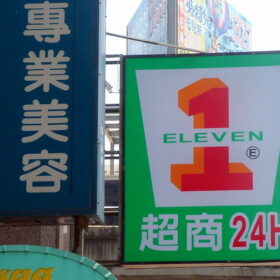 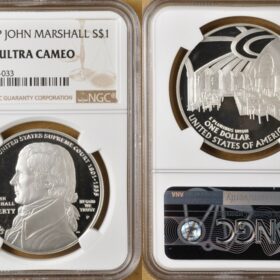