Comments Off on London Calling

I recently went to London to cover the 800th anniversary celebration of the sealing (no, King John never signed it- but I bet he still had that sourpuss expression on his face) of the Magna Carta for the ABA Journal. I may have also made a detour to Manchester to see Old Trafford (I also had the chance to see Take That in concert, but my wife never would have forgiven me for going without her). Anyway, here are the stories that came out of it: 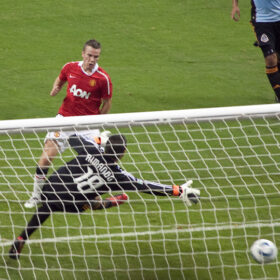