As the tide of the civil war began turning against them and victory by the Chinese Communist Party looked inevitable, Chiang Kai-shek and the Kuomingtang decided to activate their insurance policy: a small island that had only recently been returned to them following Japan’s surrender in World War II.

Starting in December 1948, KMT officials began moving the Republic of China’s gold reserves to Taiwan. According to ETF.com, before losing his grip on the mainland, Chiang personally directed the transport of between 113.6 and 115.2 tons of gold to Taiwan. The gold went nicely with all of the priceless artifacts, works of art, and historical treasures that also made the trip across the Taiwan Strait. (That’s one of the reasons why the National Palace Museum in Taipei is one of the best and most-attended museums in the world.)

The gold played a major role in the KMT’s currency reform, which stabilized Taiwan’s monetary system and set the stage for the 1960s economic boom. The New Taiwan Dollar (NT), which is still the official currency today, was introduced in June 1949 — months before Chiang and his party fled the mainland and reestablished the Republic of China in Taiwan.

As part of the new monetary system, the government minted 1 jiao (10 cents), 2 jiao (20 cents) and 5 jiao (50 cents) coins. Most of the jiao coins, including the one below, bore a portrait of Dr. Sun Yat-sen, founder of the Republic of China and one of the few political figures revered on both the mainland and Taiwan. Sun led the 1911 revolution that toppled the Manchu Dynasty and ended imperial rule in China. Known as the father of modern China, Sun was an intellectual and philosopher whose Three Principles of the People continue to guide both the Chinese Communist Party and the KMT.

Of course, lofty ideas and uplifting rhetoric only went so far. Regional warlords and armies controlled large parts of China, making it difficult to unify the country. Sun’s position was weak and tenuous, forcing him to cede the presidency to rival Yuan Shi-kai, who controlled one of the largest and best regional armies.

Yuan eventually overplayed his hand, making an ill-advised power grab for the crown (but not before circulating a popular and widely-used silver dollar bearing his image). Sun then set up various provisional and military governments designed to try and unify China. He wasn’t able to accomplish that before his death in 1925.

That’s where Chiang Kai-shek came in. Sun’s top general launched the Northern Expedition in 1926 with the goal of conquering all of the regional warlords or making them bend the knee. Within a couple of years, he had succeeded in reunifying most of China. However, the campaigns had left his army weak and spread out, making them vulnerable to Japanese invasion in 1937. Chiang had also started a purge of Communists, starting a civil war that would eventually cost him control of the mainland.

Chiang would soon find himself on his own currency. In 1966, Taiwan issued a special circulating commemorative dollar coin celebrating the generalissimo’s 80th birthday. Bearing a rather simplistic, minimalistic design, the coin featured a bust of Chiang on the obverse and “one dollar” on the reverse.

Since then, there have been numerous other commemorative coins released for both Chiang and Sun. My parents gave me this silver coin released in 1976 (one year after Chiang’s death) celebrating the long-time KMT head’s 90th birthday.

Not all Taiwan commemorative coins revolve around these two. The government has minted coins marking anniversaries of Taiwan being handed back to China by Japan, the aforementioned monetary reform, the coming of the millennium, and the 2001 Baseball World Cup. Additionally, the mint has seen fit to issue coins featuring Chiang Wei-shui, a prominent resistance leader during the period of Japanese rule, and Chiang’s son, Chiang Ching-kuo, who served as president after his father’s death in 1975 until his own in 1988. The mint also manufactures a Lunar New Year-themed coin every year to correspond to that year’s animal of the Chinese zodiac.

However, most of Taiwan’s circulating coins still bear the portraits of Sun Yat-sen and Chiang Kai-shek. That remained true even after the Democratic Progressive Party won the Presidency in 2000, breaking over 50 years of KMT control, and began de-emphasizing Chiang’s legacy by removing many of his statues and re-naming Taipei’s airport, among other things. They didn’t get around to re-designing Taiwan’s coins, though it would beg the question as to what to replace those Chiang portraits with. Going back to the plum blossom? Replacing Chiang with other controversial politicians like Lee Teng-hui or Chen Shui-bian? Or honoring a famous Taiwanese person like former New York Yankee Chien Ming Wang, director Ang Lee or singer Jay Chou? Guess there aren’t too many great options. 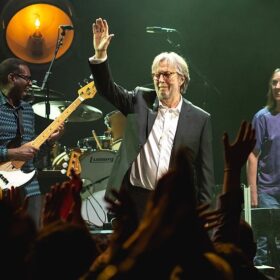 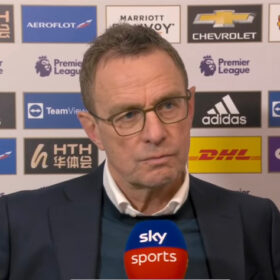