Comments Off on Career Killers: “Soul Dancing” by Taylor Dayne

It’s easy to forget, but at one point, Taylor Dayne was one of the biggest pop stars in the world.

The original Tay-Tay (you know, unless you count John Taylor, Mick Taylor, Roger Taylor of Queen, Roger Taylor of Duran Duran, or James Taylor) was a juggernaut from the moment she burst onto the scene in 1987, starting her career with nine consecutive Billboard Top 20 hits. In fact, each of her first seven singles hit the Top 10, including “Love Will Lead You Back,” which went to #1. She also charted well in Canada, Australia and the U.K., while several of her singles were big hits on the Billboard Dance charts. With her deep, soulful voice and dynamic range, she could seamlessly excel at a wide range of songs, including pop, R&B and ballads. In doing so, she amassed a large and devoted fan base — one that continues to support her to this day.

As the 90s got underway, it was clear that Taylor Dayne was a hit machine and pop star. What wasn’t clear, however, was whether she was an artist. Like her label-mate, Whitney Houston, Dayne’s first two albums were made up of songs from outside writers and handpicked by Arista boss Clive Davis for maximum commercial impact. For her third album, 1993’s Soul Dancing, Dayne was determined to prove she had the songwriting chops to go with her vocal and chart topping prowess.

It turns out that she did not.

As Davis tells it in his 2013 autobiography, The Soundtrack of My Life, Dayne was seemingly unstoppable after the smashing success of her first two albums, 1988’s Tell It To My Heart and 1989’s Can’t Fight Fate, and there was no reason to believe the good times wouldn’t continue with her third album. “Unlike Exposé, Taylor was able to transcend genre,” Davis recounted in his book. “She wasn’t identified with a specific type of material, and as long as the songs were good, she could really deliver on their potential. I considered her a long term artist.”

So what happened? According to Davis, “Taylor fell victim to her ambition to be a songwriter.”

For her part, Dayne was starting to chafe under Davis’s autocratic style and felt that she had earned the right to take greater control over her career.

That’s where I was coming in and starting to really collaborate with Soul Dancing and really wanting to stretch. And I think at some point the artist deserves the right to at least get in there without sabotaging themselves. That was always the thing: Don’t sabotage what we have. But at the same time, the cycle was changing.

As Dayne noted in her 2019 autobiography Tell it to My Heart: How I Lost My S#*T, Conquered My Fear, and Found My Voice, the music scene was changing rapidly, and she felt like she needed to start writing songs that reflected these new times. “R&B was dominating charts with TLC, En Vogue, Brownstone, Aaliyah, and Maxwell,” she noted. “Then there were bands like Nirvana and Pearl Jam, raw rock coming out of Seattle.”

Additionally, writing gave her a collection of songs that she felt proud of and had a strong connection with. “Naturally, writing the songs makes them take on a different level of interpretation. I feel those lyrics more,” Dayne said in a 1993 interview published in The Morning Call.

However, it also took a lot of time — time she didn’t necessarily have in a rapidly changing music scene. Dayne hadn’t written any songs before (at least none that were recorded), and songwriters rarely become great overnight. As Davis recalled, it took a while before she had enough songs for her next album. Whereas her first two albums were released within 21 months of one another, Soul Dancing came out nearly four years after its predecessor, Can’t Fight Fate. “The process took years – years during which she wasn’t on the radio, wasn’t visible to the public,” Davis said in his book. “For a singles-based artist, that’s a lifetime to be away, and you’d better come back with a blockbuster hit.”

That blockbuster hit did not come. Whereas she had once released killer singles like clockwork, Soul Dancing lacked anything approaching the quality of “Tell It To My Heart,” “I’ll Always Love You,” “With Every Beat of My Heart,” or “Love Will Lead You Back.” Instead, the lead single, a cover of Barry White’s classic, “Can’t Get Enough Of Your Love,” peaked at #20, making it her lowest charting single up to that point. Her second single, the Rick Hahn and George Thatcher-penned ballad “Send Me A Lover” failed to hit the Top 40 — something that had never happened to her before. Third single, the R&B dance number “I’ll Wait,” which was the first of her co-written songs to be released, failed to crack the Top 100.

Of course, I wanted my single to be first, but inevitably, he chose the remake of Barry White’s hit. After Whitney’s “I’m Every Woman” (with Clivillés & Cole), he felt this was the best way to go for the first single.

Taylor Dayne, Tell It To My Heart.

In retrospect, it was a bad look for Dayne that, on the album where she had made such a big deal about writing her own songs, her lead single was a cover tune. It was also an indictment of her songwriting — even though she ended up with co-writing credits on six of the 11 songs on Soul Dancing, many of those songs feel and sound like album filler. “Say a Prayer” and the title track both use similar synthesized drum beats and snare fills that characterized much of 90’s music – most notably Madonna’s “Vogue.” Perhaps that’s understandable, given how Shep Pettibone, who co-wrote and co-produced “Vogue,” is one of seven co-producers on Soul Dancing. He also co-wrote three songs with Dayne, including the aforementioned title track. Unfortunately, by aping those drum beats so conspicuously, it merely underlines how much inferior Dayne’s songs are compared to “Vogue.”

Meanwhile, on “I’ll Wait,” Dayne sounds like a knockoff Tina Turner on the verses, which is odd since she always had such a distinctive voice of her own. It’s also not that good of a song and would have made for a weak lead single — on that count, Davis was correct in opting for the Clivillés & Cole-produced “Can’t Get Enough of Your Love.”

In fact, for all of the talk about Dayne wanting to change with the times and create a more hip hop and R&B-influenced album, most of Soul Dancing sounds more or less consistent with her previous output. “Send Me a Lover,” “I Could Be Good For You,” “The Door To Your Heart,” “Memories,” and “If You Were Mine” are all ballads and make up nearly half of the album. In particular, the Diane Warren-penned “I Could Be Good For You” sounds like it could have been a decent album track on Tell It to My Heart or Can’t Fight Fate. The other Warren-penned song (it’s kind of hard to talk about changing with the times when you have two Diane Warren songs on your album), “The Door to Your Heart,” is a duet with Keith Washington, a 90s R&B singer/actor who really oversings and ends up sounding like a generic version of Michael Bolton on this track. You wonder why Dayne couldn’t just get Bolton to sing with her. Then again, getting a star of Bolton’s magnitude (at that time, he was one of the biggest selling male artists in the country) probably would have obligated her to release this song as a single. Given how much she had to struggle to even get “I’ll Wait” released, maybe she was worried about forcing her co-written songs even further down the queue.

That being said, this album does have some high points. For instance, she really sings the hell out of “Can’t Get Enough of Your Love.” It can be dangerous trying to sing an iconic song like that because you’ll never do better than the original artist — and in this case, who in their right mind would even dream of trying to outdo Barry White? Well, Dayne does a great job and comes very close to making the song her own. Turns out, Davis’s praise of her (“as long as the songs were good, she could really deliver on their potential”) was right on the money. “Send Me a Lover” is the kind of pensive love ballad that she’s always excelled at. She’s always been good at midtempo pop, too, and album track “Dance With a Stranger” confirms that.

Despite going gold in the U.S. and Canada, Soul Dancing marked the end Dayne’s chart dominance. Subsequent albums and singles have barely made much of a dent, although she did have several hits on the Billboard Dance Chart between 1995 and 2011. In the meantime, Dayne has continued touring and performing, and has even dabbled in acting, landing roles in Hollywood, Broadway and reality television — so it’s not like she ever went away or disappeared. She’s also been busy raising her three children as a single mother.

As it turns out, Soul Dancing wasn’t the rewarding creative experience that she had originally made it out to be. “Making that record wasn’t a particularly pleasant experience, and it put me in a large amount of debt to the record company,” she recalled in Tell It To My Heart. It also helped drive a wedge between her and Clive Davis, leading to her departure from Arista a few years later (but not before Davis made one last cash grab and released her greatest hits record in 1995 – it’s always a bad sign for an artist to do that after only three records, which Dayne pointed out in her book).

What I went through with Clive and the label, when things were good, they were great. He took me under his wing and guided me. His joy was to be around music and its greatness and to share that knowledge, often to a fault. I’ve made peace with that over the years, and I understand it better now than I could then. Maybe it was his approach, but when I felt controlled like I did with him, I reacted. It was instinctual. The tiger in me came out. I wish we could have worked together in a way that allowed us both to feel respected and appreciated… And I don’t acknowledge that just because had I realized it sooner, I might have had a few more hits; rather, because it would have helped me grow as a person.

Taylor Dayne, Tell It To My Heart

Davis, for his part, claimed that Dayne wrote him a letter years after their split “saying how deeply she regretted not listening to me years ago.” Davis also had regrets, namely that they couldn’t work together again because “too much time, too many years had elapsed for Top 40 to be a realistic goal.”

Then again, Tina Turner, Cher and Mariah Carey were able to stage successful comebacks. Why not the original Tay Tay? After all, Dayne still sounds great and has a strong fanbase, to boot. Come on, Clive! Lead her back! 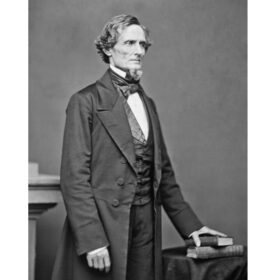 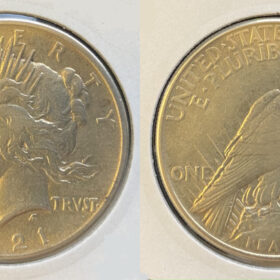