Plus, United’s luck seemed poised to run out. The team had made a habit out of squeezing out dramatic, last-minute victories – most notably in the F.A. Cup, where United equalized against Liverpool in the 86th minute of their fourth round match before winning in extra time and against Arsenal in the semi-finals, when Peter Schmeichel stopped a penalty in second half stoppage time and Ryan Giggs scored this wonder goal in extra time to win it. In the Champions League, United had been on the verge of being eliminated by Juventus in the semi-finals before Roy Keane spearheaded a dramatic come-from-behind win at the Stadio delle Alpi to qualify for the final.

Against Bayern, the usual pattern manifested itself. United had been thoroughly outplayed for most of the match, giving up an early goal to Mario Basler and seeing two Bayern shots hit the woodwork in the second half. The United offense barely troubled Bayern’s defense, and its all-world keeper Oliver Kahn was having such an easy match he could have done Jens Lehmann one better and gone for a nice leisurely trip to an actual bathroom with newspaper in hand and no one would have missed him. As the 90th minute hit, the clock was about to strike midnight on United’s Cinderella story – in fact, UEFA had gone so far as to put Bayern Munich’s ribbons on the trophy in preparation for the seemingly inevitable moment when Bayern captain Lothar Matthäus would finally lift the one major trophy that had eluded him.

In other words, United had them right where they wanted them.

In the 91st minute, David Beckham (arguably United’s best outfield player on the night – and again earlier this week when United’s ’99 Alumni Team beat a team of Bayern old timers in what was, possibly, the best United football played at Old Trafford in several months) sent in a corner kick that eventually found its way to Giggs at the top of the penalty area. He scuffed his shot on goal, but substitute striker Teddy Sheringham calmly re-directed it into the net for the equalizer. Two minutes later, Beckham sent in another corner that Sheringham headed across the face of goal. Fellow substitute Ole Gunnar Solskjær, standing in the right place at the right time, then volleyed it past Kahn for the win. Cue wild celebrations from United and displays of utter despair from Bayern.

“Football, bloody hell!” Ferguson said after the match, summing up the feelings of many people.

To commemorate this glorious day, I figured I’d show off my collection of Manchester United treble coins:

I bought this coin in 2015, when I visited Manchester and went on the Old Trafford stadium and museum tour. There’s a machine that dispenses these coins for £2. The design is fairly basic – the United crest on the obverse and the three trophies on the reverse. Nevertheless, it’s a nice-looking coin that serves as a good, affordable souvenir – and a definite step up from those elongated coins where you crush a penny with a hand crank.

This one is more of a medallion than a coin. Made of brass, this “coin” commemorates the Champions League win and features the names of 13 of United’s players on the reverse. I’m not sure what criteria they used to select the names in question. For instance, Beckham isn’t listed (there could be an issue with his image rights, which have always been a thorny matter). Other notable omissions include Final starters Jesper Blomquist and Ronny Johnsen and important reserves like Phil Neville or Wes Brown. Meanwhile, little-used defender David May (best known for inspiring this awesome chant about having more medals than Alan Shearer) made the cut. I guess this coin’s engraver had fond memories of May leading the celebrations in Barcelona that night.

Finally, this medallion is similar in design to the museum souvenir coin from above. Obviously, this one is a lot bigger, fancier, heavier and detailed than the museum coin – and much more expensive. Minted by Royal Selangor, a pewter manufacturer and retailer, this medallion has the United logo engraved on the obverse and the three trophies on the reverse. Overall, it’s quite a nice commemorative piece – albeit one that can be quite pricey. I got a good deal on a used one from eBay, but I’ve seen these go for over $50.

Ultimately, these coins provided me with a nice trip down memory lane. Given how bad last season went, it could be another 20 years before United challenges for a treble again… 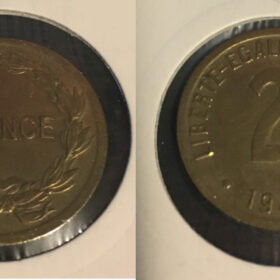 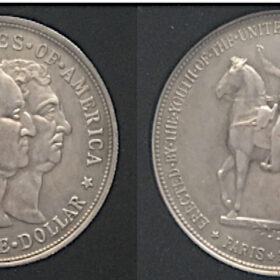