One year to the day that he announced his departure from One Direction, Malik (now stylized as “ZAYN”) released his solo debut album, Mind of Mine (stylized as “MIND OF MINE”- not to worry, his penchant for capitalizing random letters in words and, in some cases, entire song titles only gets worse from here). During those 366 days, he experienced a second high-profile breakup as his relationship with Little Mix singer Perrie Edwards went kaput amidst rumors of his infidelity. Those weren’t the only rumors he faced, as speculation abounded that he was kicked out of 1D because of substance abuse.

As a result of all this tumult, Malik, who had long been considered to be the “bad boy” of 1D, became “the next Robbie Williams” in the eyes of some in the media. Superficially, it was an apt comparison. Between his multiple tattoos and hair color changes, as well as a clear dislike for being in the boyband that launched his career, Malik seems to have followed the Robbie Williams playbook to a T.

Except when it came time to record his solo debut. Instead, Malik takes a page from Justin Timberlake’s book by creating a slick R&B-influenced record that showcases his smoky voice and impressive range. Rather than take the easy way out and sign up Max Martin to cobble together a bunch of uptempo, radio-friendly songs (which ex-bandmate Harry Styles is, reportedly, doing), Malik went in a different direction by moving as far away from bubble-gum pop as he possibly could. Instead, Malik’s lyrics are dark, personal and explicit as he talks about getting high, cheating, breaking up and having lots and lots of sex. “You don’t know you’re beautiful” has about as much place on this album as free-form improvisational jazz.

In fact, when Malik sings in middle register he sounds a lot like Robin Thicke (or “THICKE,” as he used to be known as, so there’s something else they have in common), and his downbeat songs and honest, explicit lyrics make Mind of Mine sound more like Paula than Up All Night. Lead single “Pillowtalk” (a/k/a/ “PILLOWTALK” – seriously, I’m just going to assume that someone inadvertently pressed the caps lock key during the album design process) is an excellent example of Malik’s new direction. The sultry, seductive number is clearly an attempt by Malik to shake off his pop image, what with lyrics like: “A place that is so pure, so dirty and raw/ Be in the bed all day, bed all day, bed all day/ Fucking in, fighting on/ It’s our paradise and it’s our war zone.” It’s a catchy song that allows Malik to really show off his vocal range in a way he didn’t get to in 1D, where he always seemed to take a backseat to Harry and Liam.

There are plenty of other songs about sex, love, and heartbreak on the album, including numerous references to his failed relationship. On It’s You (a/k/a “iT’s YoU” –  has ZAYN been hanging around with tUnE-yArDs?) Malik sings: “She don’t, she don’t, she don’t/ Give a fuck/ About what I need.” On “She Doesn’t Love Me” (a/k/a, you guessed it: “SHE DOESN’T LOVE ME”), he seemingly confirms rampant rumors about his infidelity towards Edwards, singing: “I think I know she don’t love me / That’s why I fuck around.” Of course, things aren’t all bad for him. He’s rebounded with a new love, model Gigi Hadid, and she seems to be the one he credits with snapping him out of his funk. On “Bright” (sorry, “BRIGHT”), he reveals: “I found my life in between shots and getting high/ The cage I was in fell away when she asked me to dance again.”

His former band also looms large in the background, as at least two songs seem to reference 1D. “Befour” (I mean, “BeFoUr”) is as close to a diss-track as you’ll hear, as Malik seems to make a bunch of references to his departure from the band, as well as his feelings of creatively stifled. “Time for me to move up/ So many hours have gone/ Heart beats the pump of my blood/ No strings for you to pull on/ You’ve got your tongue in your cheek/ So pardon if I don’t speak/ Can’t tune my chords into your songs, no.” On “Truth,” (yeah, “tRuTh” – maybe all of the capitalized letters form a secret code or something), he goes even further, singing: “Don’t know how many times I’ve had to say this to you/ This ain’t my scene/ This wasn’t my dream/ It was all yours.”

After an interesting Urdu-inspired interlude that occurs at the midway point, the second half of the album takes a nosedive in terms of quality. With the exception of the infectious second single, “LIKE I WOULD” (which is only available on the deluxe version of the album in a canny bit of marketing by Malik and the powers that be), most of the songs on the latter half of the album are forgettable and monotonous. He also beats his various leitmotifs into the ground. Did you know he was stuck in several bad relationships? Or that he’s an adult who likes to do adult things? Or that he hated being in 1D even though he wouldn’t be famous, rich or have a record deal right now had he not been in the boyband?

The biggest problem with the record is that Malik tries so hard to be serious and introspective that he forgets to have fun, and fun was always a major part of 1D’s appeal.  Even Williams and Timberlake usually make sure to have fun on their solo records. Malik seems overly intent on proving he’s a serious artist, yet his angst seems inauthentic – despite the fact we know about some of the adversity he’s gone through. After all, Malik didn’t sign his record deal until the end of July, meaning he recorded this entire album (plus all the bonus tracks) in only a few months. How many of his songs are really from him? Or is he relying on the same type of operation that his former band and many other pop stars use where outside songwriters and producers do most of the work and the artist/band just shows up to sing and gets a token songwriting credit for their efforts (“change a word, get a third”)? Looking at the songwriting credits on Mind of Mine, it seems like this is the case.

Ultimately, there is enough on Mind of Mine to indicate that ZAYN could be a breakout pop star. Whether he’ll hit the same heights that Robbie Williams did remains to be seen. 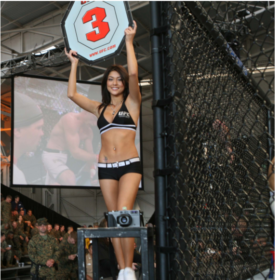 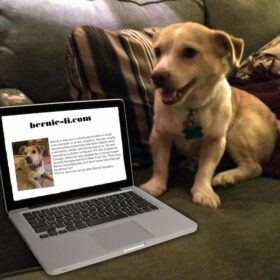