Welcome to “Career Killers” – a look at albums that were so bad, ill-conceived, or disastrous that they took down (or irreparably damaged) the artist or band that recorded them. So here’s the first entry. Let’s see how long I stick with this.

In the early 90s, faced with changing musical tastes, overexposure, an intense critical backlash, and its own fans growing out of bubblegum pop, New Kids on the Block decided it needed to change. Out went the name (they started going by more adult sounding “NKOTB”) as well as its longtime association with boyband Svengali Maurice Starr. Most importantly, it was time for a new sound. For its fourth studio album, 1994’s Face the Music, the band, which was created as a successor group to New Edition, would instead adopt the New Jack swing and hip-hop stylings of its spinoff group, Bell Biv Devoe.

It was not successful.

The band had actually foreshadowed its change in direction in 1990, when it released No More Games/The Remix Album. Featuring a much more pronounced hip-hop sound (C&C Music Factory produced several of the remixes, while Freedom Williams rapped on the remix for “Call It What You Want“) along with a lot more of Donnie Wahlberg’s rapping, the genre shift was confirmed when Face The Music came out.

On paper, it could have worked and the band could have established itself as a credible New Jack swing group. They were already great dancers and could sing in harmony. Donnie’s rapping was serviceable (certainly no worse than his brother’s), while Jordan Knight was already a fantastic and versatile vocalist. Meanwhile, Joe McIntyre’s voice had matured giving them another legitimate frontman. Throw in Danny Wood’s deep baritone, which was perfect for spoken word interludes, and Jonathan Knight’s, uh, ability to look good and blend in, I guess, and the pieces were there for a successful transition.

Most importantly, they actually delivered a good album. Perhaps the nicest thing I can say about it is that it doesn’t come off as phony. In fact, the band members have all said they grew up listening to hip hop and R&B, so this album is closer to who they really were than Hanging Tough or Step by Step. Had this record come from a different band – or if it had been NKOTB’s first or second album – then it might have been more successful.

For instance, lead single “Dirty Dawg” is an undeniably catchy song with great production. And speaking of great production, no less of a New Jack swing authority than Teddy Riley drops in to lend his distinctive talents to three songs on the album. One of them, “You Got the Flavor,” is an uptempo dance number featuring a ferocious drum-and-electronic-effect, a catchy hook, and a surprisingly aggressive rap from Donnie. It’s a one of the best songs on the album and, had it been released by someone like Bobby Brown or Blackstreet, it might have been a big hit.

The other two Riley-helmed songs are similarly catchy and well-executed. On “Girls,” Jordan sings and Donnie raps about how great women are – continuing a theme of the band talking about how much they love their female fans (see “Tonight”). Meanwhile, second single “Never Let You Go” is a smooth ballad that relies on Jordan’s falsetto singing and, once again, Donnie’s rapping.

This is probably the right time to warn listeners that if you don’t like Donnie Wahlberg’s rapping, then you will want to skip this album. Not counting the spoken-word intro, in which he calls “bullshit” on allegations the band were lip-synchers a la Milli Vanilli, Marky Mark’s big bro raps on four songs. He’s not a bad rapper, but he gets completely blown out of the water by Nice & Smooth, who do the rap part on “Dirty Dawg.” Other than a questionable rhyme about why women want to act like a tramp, a wet food stamp (What’s so bad about a wet food stamp? Just wait for it to dry and it’s good as new, right?), the rap duo gives the song its bite.

The album does get a little repetitive, and at nearly 65 minutes, it runs about two songs too long. “If You Go Away” is one of the band’s best songs and features beautiful co-lead vocals from Jordan and Joe (the two best singers in the band). But it really shouldn’t be on this album, having previously been released as a new single on the band’s 1991 greatest hits album. Perhaps the label was trying to goose sales of this record by including it. Or maybe the band wanted at least one classic-sounding New Kids song on the album so as not to drive away all of their fans.

Then again, their efforts were probably in vain. In retrospect, it’s clear that Face the Music was never going to be successful. Watching them call women “dirty dawgs” while appearing in a “Poison”-style video was much too jarring a change for anyone who had gotten to know the band through songs like “You Got It (The Right Stuff),” “Please Don’t Go Girl,” “Step By Step” or “Tonight.” Or through the band’s lunchboxes, dolls, phones, buttons, trading cards, shower curtains (for all of you who wanted to have Jordan, Jonathan, Joe, Danny and Donnie stare at you while you take a bath) and Saturday morning cartoon, among many other things.

The public was never going to be able to separate NKOTB’s squeaky clean bubblegum pop persona from the harder-edged street tough image it adopted for Face the Music, essentially dooming the album before it ever saw the light of day. Despite receiving solid reviews, the album flopped badly when it was released, selling only 138,000 copies in the U.S. as of 2008, compared to 8 million copies of Hangin’ Tough and 3 million for Step By Step in the U.S. Jonathan quit right before the tour, which saw the band performing in small theaters – a far cry from the sold-out arenas and stadiums it had played to in the years prior. After several show cancellations due to lack of ticket sales, the band split up and didn’t perform again until 2008, when it reunited as, essentially, an oldies act.

Nowadays, they tend to headline 90s nostalgia tours or multi-boyband tours. According to Setlist.fm, they rarely ever perform songs from Face the Music. It makes sense. After all, those songs don’t really fit in with the rest of the band’s discography and most fans attending the 90s Mixtape Tour or the Package Tour probably haven’t even heard of “Dirty Dawg” much less want to see it performed live.

In a career of staggering highs and lows, Face the Music represents the nadir of the New Kids – a well-intentioned but ultimately futile attempt to revitalize their careers at a time when the music industry was undergoing a sea change that sank many of their fellow pop and rock groups. Instead of appreciating the quality of the album, it’s been written off as a desperate attempt to stay relevant by a bunch of phony poseurs in the vein of Hammer’s failed foray into gangsta rap or Vanilla Ice’s brief stint as a Cypress Hill-style stoner.

Face the Music provides a fascinating look at what might have been. Too bad it never really had a chance. 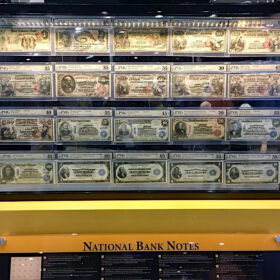 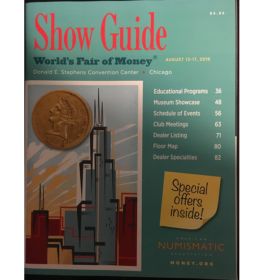