Comments Off on Marouane The Destroyer

Other than a few bright moments of good form during the intervening three years, the lanky Belgian hadn’t come close to living up to his £27.5 million fee. Worse, he was a constant, unwelcome reminder of United’s post-Ferguson malaise. The former Everton player was always seen as David Moyes’s man and epitomized The Chosen One’s reign of error. He also came to represent Louis van Gaal’s tactical limitations; many of his best moments in a United shirt came as the designated “Plan B” where he’d simply camp out in the box and try to head his teammates’ hopeful crosses into the goal. Pundits, United alums and Michael Owen all agreed that Fellaini wasn’t good enough to play for Manchester United. With Mourinho taking the reins, it seemed like a fait accompli  that Fellaini would be packing his bags – probably to Sunderland to reunite with Moyes, the man who had been like a father to him.

After all, Mourinho used to game-plan around Fellaini when the latter was at Everton. The big man with the bionic elbows and the giant ‘fro was one of the few Premier League midfielders that could stand up to Chelsea’s physical players and his prowess in the air gave Mourinho nightmares. In fact, the Special One respected him so much that he specifically sicced Kurt Zouma on him when Chelsea played Manchester United late in the 2014-15 season for the sole purpose of taking Fellaini out of the match. Fellaini is big and strong and is the kind of midfield enforcer that Mourinho loves having on his teams. Mourinho also loves taking players who have lost some confidence and building them back up (like he did with Frank Lampard). Little wonder, then, that one of the first players Mourinho called after getting the United job was Fellaini.

“Maybe a simple phone call can make a difference,” Mourinho said after United’s 2-0 win over Southampton on Aug. 29. “The player that was feeling not loved, a player that was feeling when the market opened, everybody was saying he was leaving, everybody was writing was not the player for me, he was on the move, maybe a simple phone call the day after my presentation changed a lot. Because I told him just simply, ‘Forget everything you read, forget everything, with me you don’t leave for sure.’ Maybe that word of confidence – unexpected for him – maybe changed and I think the more organized the team played the easier for the players to feel confident.”

Indeed, Mourinho has taken time out during his three post-match press conferences to praise Fellaini. After the season opening win against Bournemouth, Mourinho said: “With Fellaini, I always have the feeling that he was not loved by the general red people. But, if he plays like he’s playing now, they have to love him because he’s being so important for us.”

Mourinho’s confidence has paid off in spades. During the first three matches of the Premier League season, Fellaini has been an absolute beast for United. Playing a similar role that Nemanja Matic did, cleaning up for Cesc Fabregas during Chelsea’s last title winning campaign, Fellaini has slotted in, seamlessly, as Paul Pogba’s midfield partner, doing the dirty work and plugging the gaps so that United’s world record signing can freelance around the pitch. Over the first few United matches, he has been deployed, primarily, as a ball-winner and midfield destroyer and he’s been fantastic. So far, in this fledgling season, only one player who has won 10 or more aerial duels has won them at a better rate than Fellaini (who has won 11 out of 20), according to Squawka (Liverpool’s Dejan Lovren has won 12 out of 20). Only two midfielders have more interceptions than Fellaini’s 7. Discipline has always been (and always will be) a problem, but so far, he’s been fairly well-behaved. He’s only had one yellow card this season (which came in the early moments of Sunday’s 1-0 win over Hull, after which he performed very well considering he was on a tightrope for the balance of the match), and he’s committed 4 fouls (22nd most in the League, thus far, according to Squawka).

Time will tell whether this is the beginning of Fellaini’s renaissance at United. He picked up a back injury during the Hull match and could be out for a while (no word on how he picked it up – maybe when he was saving this fan from being trampled to death?). Don’t bet on him losing his place, though. If anything, Mou is probably counting down the days until Fellaini gets back. 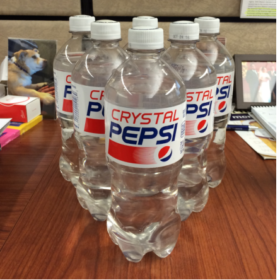 Sweet Nectar of the Gods!