Comments Off on Album Review: “Man of the Woods” by Justin Timberlake

It used to be the other way around. When he released The 20/20 Experience in 2013, he had, essentially, become critic-proof. After the massive success of his solo debut, Justified and the paradigm-altering FutureSex/LoveSounds, Timberlake took a seven-year hiatus and kept music fans (to say nothing of a changing music industry, which desperately missed a star of his magnitude) waiting in eager anticipation to the point where he could have released an album of him snoring and it would have gone multi-platinum and garnered rave reviews.

When The 20/20 Experience finally came out, critics and fans were so happy that he had decided to put his uneven movie career on hold to come back to doing what he does best that they overlooked the absurdly long and monotonous songs that Timberlake had chalked up to wanting to release an album of epics a la Led Zeppelin (forgetting the fact that Zeppelin’s epics often featured multiple verses and long guitar solos – something that his songs lacked). There was even talk that he was about to become the male version of Beyoncé – an artist so beloved and ahead of the pack that it didn’t matter whether or not his songs were good, only that he had deigned to release something in the first place.

Those days are long gone. On Friday, the “President of Pop” released his fifth solo album (fourth, if you count the two 20/20 albums as one) to mediocre, even savage reviews. It didn’t help that Timberlake, one of the savviest and charmed pop stars around, made some uncharacteristic missteps during the run-up to its release.

For example, he opened himself up to all sorts of criticism for his politically-themed video for second-single “Supplies.” Timberlake has never seemed particularly interested in politics or political issues, and as recently as last year used his nonpolitical nature as a selling point. So it seemed disingenuous for him to release a #MeToo-themed video (or, as the New York Post put it: “Justin Timberlake tries, and fails, to be ‘woke’”) featuring images of Harvey Weinstein, women’s marches and “Pussy Grabs Back” shirts. In fact, plenty of people took him to task on social media, wondering why, if he’s so “woke,” he seems okay with working with alleged sexual predators like Woody Allen. It’s almost like he knows that things have changed irrevocably and he needs to, at the very least, pay lip service to the new post-Trump reality.

He hurt his cause some more with an underwhelming performance at the Super Bowl halftime show that featured a poorly-received Prince tribute (that was almost a whole lot worse than what we eventually got). The very fact that he was doing the show after what happened the last time he played at the big game was supposed to be confirmation of his bulletproof-ness. The “wardrobe malfunction” was a watershed event that led to stricter regulation of the airwaves and the near total collapse of Janet Jackson’s career. Timberlake, however, paid almost no price for his role – in fact, he wasn’t even the NSYNCer who was most adversely affected by it. J.C. Chasez was pulled from performing at the Pro Bowl the following week at a time when his solo career was hanging by a thread and could have used any boost.

All of this seems to have overshadowed his latest album. Man of the Woods is, on the whole, an easier album to listen to than The 20/20 Experience. The songs are tighter and less artificially inflated, while being a father has, clearly, inspired Timberlake artistically (as opposed to 20/20 which was, seemingly, inspired by a contractual obligation). The album title is even a reference to his son’s name, Silas, which means “of the forest.” Despite that, his son only directly inspires one song on the album, the closing tune “Young Man.” The track includes Justin and wife Jessica Biel cooing to their newborn before Timberlake launches into a sweet and sentimental acoustic-flavored song that Silas will, surely, find embarrassing when he gets older.

Plus, the song is wholly out of place on an album that, seemingly, focuses more on Silas’s conception. “No, this ain’t the cleeean version,” Timberlake screeches at the beginning of lead single “Filthy,” a catchy albeit over-produced number (even more over-produced than his songs tend to be). It gets better after a few listens but is, by far, the weakest lead-single of his career. In fact, the entire album suffers from a lack of standout singles like the ones he had on Justified, FutureSex and the first 20/20. The aforementioned “Supplies” contains lines like “I’ll be the wood when you need heat” and “I’ll be the generator, turn me on when you need electricity.” I imagine Timberlake felt this song was appropriate for his “woke-themed” video because of the line about how he “saw you being cornered by some guy you used to know /Stepped in between the both of y’all, said “I’m leaving, do you wanna go?” Another adult-themed song is “Morning Light,” his soulful duet with Alicia Keys about post-coital bliss that’s the best song on the album. Their voices mesh well together and the laid-back-after-getting-laid vibe of the song is perfect for the subject matter.

The other duet, third single “Say Something” with country star Chris Stapleton, is less memorable and illustrates the two competing forces at play on this album. Adopting a farmer/lumberjack-type persona for this record, Timberlake seems to be distancing himself from his refined “Suit & Tie” persona from 20/20. He tries to re-affirm this with song titles like “Living Off the Land,” “Breeze Off the Pond,” “Montana” and “Flannel.” The logical move for Timberlake would have been to abandon the type of sleek R&B hooks he’s known for to release a raw, acoustic, under-produced album a la Bob Dylan or Neil Young. Instead, “Say Something,” and the album, as a whole, is caught between both of those worlds- in the end, it’s not quite folksy enough to seem like a departure and it’s a little too folksy compared to his previous work.

The other driving force is nostalgia. Perhaps fatherhood has caused him to reflect on his own childhood in Tennessee. “Y’all can’t do better than this,” Timberlake declares at the beginning of “Midnight Summer Jam.” “Act like the South ain’t the shit, act like the South ain’t the shit.” Timberlake has never hidden or run from his roots (heck, his restaurant in New York is called “Southern Hospitality”). As he became more of a global figure, it was easy to forget where he came from – just like how most people have probably forgotten where Beyoncé is from (it’s Houston, Texas, not Mount Olympus). However, his desire to show pride in his roots comes at an awkward time – after all, the South is Donald Trump’s main power base and he has pledged fealty to many in Dixie by advocating on behalf of preserving Confederate monuments and rushing to condemn “both sides” after Charlottesville instead of just the KKK and neo-Nazi marchers. Maybe his video for “Supplies” was a move to try and blunt the backlash he thought he would receive for his pro-Southern views. Much like with the production on his album, he was trying to have his cake and eat it too.

Which, of course, makes it strange that Timberlake would Tweet this out:

Random question: Can someone please explain the saying, “You just want your cake and to eat it too.”

What else am I about to do with a cake??

Predictably, Dylan Farrow, Woody Allen’s daughter and one of his most outspoken accusers, took JT to task, explaining that “having your cake and eating it too” was like trying to support #TIMESUP while continuing to work with accused sexual predators like Allen. “I chose to not get into it — I really don’t dive into any of that stuff with anybody,” Timberlake told The Hollywood Reporter in a somewhat meek response to Farrow.

Trying “not to get into it” might not be good enough anymore. Much like best-buddy Jimmy Fallon, Timberlake is learning that, at least in this day and age, it’s not enough to be the fun-loving guy who just wants to entertain and refrain from commenting on social or political issues. And it’s certainly not okay to try and straddle both sides of the fence. 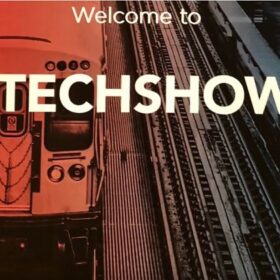