Comments Off on The Born Winner

Once the transfer rumors started up, it seemed like more of the same. Schweinsteiger was probably just using United’s interest as leverage for a new contract. That’s assuming United was even interested. After all, Schweinsteiger is about to turn 31, and as we saw with Van Persie, older players have almost no re-sale value. Plus, he had clearly fallen down the pecking order at Bayern. No doubt, it was because the team’s midfield was absolutely stacked with talent, but how much of it was because of Schweinsteiger’s recent spate of injuries and possible loss of form? Sure, Schweinsteiger needed to be on a team where he’d play regularly, and United certainly fit the bill. But would he really leave Bayern, the team he’s proudly represented for 17 years?

Turns out, he would. United confounded expectations and pulled off one of true transfer coups of the summer. The rumor-mill went into overdrive on Friday with talk that the deal was all but done for Schweinsteiger to become the first German player in Manchester United history (goalkeeper Ron-Robert Zieler never made any senior appearances for the club). On Saturday, both clubs confirmed the deal was imminent and Schweinsteiger was officially unveiled on Monday- hours before the club was set to fly to the U.S. for preseason training. In the end, he’ll cost £14 million – one of the largest fees ever for a player over the age of 30.

In retrospect, we all should have seen this divorce coming. Pep Guardiola has never been shy about forcing out players who don’t fit into his system, and Schweinsteiger seemed to be a square peg. Xabi Alonso had seemingly supplanted him as first-choice in central midfield, and Schweinsteiger was said to be worried about falling even further down the totem pole at the expense of players like Thiago Alcantara (a Pep Guardiola favorite), Javi Martinez and Juan Bernat. As newly-minted captain of Germany, it would have been pretty embarrassing for him to miss out on Euro 2016 due to lack of playing time at Bayern.

Meanwhile, Bayern and Schweinsteiger were both surprisingly passive-aggressive when it came to addressing their future together. In January, Schweinsteiger was remarkably open about his reluctance to negotiate new terms. Bayern, meanwhile, said all the right things about wanting him to stay, but always kept the door for him to leave in case he wanted to. United never would have said that about Ryan Giggs or Paul Scholes (or even Gary Neville). Surely, once Schweinsteiger got an offer from a club that he’d always admired, his head was going to be turned. Plus, let’s be honest. Schweinsteiger may be past his prime, but he’s still better than United’s current options when it comes to protecting the defense and launching attacks with his passing. He might need a more defensive-minded player to play next to him so that he can focus on running the offense. This explains why United remain interested in Morgan Schneiderlin.

In any event, this deal has the potential to help both clubs. For Bayern, it’s a fantastic piece of business and frees up playing time for several talented midfielders. While the sale of the influential and popular Schweinsteiger hasn’t gone down well with the players or the fans, the move allows Guardiola to consolidate control over his team and could set the stage for the manager to re-up his contract, which expires in 2016. The move also serves as a “hands off” warning to United when it comes to another seemingly unsettled Bayern player: Thomas Müller. It wouldn’t surprise me if there was a gentlemen’s agreement in place so that Bayern agreed to let Schweinsteiger’s transfer go through smoothly in exchange for a promise from United not to pursue a Müller transfer this summer.

United, meanwhile, gets a world-class talent who brings a winning mentality to the club. Don’t underestimate how important that is. Last season, United only won one match all season when it conceded first – the Manchester derby in April. Under Ferguson, United always seemed to come back and win when it needed to. United have had a huge leadership vacuum ever since Giggs and Scholes retired and Ferdinand, Vidic and Evra decamped for other clubs. If Schweinsteiger can step in and provide the kind of leadership that’s been sorely missing over the last couple of years, then he’ll be worth every penny. 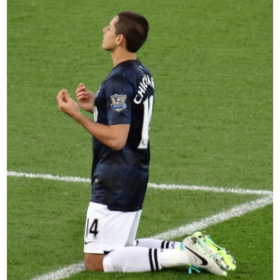