Little did they realize that they were starting me on the path to becoming a writer. Heck, I didn’t even realize it at the time. I’m sure Georgeann didn’t realize it either. After all, not everyone who comes through the Institute is destined to be a writer- and I was certainly no better or worse than the hundreds of kids who signed up.

But the Young Writers Institute is where I learned that I could be a writer if I wanted to. The best part of the program was that it didn’t try and make you do things you didn’t want to do. If you hated poetry and wanted to only write fiction, you could. If you were interested in journalism, you could do that too (in fact, the very first story I ever published was a story about the program written with two other students in my class). For me, I had never tried my hand at writing satire before doing the Institute. My piece on George H.W. Bush’s White House was so well received that Georgeann got the (now-defunct) Pittsburgh Press to run an excerpt of it. They even interviewed me for good measure. I remember being very nervous when the reporter from the Press spoke to me, but Georgeann was there and made sure I was relaxed and didn’t say anything stupid. That’s what I always remembered about her. That and the rose tattoo on her wrist. We all thought she was a real badass for having that.

Georgeann died over Memorial Day in 2003 of a self-inflicted gunshot wound. According to this link, her husband followed her example and shot himself to death a couple of months later. At the time of her death, things seemed to be looking up for her. She had just gotten her MFA from Johns Hopkins and had some good opportunities on the table from both the University of Pittsburgh and Carnegie Mellon University.

I found two of her poems online and it seems like she was a very sentimental person who valued her family. In “Grandmother,” she talks about how her grandmother came to the United States by herself in 1911. She was full of optimism at the prospect of making a better life for herself in the land of opportunity, only to be burdened by a thankless job and familial tragedy. She spent every morning at Mass, “lighting a candle for a prayer to be answered.” The poem ends with the line “I want to know my grandmother.” I can’t help but wonder what Georgeann was trying to say. Was her grandmother bitter with life and praying to God to intervene and either take her away or make things better? Was she impressed that her grandmother’s faith never wavered despite all the difficulties she had faced? When she says she wanted to know her grandmother, was she hoping that her grandmother could empathize with the pain she was experiencing and help her get through it?

I’ll never know why she chose to end her life. All I can say is that she had a tremendous influence on me and is one of the reasons why I am writer. She touched the lives of so many children and who knows how many of them are also writers now because of her? I only wish she had decided to stick around and inspire another generation of children. I wish more kids could have known her.

Rest in peace, Georgeann. Thanks for everything. 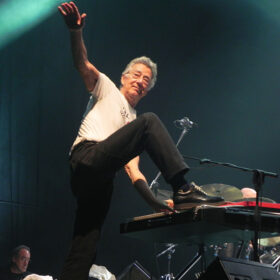 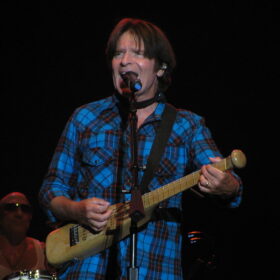